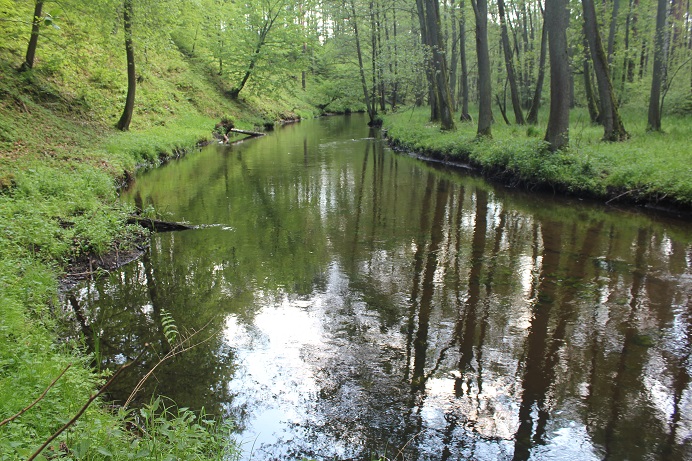 The Niechwaszcz is a small river, which is a right tributary of the Wda River. In the upper stretch between the Zbrzyca River in Leśno to the village of Chłopowy (the Brusy – Czersk road) the route is inaccessible for kayaks. You can start kayaking in Chłopowy and finish in Czarna Woda. From Chłopowy onwards, the river is up to 10-20 m wide and regulated. You follow a section between vast meadows, in a wide valley. Then there is a bridge on the Mokre – Zamość road. You are halfway down your kayaking trip. Now you pass under the railway bridge on the Czersk-Bąk line, and a few hundred metres further you pass under another, this time a road bridge on the Czersk-Mielno road. The village of Dębowiec can be seen in the distance. Gradually, the current in the river gains speed and you enter woodland, which will accompany you with small breaks until you reach Czarna Woda. On the way, there is a gate near the village of Mniszek and the river deepens. After passing the forest, you reach the village of Pustki and the bridge on the Mokre-Odry road; you can see individual homesteads scattered along the river over a long stretch. The short section downstream of the village of Mniszek features quite a lot of trees fallen by beavers. Another bridge, this time between the villages of Gotelp and Wojtal; a nice section of the river, the current becomes fast and you go through a valley. The route approaches the village of Zawada, passing under the railway bridge on the Kościerzyna – Bydgoszcz line, and enters a mill pond. A fork in the river. A portage over a weir next to the hydroelectric power station. The final section to the river mouth above Czarna Woda is the most interesting on the whole route: it meanders strongly, has a big drop, is rocky and very narrow in places. The current is very swift, there are underwater boulders, rapids, and fallen trees. Ahead of you is the mouth of the Niechwaszcz River at the Wda River. You continue on the Wda River for about 1.5 km to Czarna Woda. 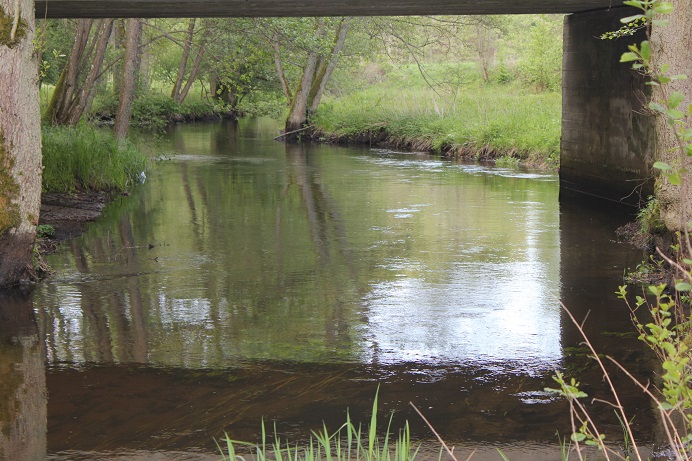 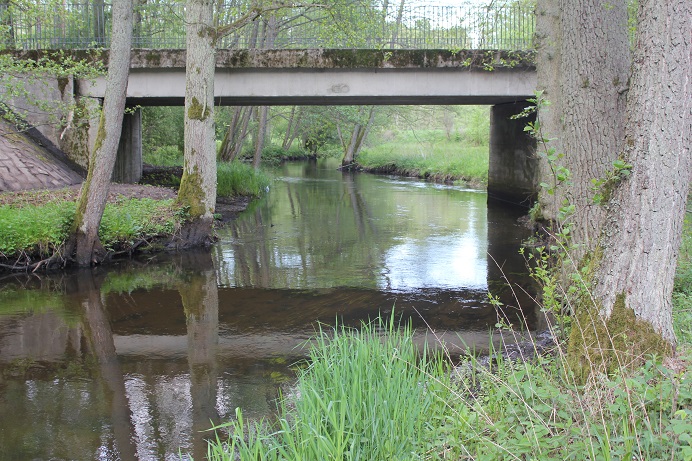 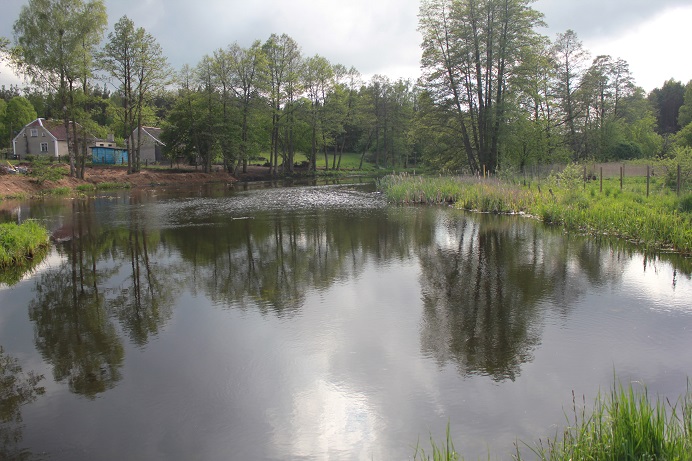 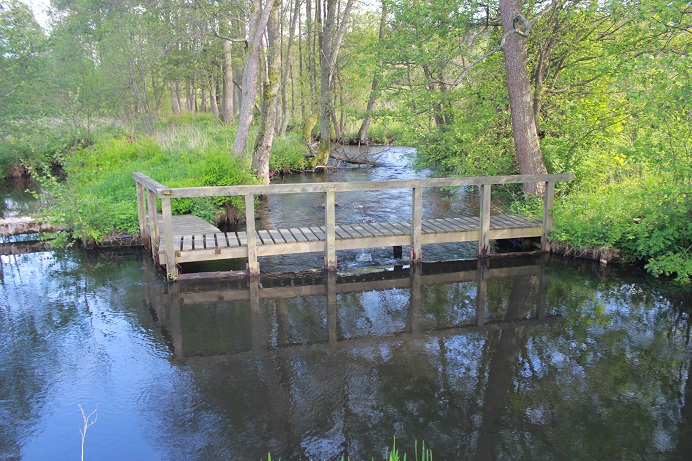