The wild side of adventure
Łupawa 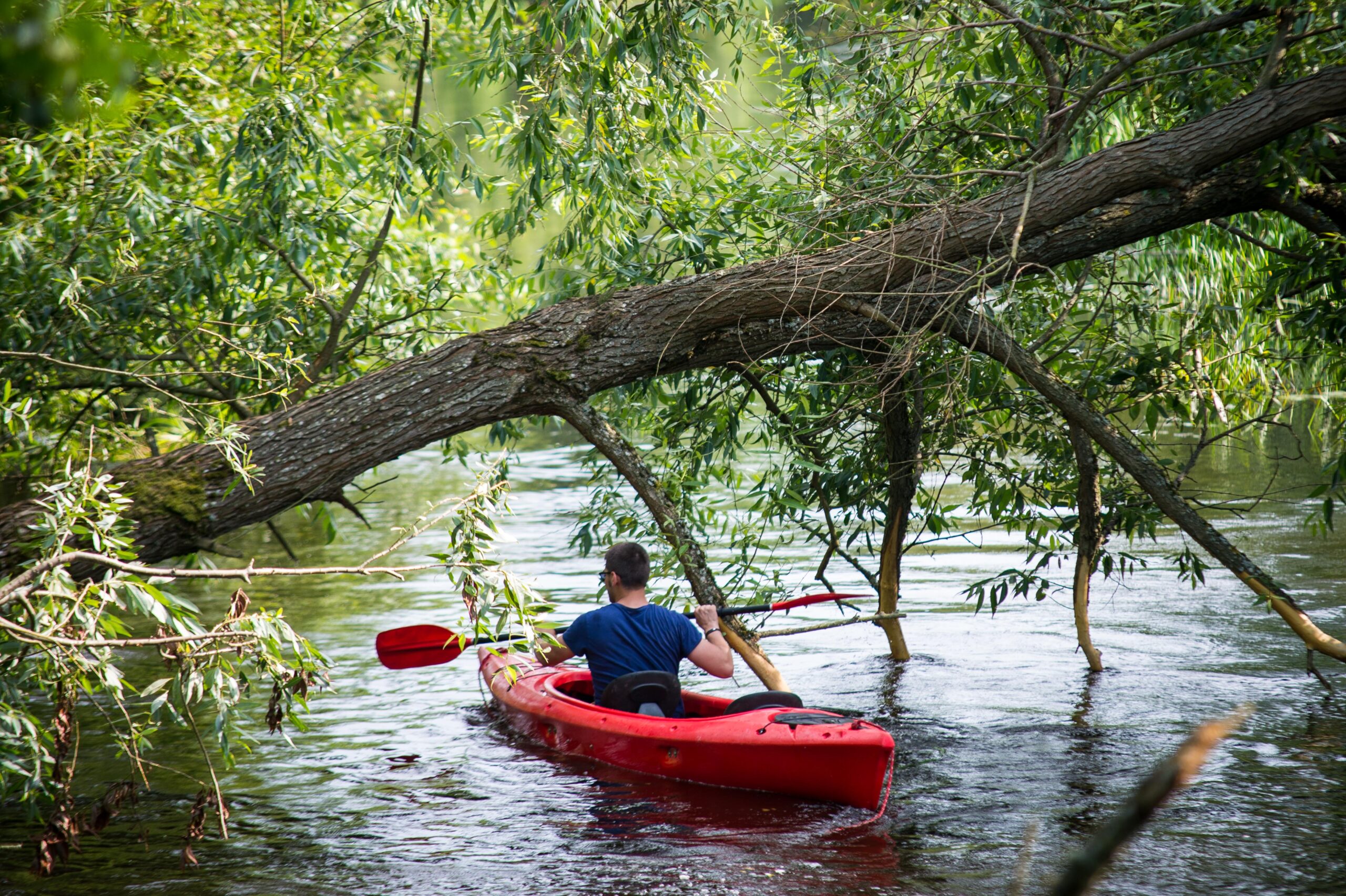 The Jasień Lake is one of the largest lakes of the Kashubian Lake District (577 ha). It possesses a diverse coastal line and seven uninhabited islands. The lake is 32 m deep and includes a number of tourist locations. The most popular are Jasień and Łupawsko. Kozin is a small settlement near Czarna Dąbrówka. It includes the mouth of Bukowina, picturesque ruins of railroad bridges on the “Rolled Railroad” Bytów – Lębork trail, water power plant on Bukowina, and a trout farm. Łupawa. A village in which the main office of the forest inspectorate and a large kayaking marina are located. A water power plant has been constructed by the old mill, and the nearby forest includes a megalithic burial ground. Water power plants on Łupawa. The energy of the water carried by the rapid Łupawa is harnessed by as many as six water power plants. They are located in Łupawia, Poganice, Łebie, Drzeżewo, Żelkowo, and Smołdzin. The most interesting ones are the constructions in Poganice and Żelkowo. In the first one, a “climatic” inn and restaurant are located by the power plant, whereas in the case of the second one – the unique construction of the power plant’s building resembles rather a railroad station or palace. Smołdzino. A commune village at the Słowińskie Shoreland, at the edge of the Słowiński National Park. It is the location of the Park and Nature Museum management office, a water power plant, as well as multiple tourist quarters. The surrounding landscape is worth seeing from an observation tower at the top of Rowokół Hill (115 m a. s. l.) – in the past a saint hill of Słowińcy. Gardno Lake. A shallow, seaside lake with the area of almost 2.5 thousand ha, located in the Słowiński National Park. It is available for kayakers only in its south side.
There are legends about Łupawa. Broken kayaks on the trees, and stories about tormented kayakers… How much truth is there? Wild, full of challenges, long, fast, with mostly rocky riffles, canyons, and trees which are difficult to pass – that’s central Łupawa. If it is selected as the trip’s destination then it guarantees extreme experiences and a one of a kind feeling when the waters of the river enter the inside of the kayak. The multitude of alternative paths provided by the appearing islands with fragments of an old wilderness through which the river flows, give these landscapes a magical look. Such a character is evident especially in the section between Kozin and Damno Młyn, recommended for experienced kayakers. It provides unforgettable experiences and allows to have a taste of real madness on a river with a mountain character. The river is calmer after Damno, although its bed still includes fallen trees which appear less and less often as the trail goes on. The upper section of the trail is also calm. It goes through a number of Kashubian lakes and is also suitable for beginner kayakers. The river flows into the sea in Rowy, but the trip should be ended in Gardna Mała. At the Gardno Lake, located at the Słowiński National Park (north from the strait line connecting the Łupawa mouth to the Gardno lake with the Grabownica river mouth), kayaking is prohibited. Only the south part of the lake, limited by the above mentioned line, is available for recreation. 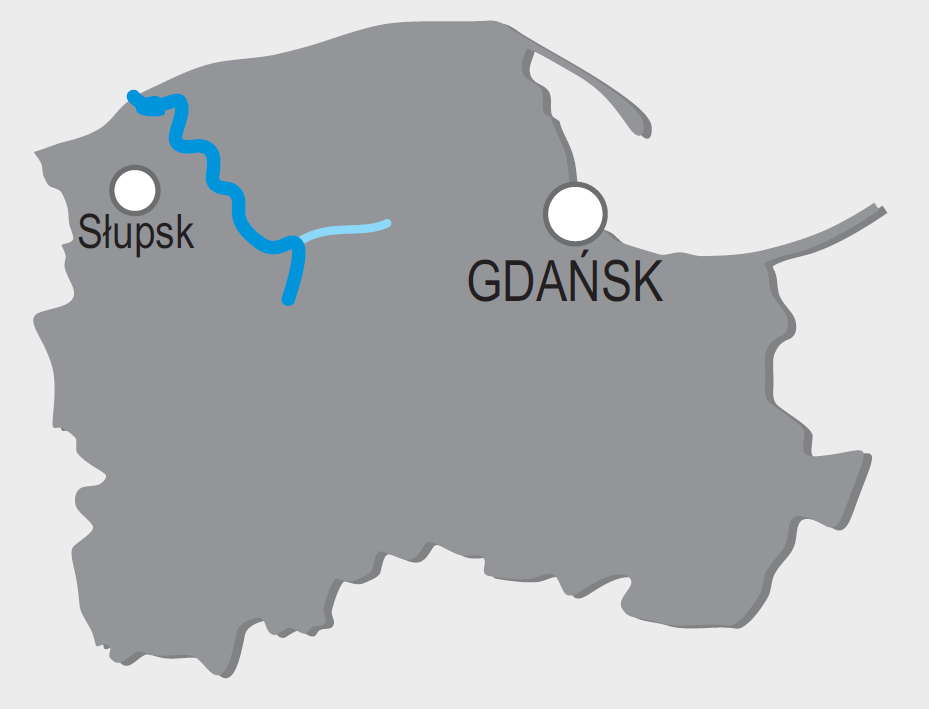 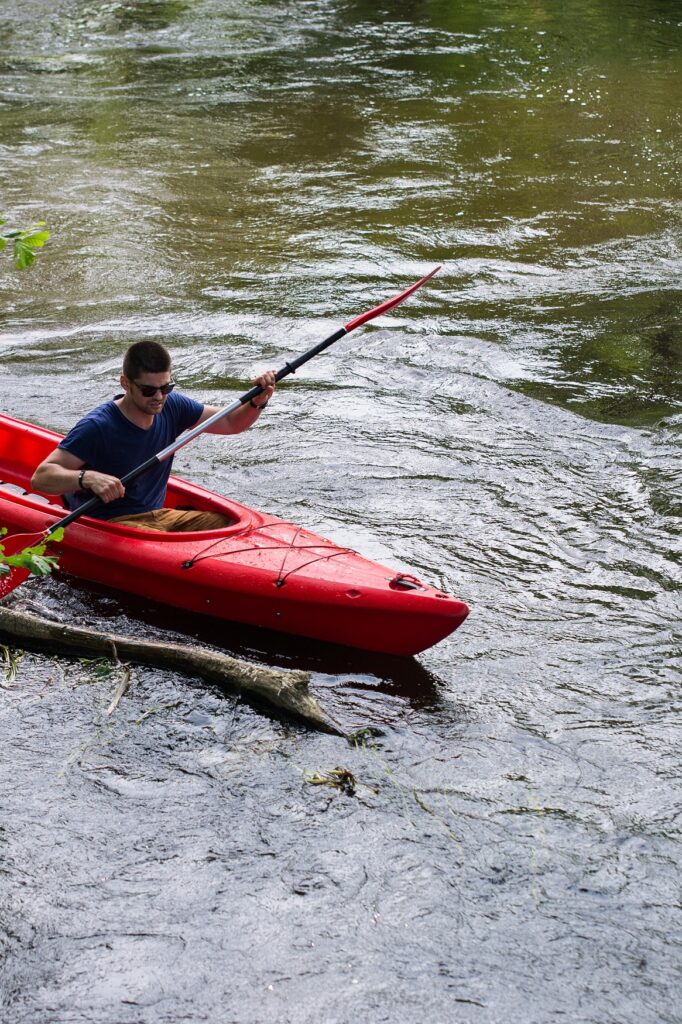 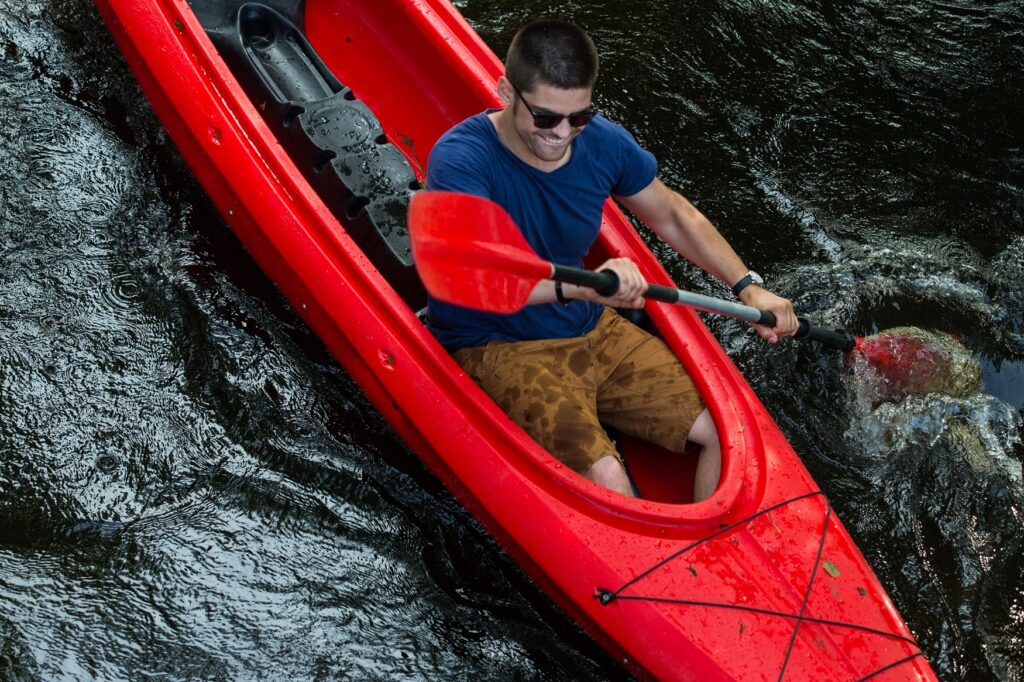 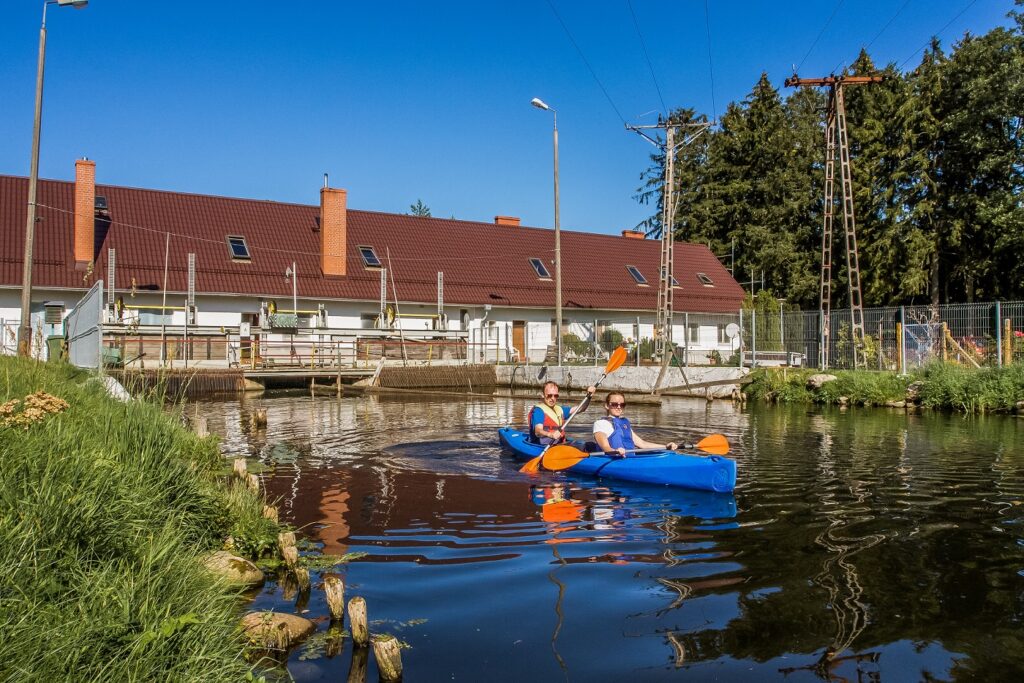 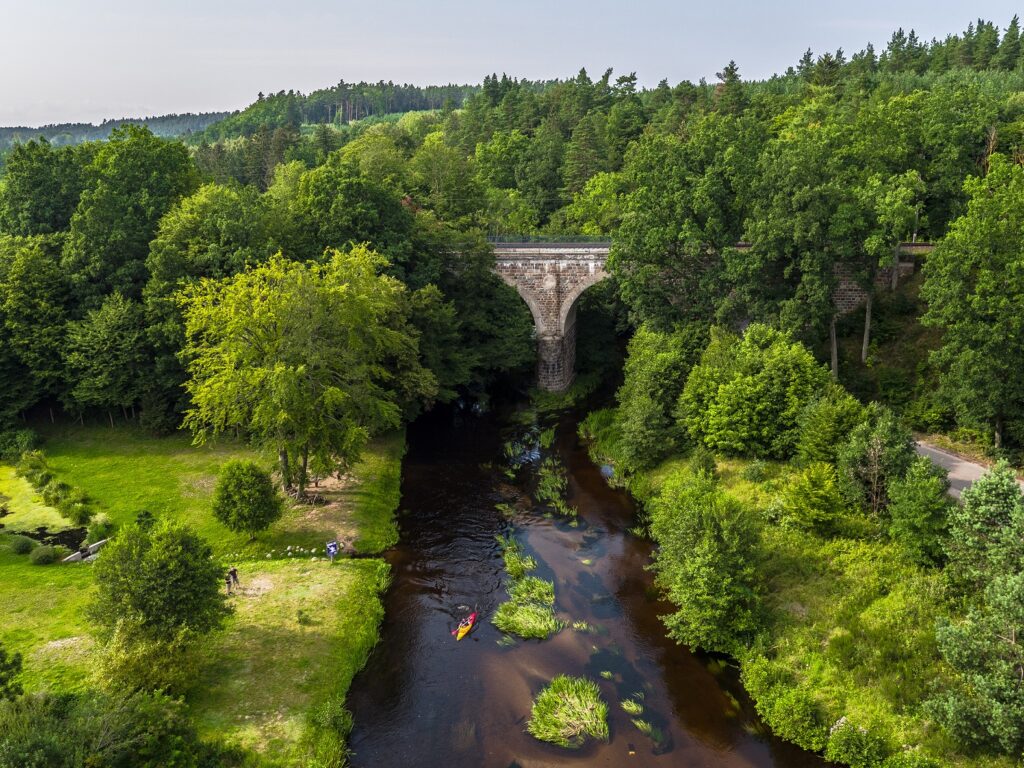 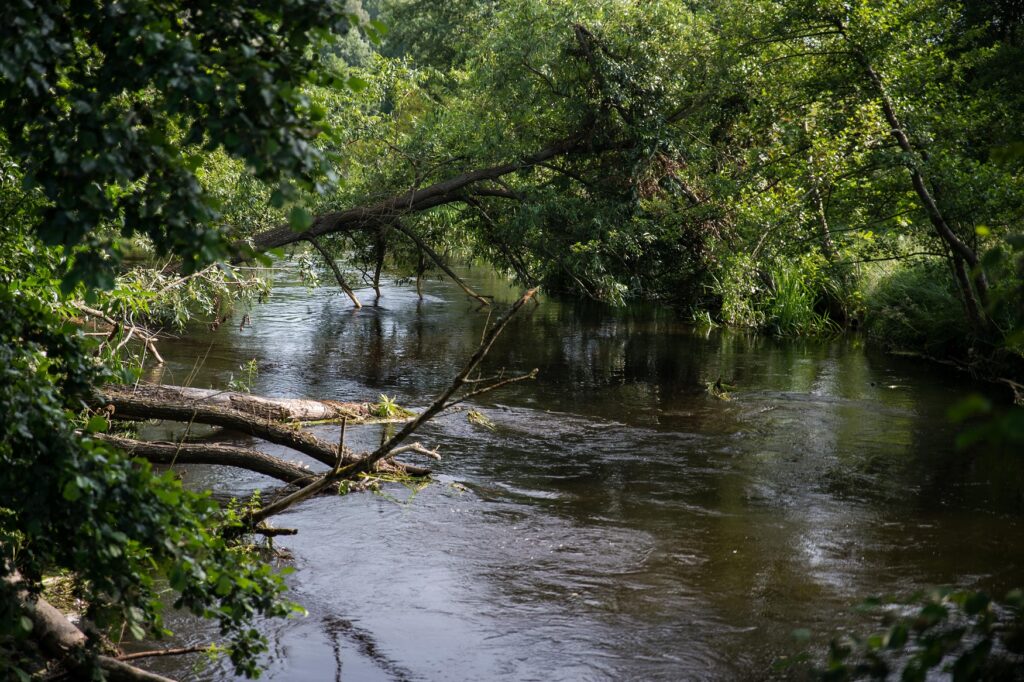 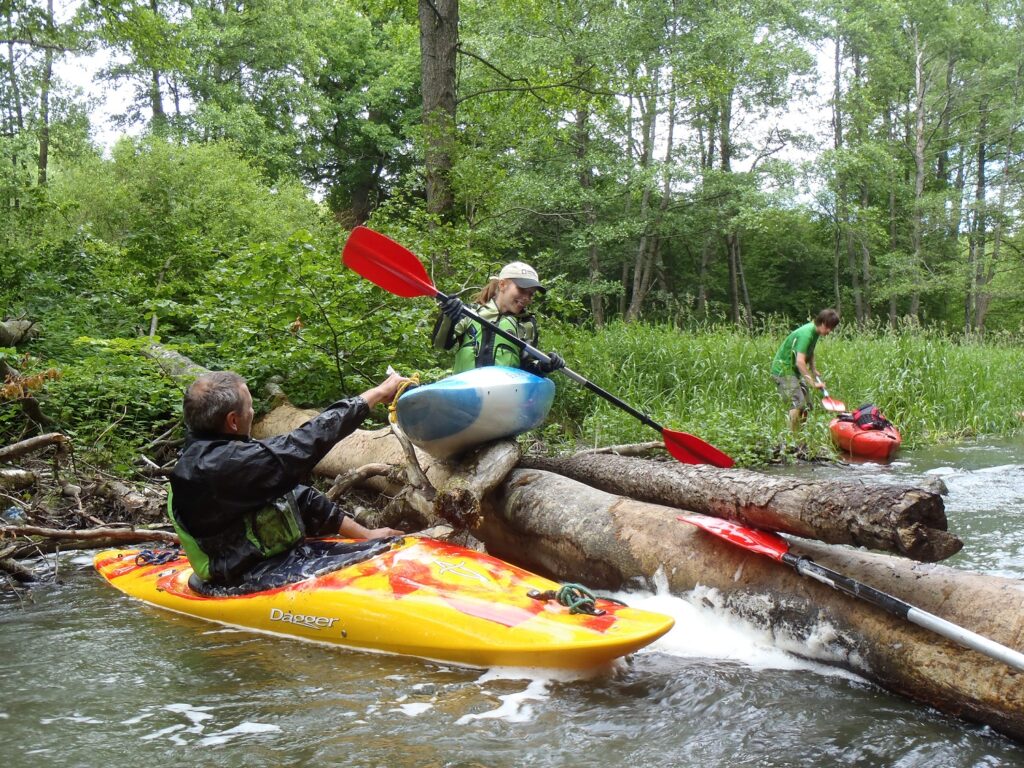 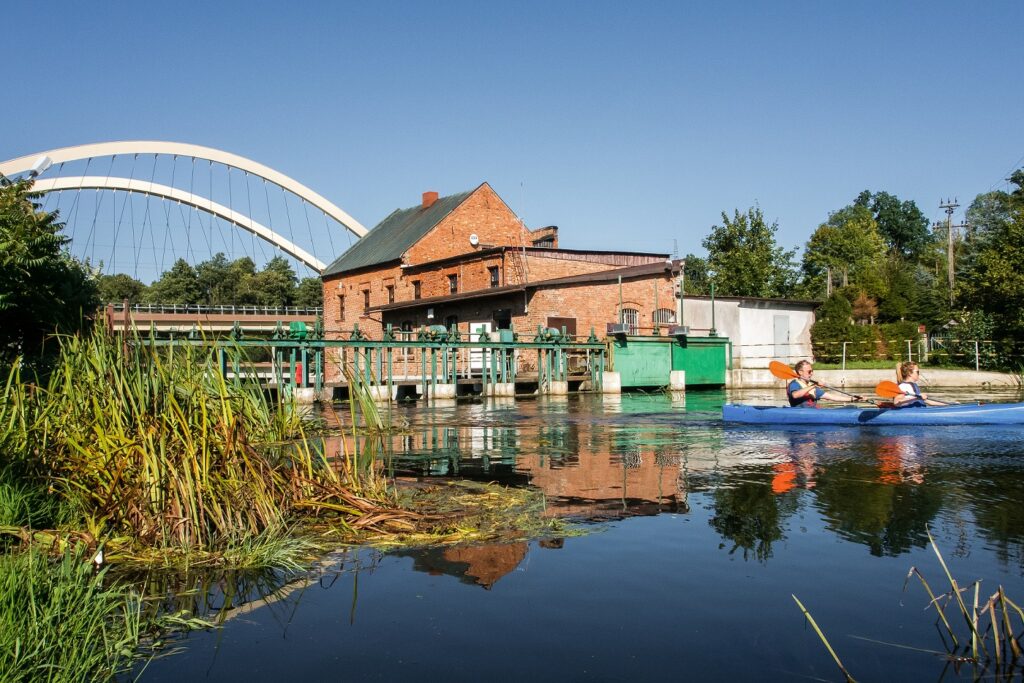 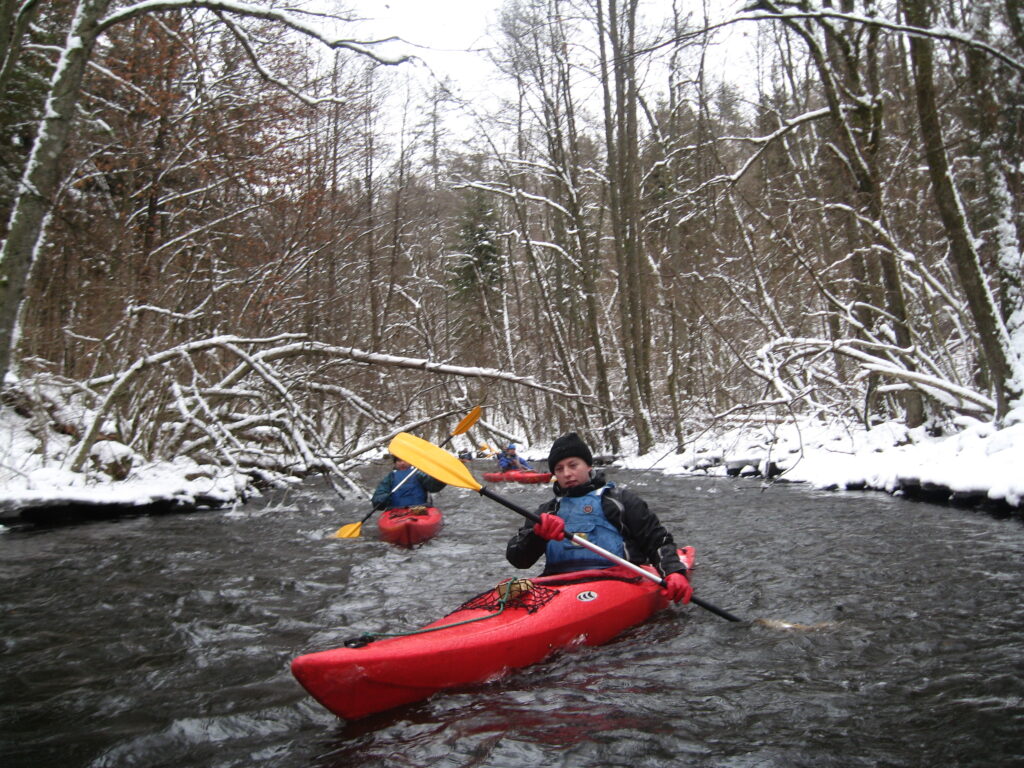 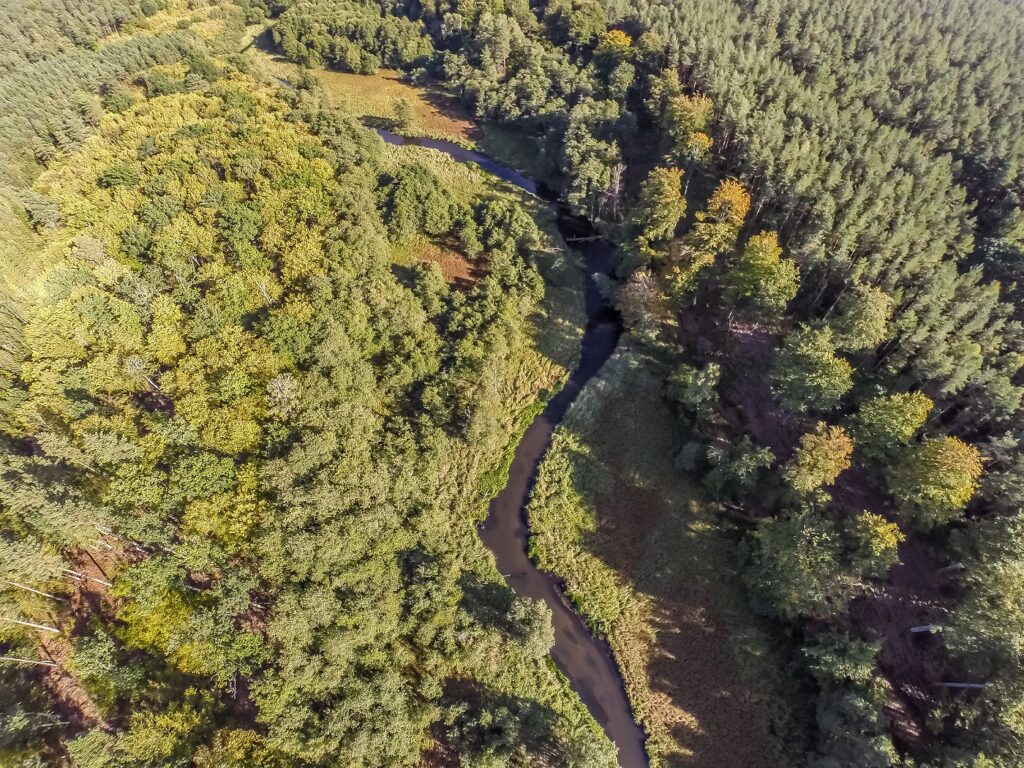 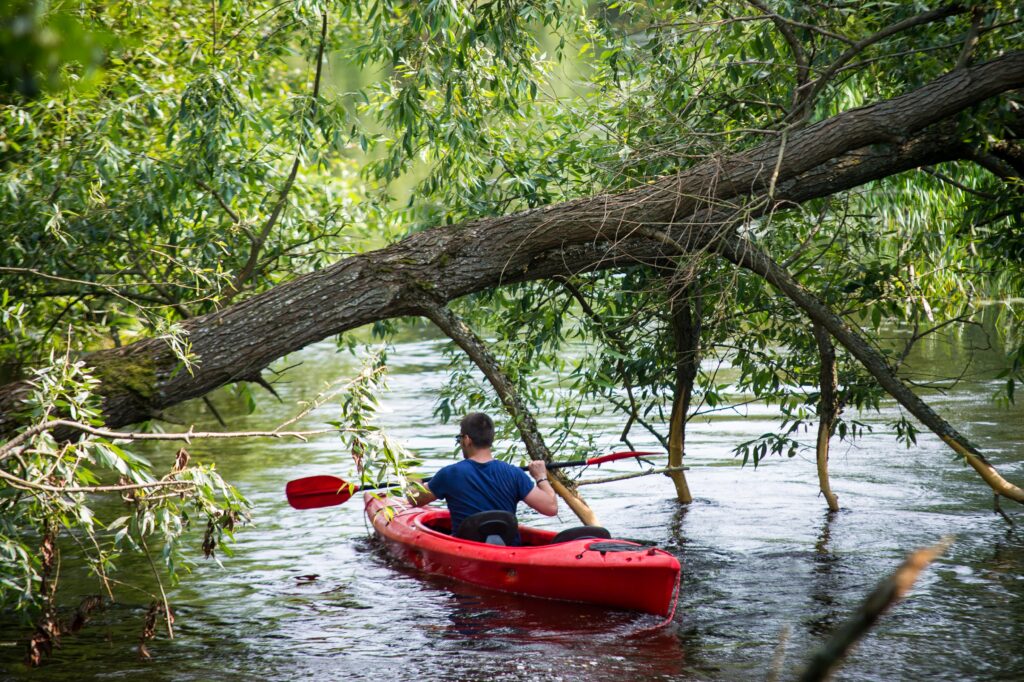