To the sea by kayak over the most beautiful river
Słupia 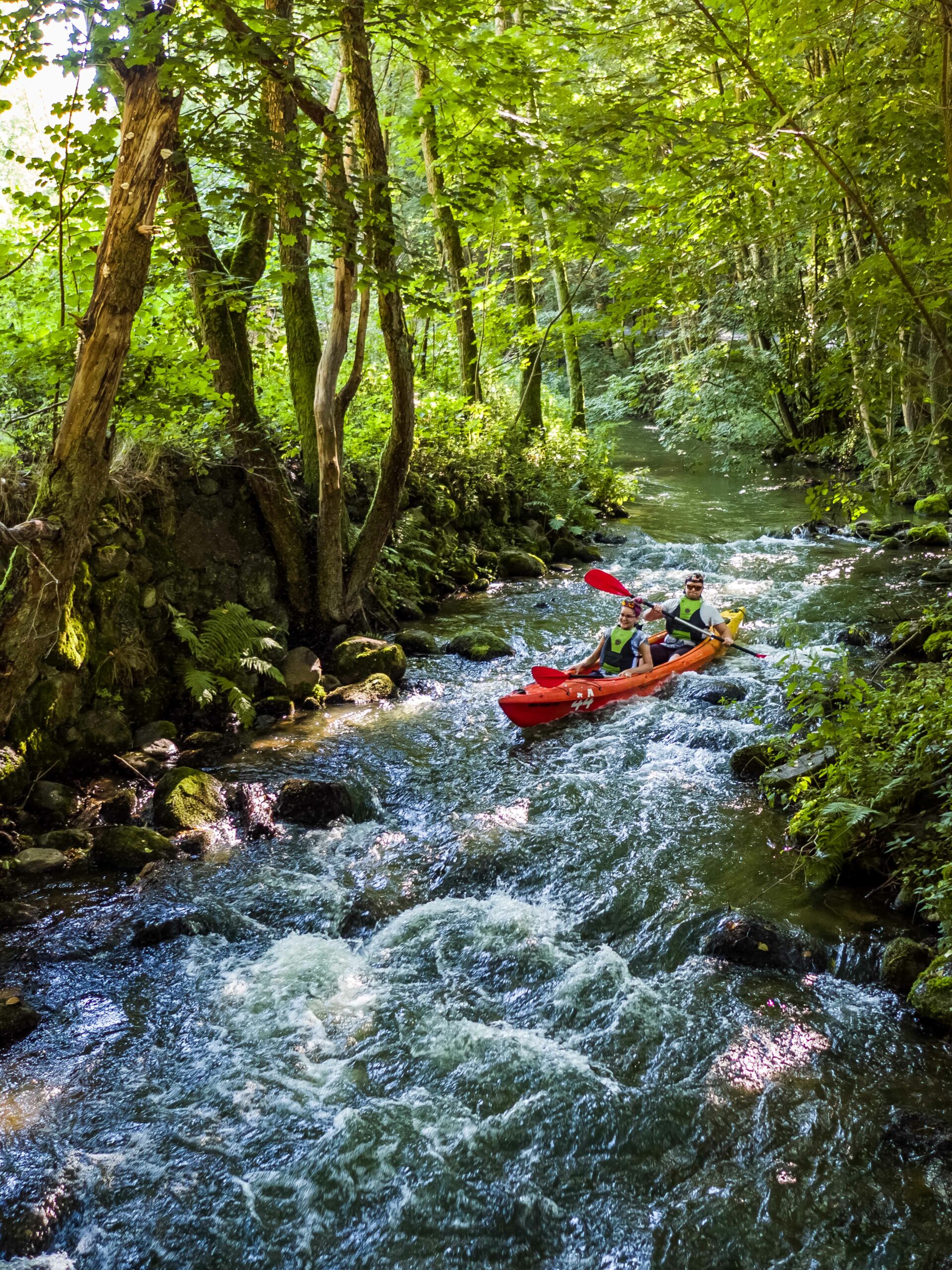 The Struga Water Power Plant in Soszyca has been created in 1896 and possesses the power of 250 kW. It is regarded as one of the most valuable and oldest technical monuments of such kind in Europe. In 2008 the plant has been thoroughly modernized in terms of devices and measuring systems. Inside the power plant an exhibition part has been maintained thanks to which it is possible to see how a turbine or regulator work on the inside. The power plant is available for tourist groups. A visit requires initial booking at the Energa Wytwarzanie company. The Gałąźnia Mała water power plant is the largest water power plant on Słupia and its construction has shortened the river at more than ten kilometers. Prussian engineers dug up an artificial canal directing Słupia to the Głębokie Lake from which the water leads to five plant turbines with two “water locks”. Such a solution provided for a remarkably large difference in terms of water levels allowing to achieve the top power of as much as 3500 kW. The picturesquely located building of the power plant with an interesting architecture is available for visiting by tourist groups. A visit requires initial booking at the Energa Wytwarzanie company. Słupsk is a city of more than 90 thousand residents and the second most important city of Central Pomerania, just after Koszalin. Słupia flows through the historical city center where a number of interesting monuments prevailed despite serious war damages. What is especially interesting is the Castle of Pomeranian Dukes in which the largest collection of works by Stanisław Ignacy Witkiewicz (Witkacy) in Poland is located. The river goes through beautiful parks, near the old castle mill, and renovated Spichlerz Richtera. Ustka. The Słupia kayaking trail ends in Ustka – a popular seaside tourist location. The city possesses the status of a health resort and its coat of arms includes a mermaid which statue can be seen at the east breakwater. The lighthouse located at the port also constitutes one of the city’s adornment. The biggest value of Ustka consists in beautiful, wide Baltic beaches near which it is possible to end the kayaking trip (at the port of Ustka). However, before entering the port waters it is necessary to acquire a permission from the Port’s Captain (phone 59 814 44 30).
What Słupia has in store for kayakers is offered by only a few Polish rivers. It enchants with remarkably beautiful, long forest sections and the diversity of riverside landscapes, as well as historical water power plants and picturesque lakes. It is also unique because of the unusual kayaking finale which can take place in the Ustka harbour near the Baltic beach. The omnipresent quietness and sense of a remarkable contact with nature on Słupia’s trail constitute a magnet for kayakers. Here it is possible to find both easy sections (especially near the end) as well as more difficult ones posing a real challenge. The most significant is the Rynna Sulęczyńska, a Pomeranian section most resembling mountain trails with wild waters clashing over rocks located at the river’s bottom. At Słupia kayakers can also experience outstanding loneliness on the trail and be completely one with nature, taking advantage of forest camping spots. The rapid current and historical water power plants in Soszyca, Gałąźnia Mała, Konradów, and Krzynia create a 100 year old hydro-power system, unique on a European scale. Because of them the river is sometimes jokingly referred to as an “Electric River”. Two facilities are especially worth the attention: the oldest water power plant in Poland – Struga in Soszyca, and the biggest water power plant of Słupia – in Gałąźnia Mała. Constructing these two hydrotechnical complexes significantly changed the flow of the river and resulted in that there are two large kayak portages on the trail: between Bylina and Soszyca, as well as between the Głębokie Lake and Gałąźnia Mała. 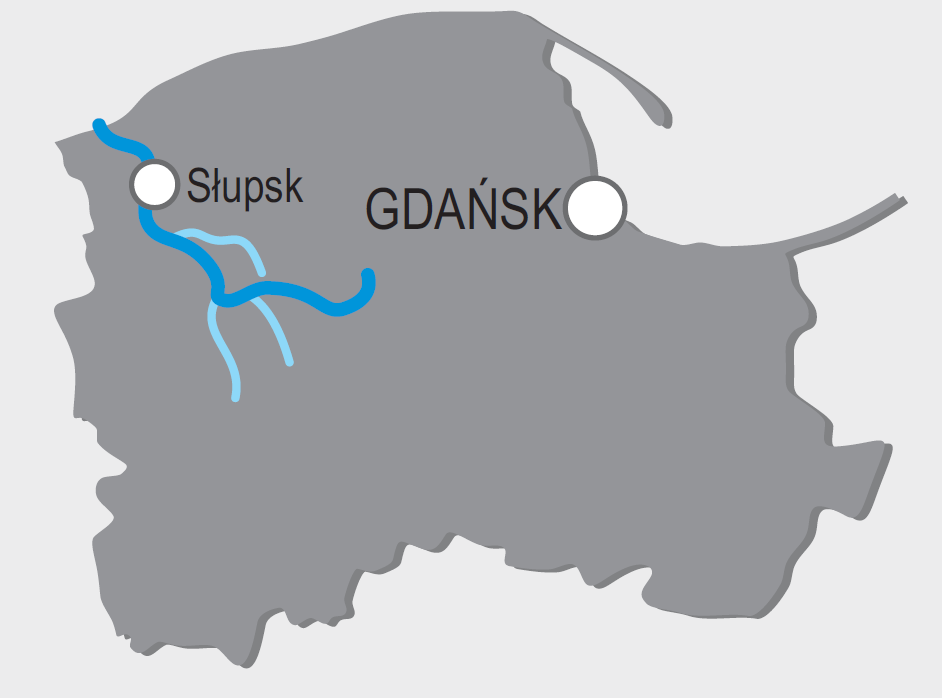 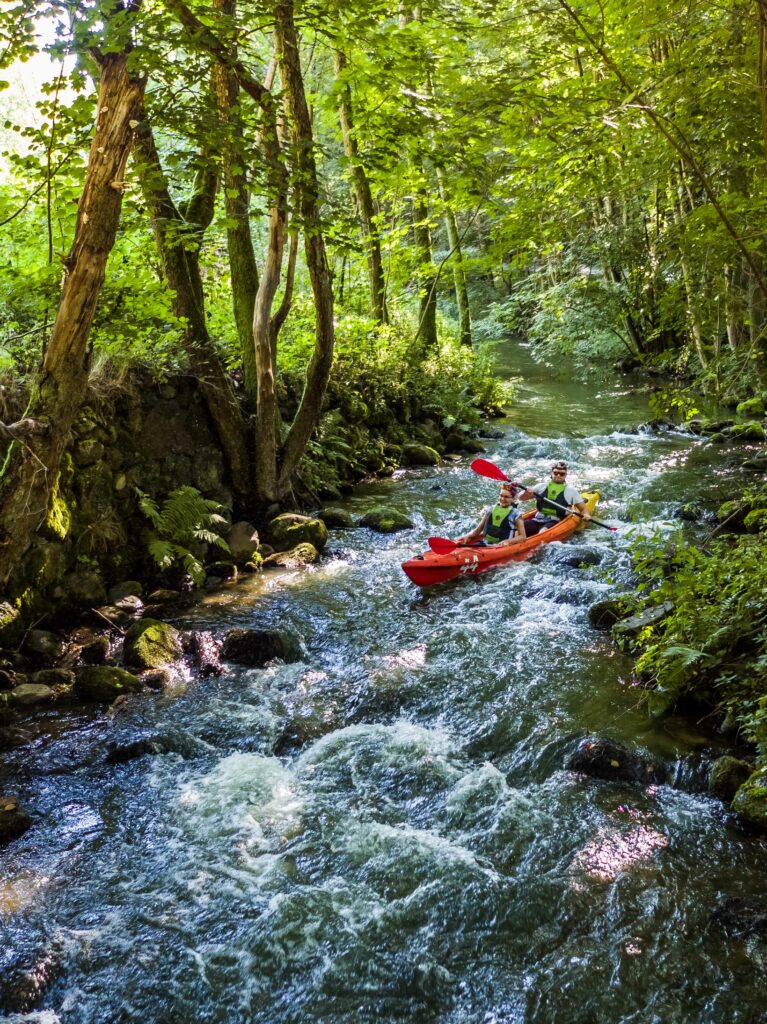 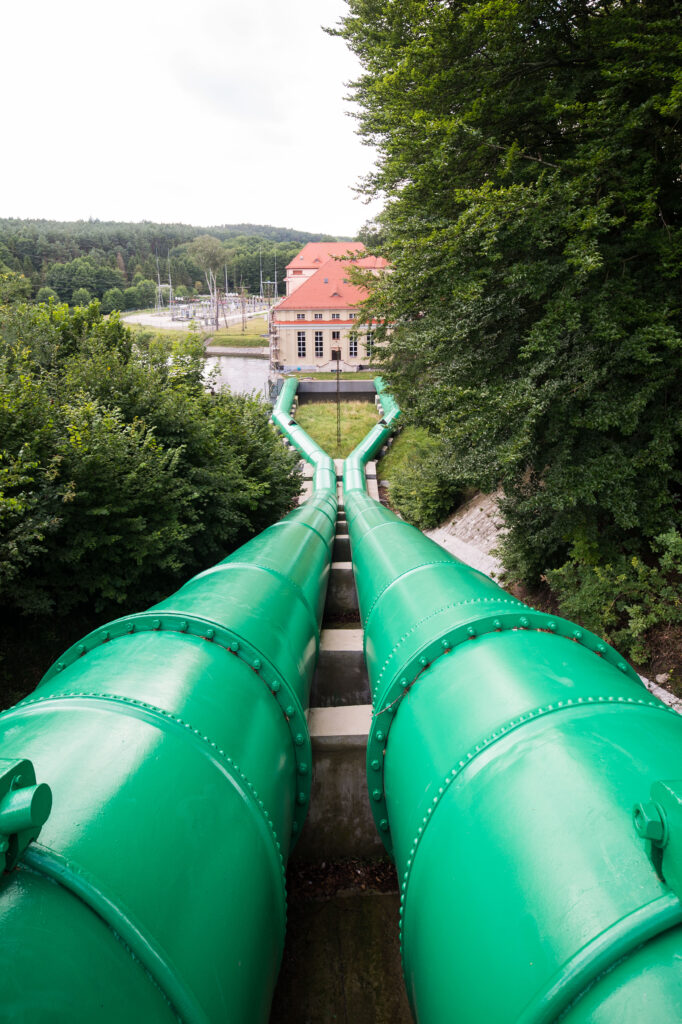 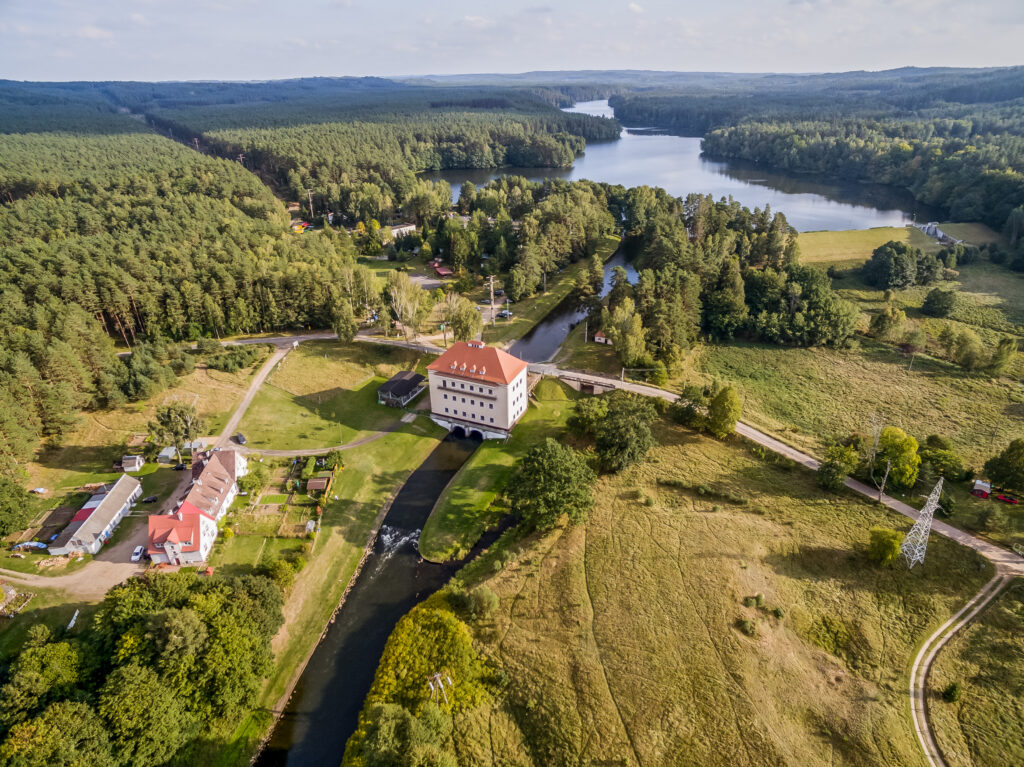 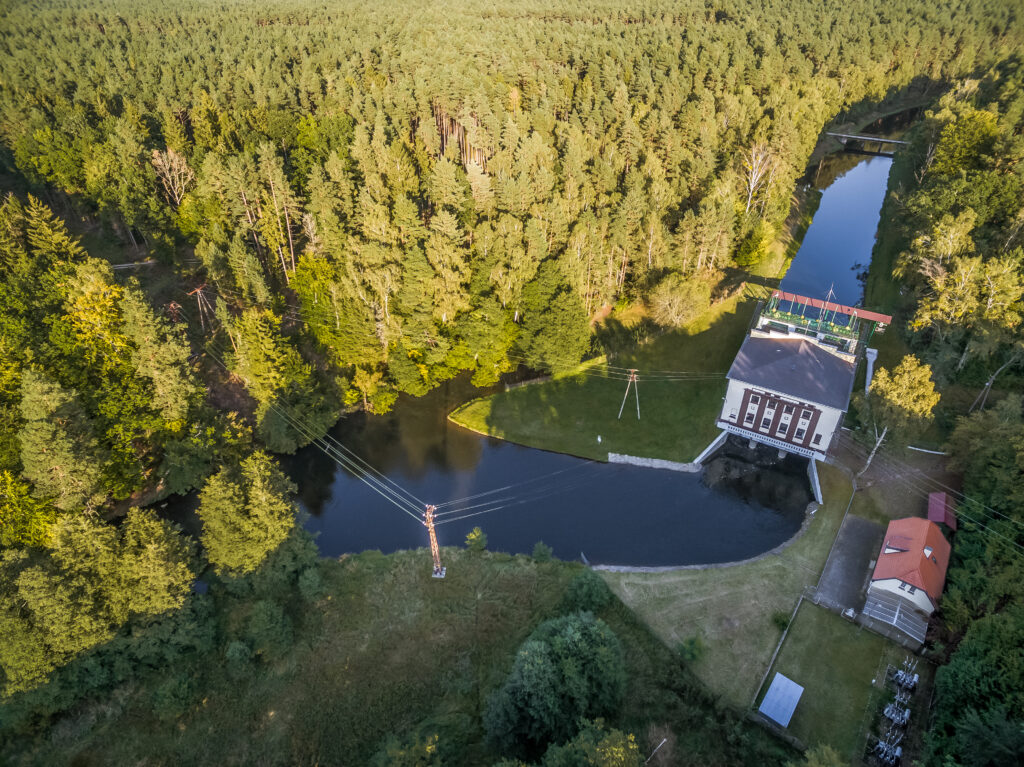 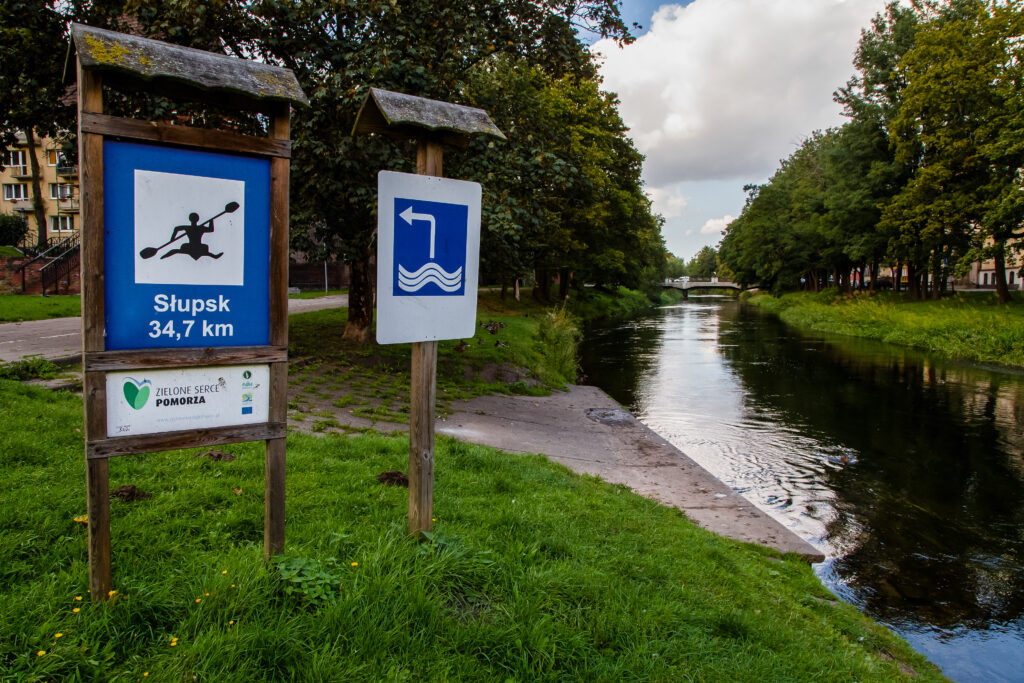 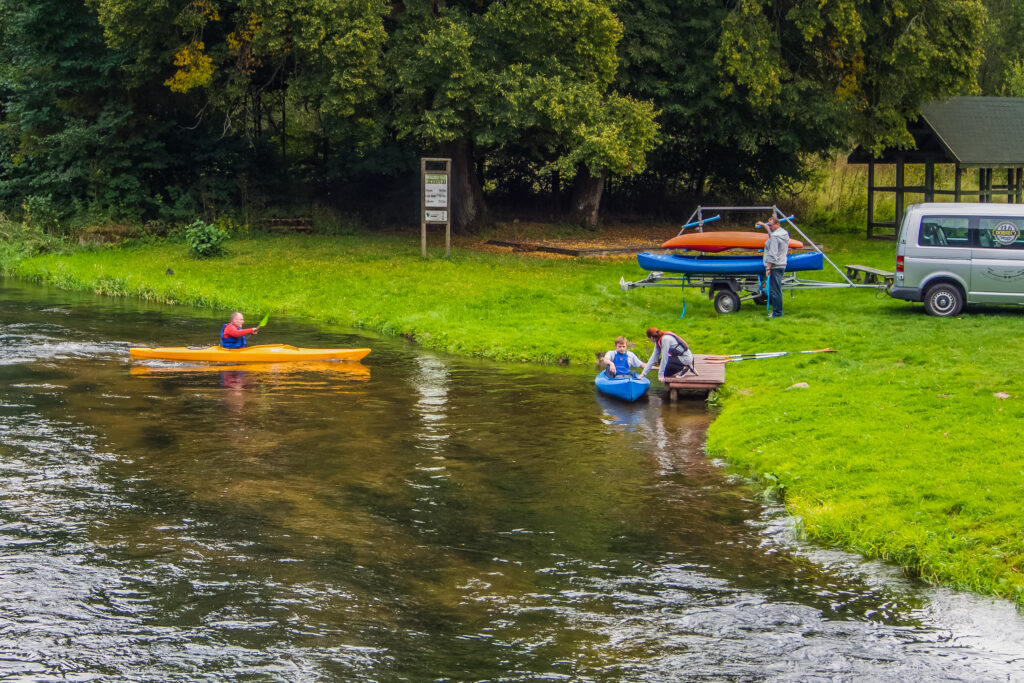 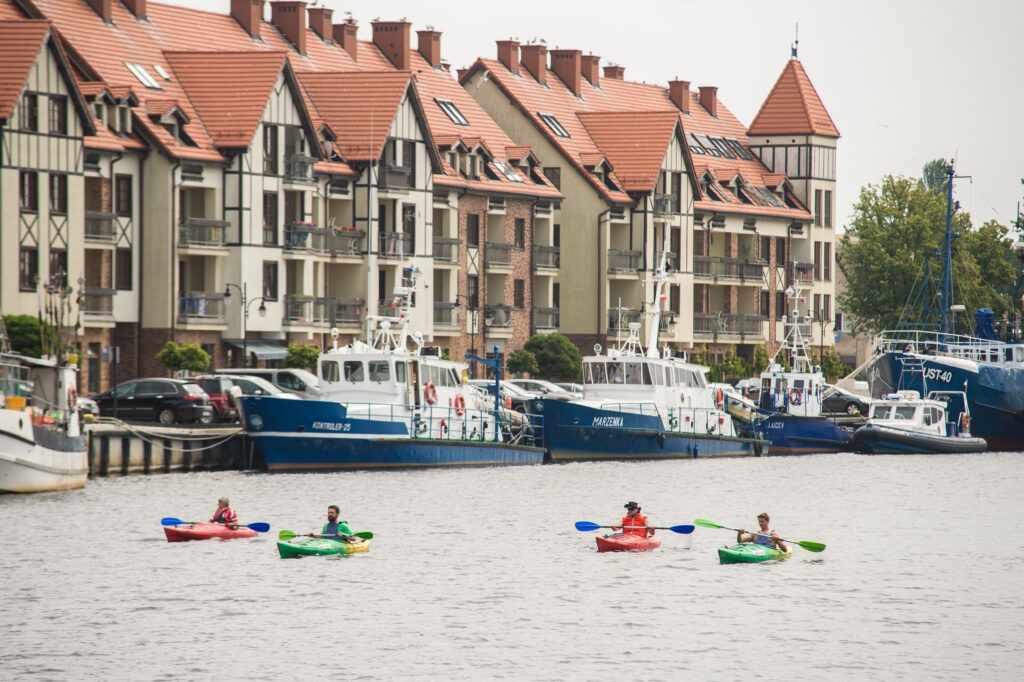 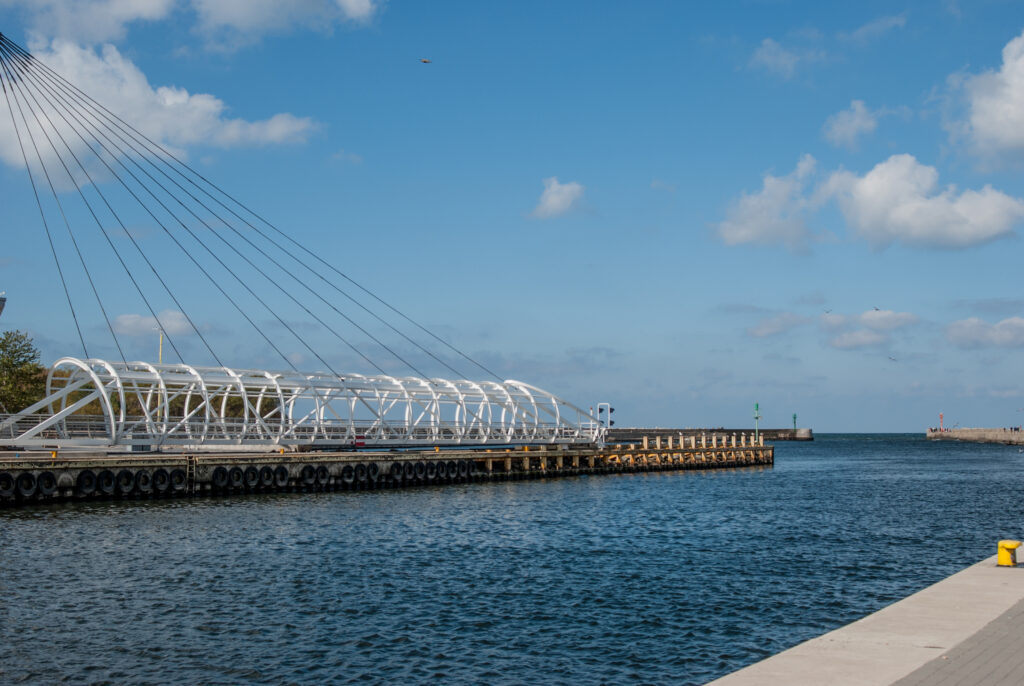