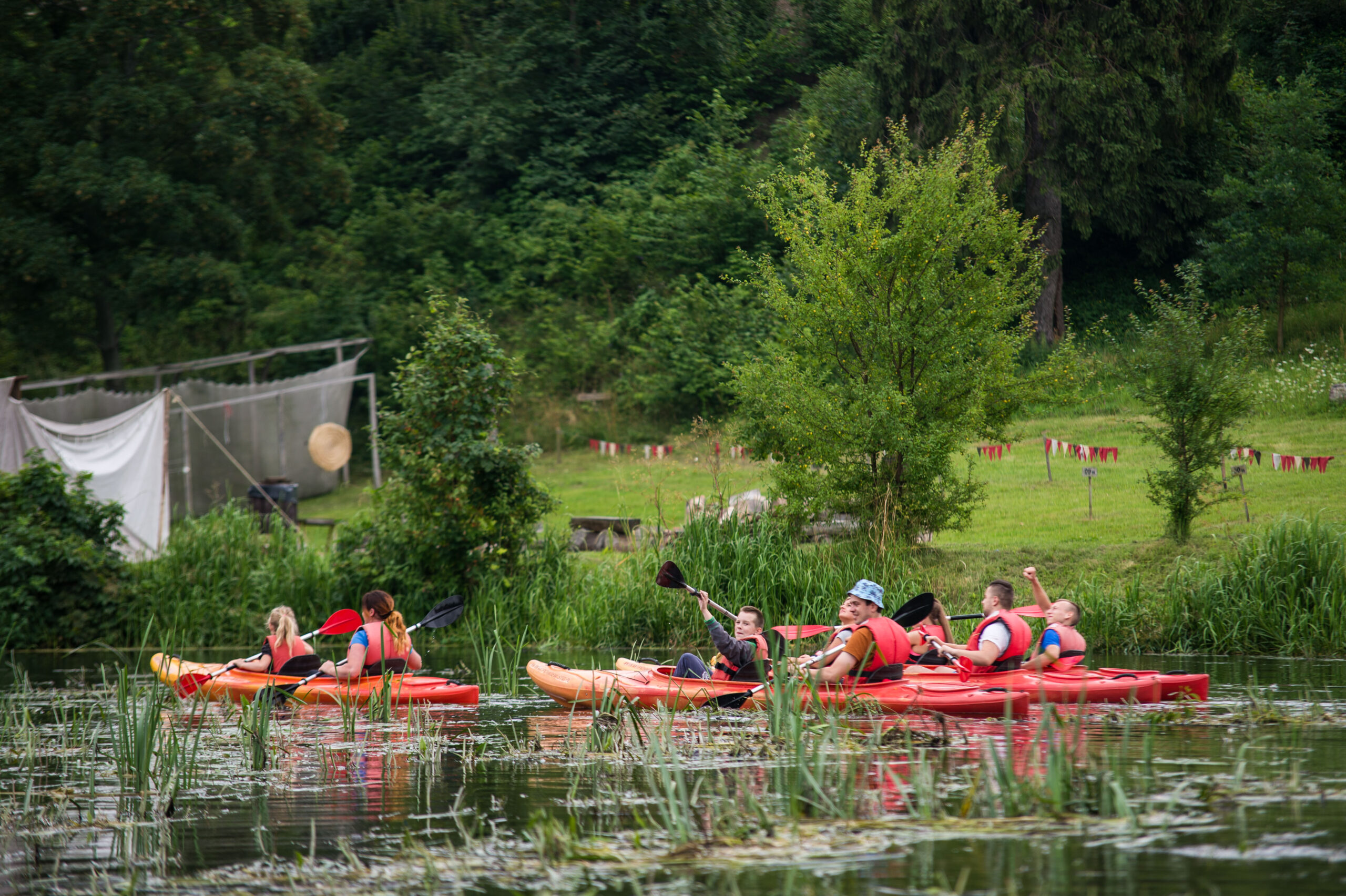 Koscierzyna. The beginning of the Wierzyca canoe trail. A city where tradition meets modernity, and the market square with historic tenement houses spreads its charms. It is worth visiting museums and sanctuaries in Koscierzyna. The biggest attraction is the Railway Museum with an exhibition of numerous steam locomotives and carriages, fully accessible to visitors. Kiszewski Castle. Located on the Wierzyca River itself, the remains of the Teutonic, Gothic defensive complex from the 13th century and the 19th century palace. Next to it, there is a modern hydroelectric power plant. Starogard Gdański. Wierzyca flows through the city center. There are remains of city walls from the fourteenth century and nineteenth century mills and factories, the palace of the Wiechert family, a charming market square and old tenement houses. Owidz. In Owidz, a medieval fortified settlement on the Wierzyca River, fenced with a palisade, was reconstructed. It houses huts, towers, an entrance gate and an exhibition building. Ancient crafts workshops and reconstruction events take place there almost every day. The “medieval” playground for children also provides an amazing experience. Pelplin. The town on the Wierzyca River, famous primarily for its monumental, brick cathedral. Next to it, there are buildings of the post-Cistercian monastery and the Diocesan Museum, which contains in its collection the only copy of Gutenberg’s Bible in Poland. Anger. A historic town, situated on a hill at the estuary of Wierzyca and the Vistula River. A unique attraction is the Gniew castle, built by the Teutonic Order at the end of the 13th century. Currently, it houses a hotel, restaurant and museum. Hydroelectric power plants in Wierzyca. In Wierzyca a building was built in the early In the 1980s, several hydroelectric power plants that are in good condition to this day. Four of them deserve special attention: EW Czarnocińskie Piece: the oldest power plant in Wierzyca, built in 1906. EW Owidz: built in a former mill from 1910 by the Starogard Wiechert family EW Kolincz: built in 1911 on the site of a former mill. Most of the equipment has been operating continuously since the facility was commissioned. EW Stocki Młyn: built on the site of the mill in 1908. In the 1930s, it reached a power of over 3 MW, being one of the strongest power plants in Pomerania.

After many years of oblivion, the Wierzyca trail is being rediscovered. This river flows from the central part of the Kashubian Lake District and is suitable for canoeing tourism from Lake Wierzysko in Kościerzyna. Its upper course leads through Kashubia, and the middle and lower reaches through picturesque Kociewie. The trail ends in the historic Gniew on the Vistula. Due to the fact that the river leads through wild and rarely inhabited areas and has high, overgrown, inaccessible shores, this trail is recommended for more experienced canoeists. Wierzyca meanders beautifully and often changes direction, but is often treacherous. You should not fall for its calmer current, where you can find many fallen trees and numerous boulders hidden under the water. It is best to start the trip in Kościerzyna – one of the so-called “Kashubian capitals”. Overcoming the next kilometers, the river flows to Starogard Gdański – the capital of Kociewie. Further, along a beautiful valley among forests, fields and meadows, the route leads to the post-Cistercian Pelplin, passing the reconstructed settlement in Owidz on the way. On the Wierzyca trail, there are several portages near historic hydroelectric power plants, the viewing of which is an additional attraction of the kayaking trips. It is worth pausing for a moment to see how electricity has been produced from energy stored in the waters of the river for over a hundred years in Owidz, Kolincz, Stocki Młyn or Czarnocińskie Pieki. 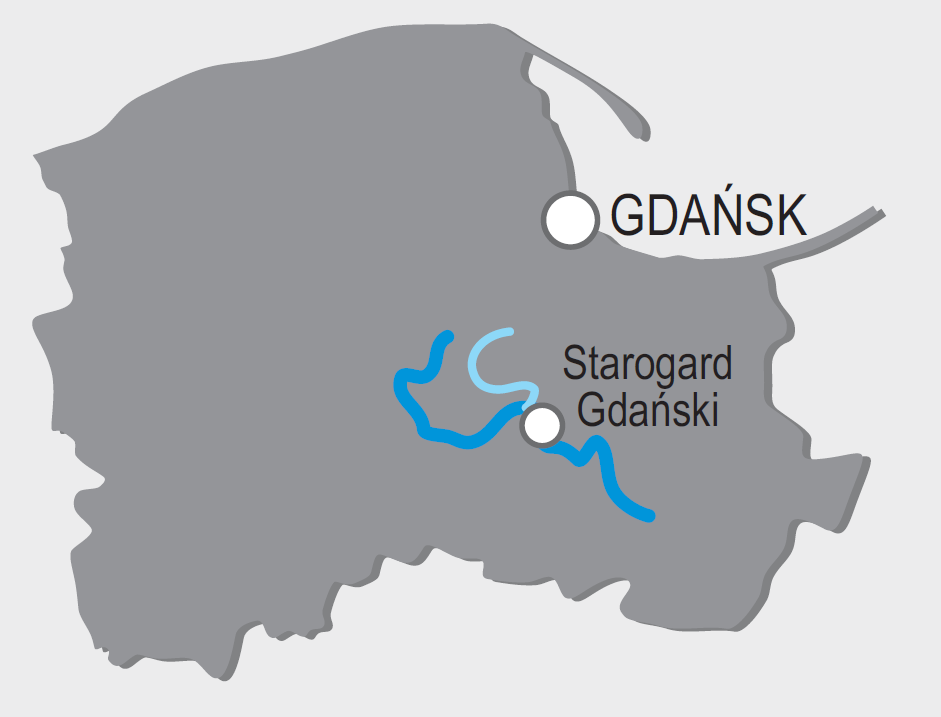 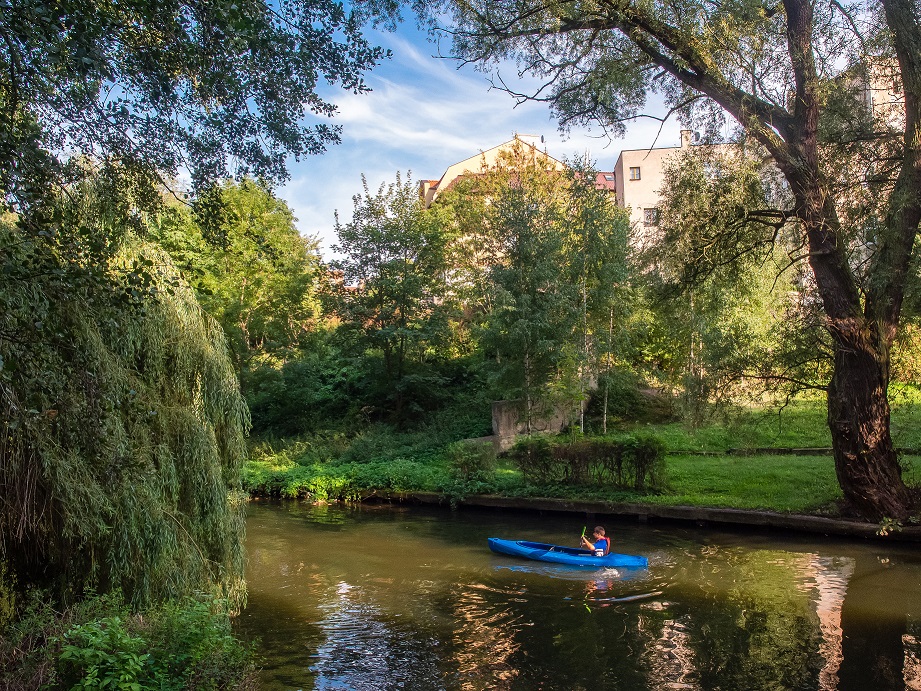 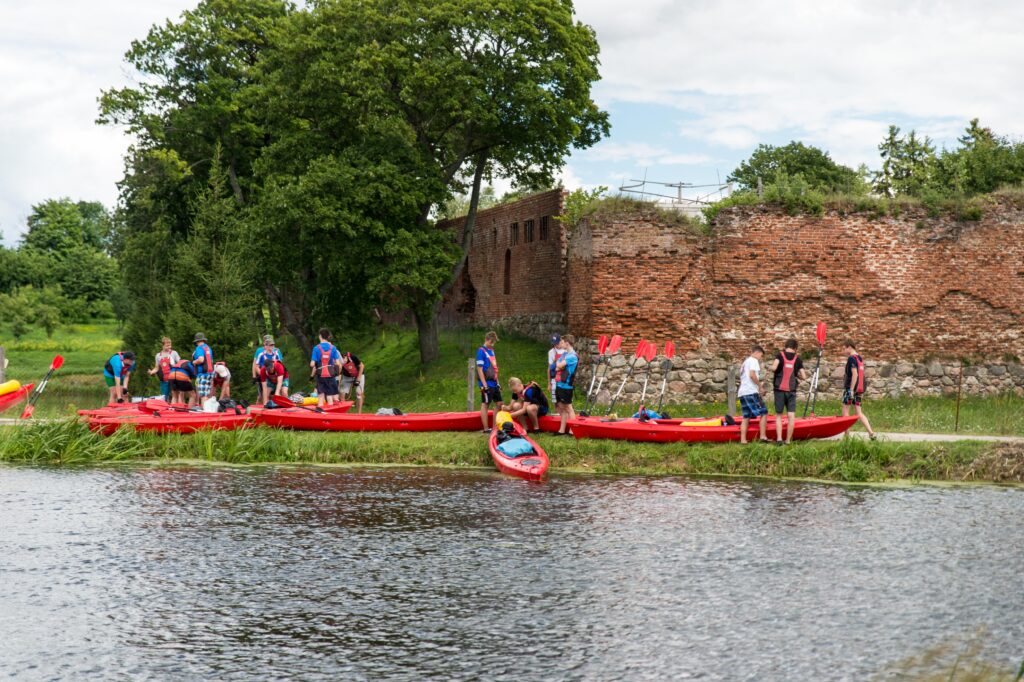 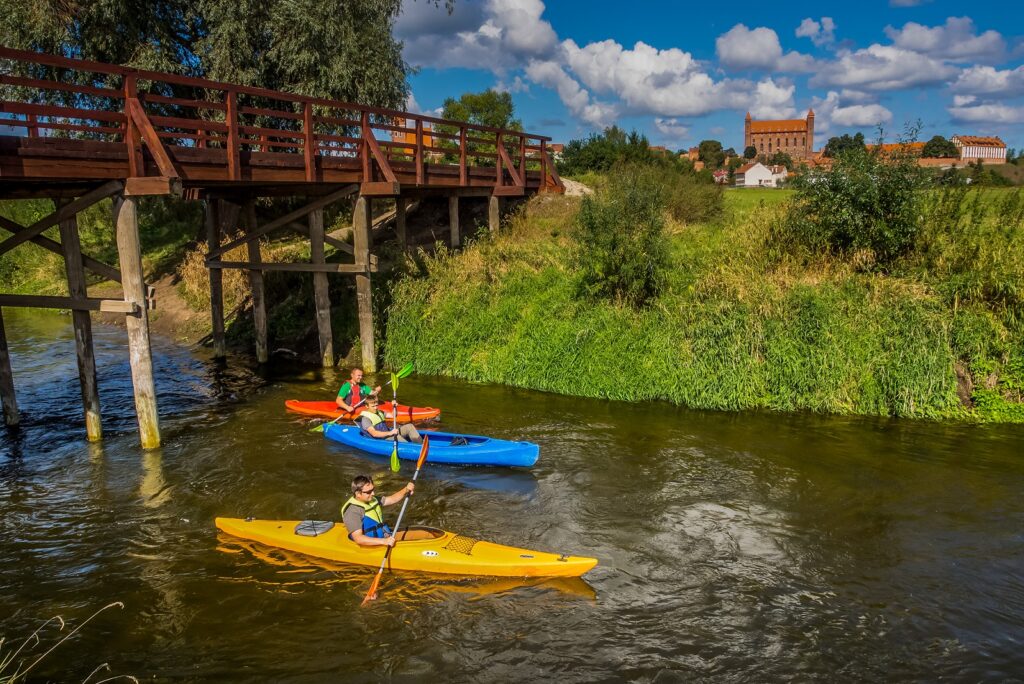 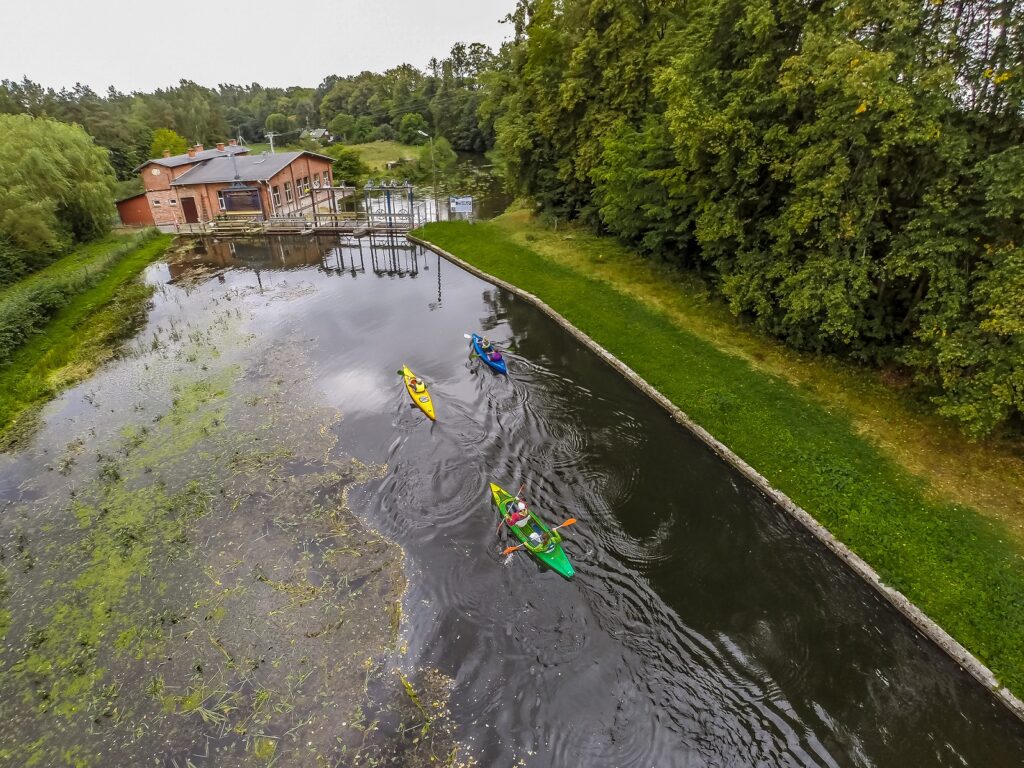 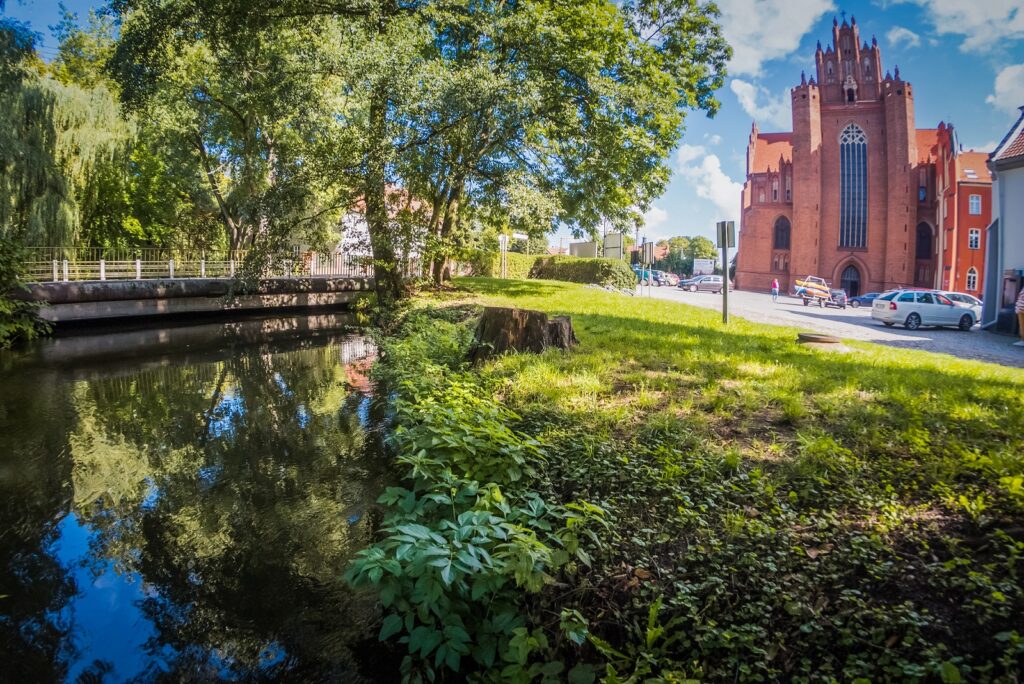 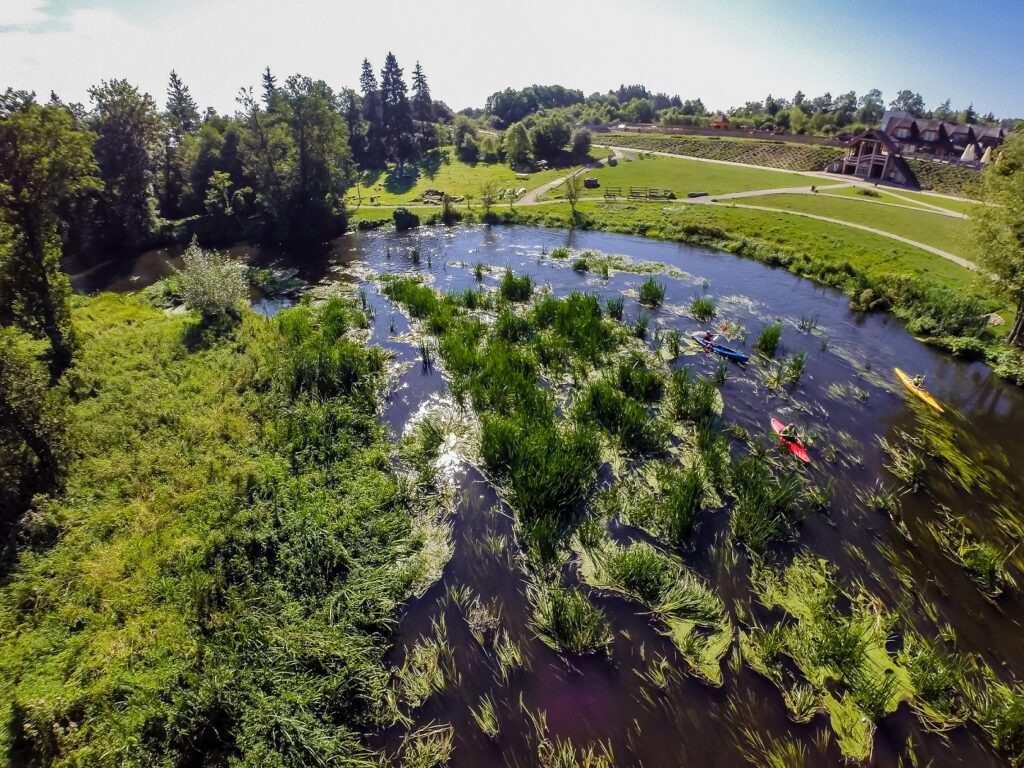 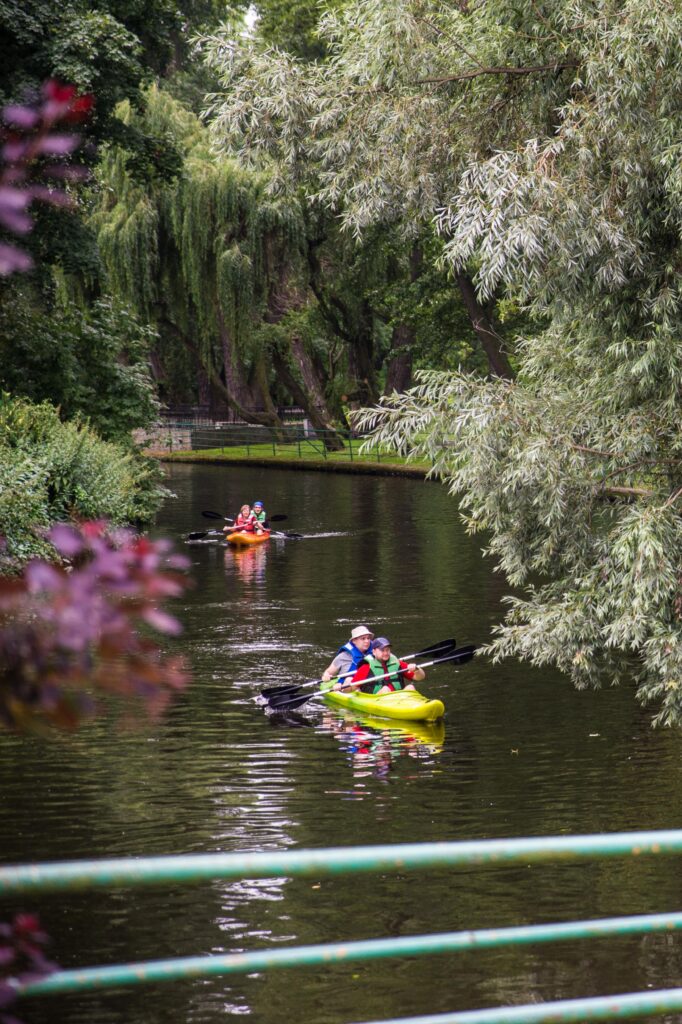 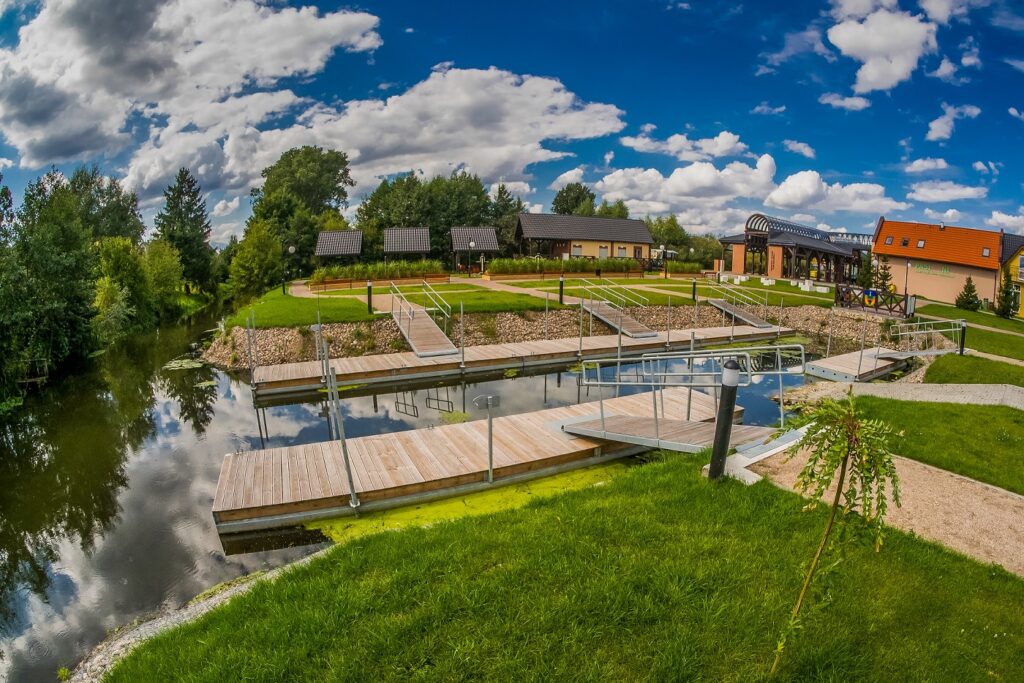 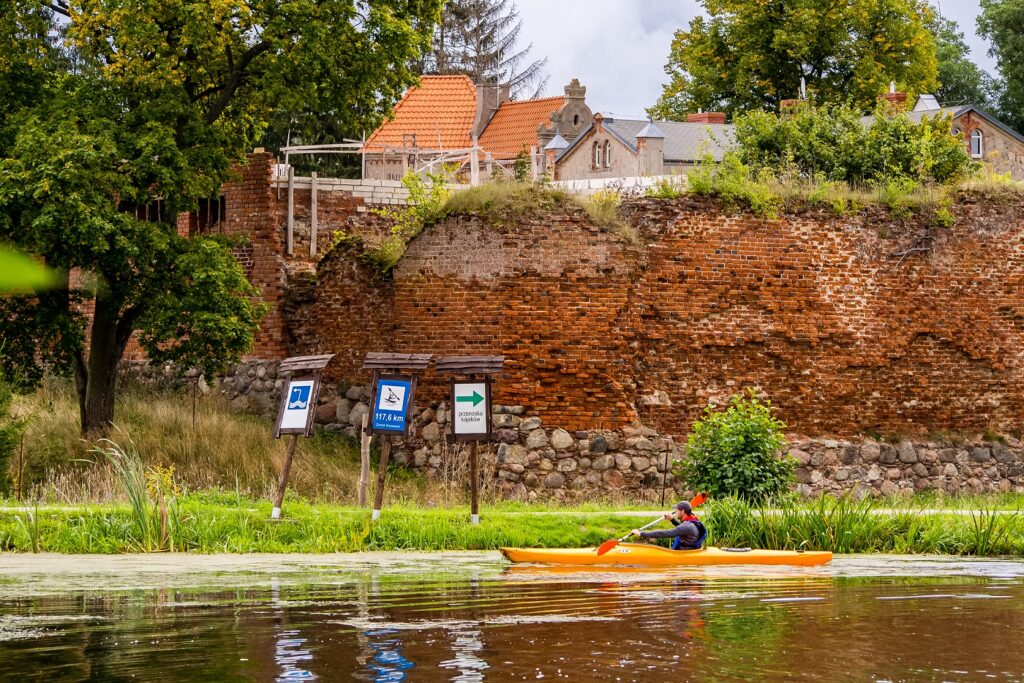 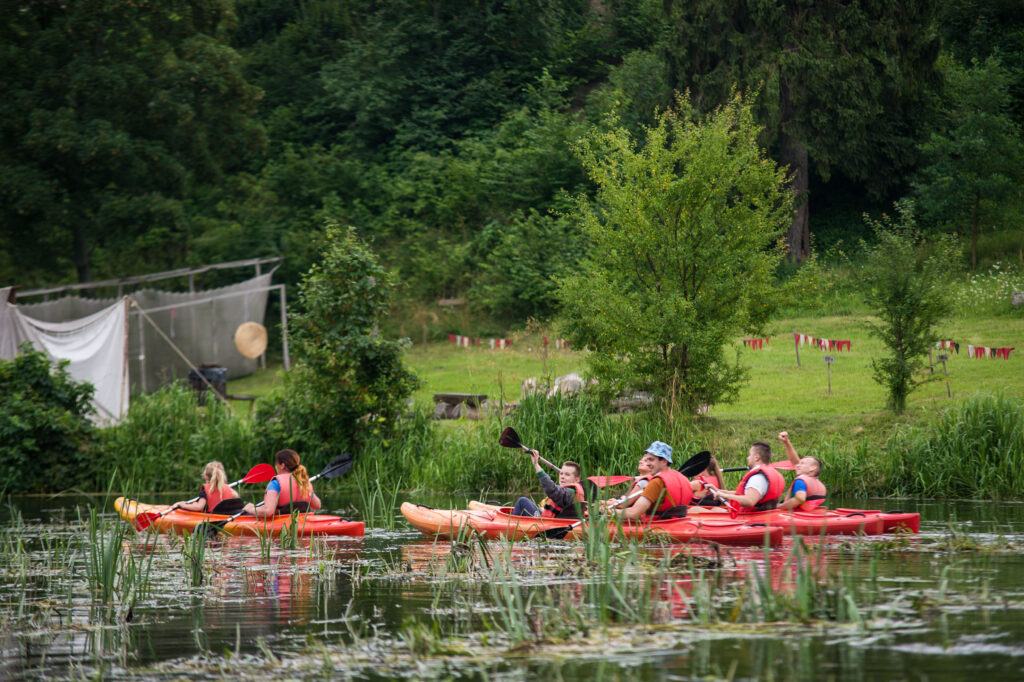