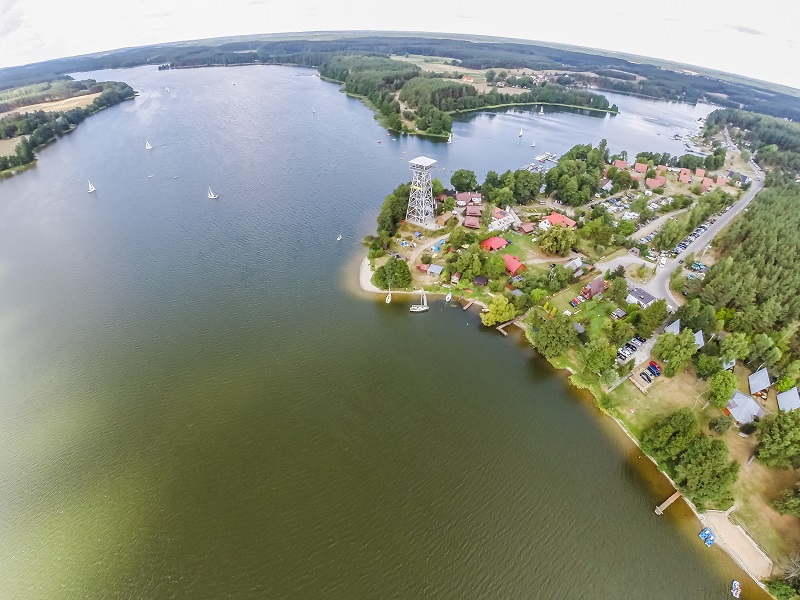 The Wda River, along with the Brda River, is one of the most popular rivers in all of Poland.

The stretch from Wdzydze to Świecie is calm and easy. However, in some places there are weirs and power stations, making it necessary to portage kayaks. You leave Wdzydze heading south where the largest lake of this complex with several large islands is located. On the way, you can visit the Lipa peninsula. Kayaking across Lake Wdzydze in windy weather can be dangerous due to high waves. At the very southern end of the waterbody, on the eastern shore, there is the village of Borsk, where the Wda River leaves the lake. In the stretch from Borsk to Bąk, the river has a faster current with a few rocky rapids. When you pass the village of Miedziano, on the edge of a high forest, you will reach the archaeological reservation “Kręgi Kamienne” (Stone Circles) in Odry. Downstream of the reserve, the river flows through a scenic valley. It grows wider and wider and the current is almost imperceptible. In Wojtal, there is an easy portage. The river becomes shallower and faster. There are underwater boulders and a shallow area. On the way to Czarna Woda, watch out for bridges, under which there may be rocky rapids and a fast current. Towards Złe Mięso, the river flows in a rapid current, with large bends in a narrow valley with high banks. The landscape is dominated by fields and nearby villages. Down to the village of Czubek, the Wda River flows through woodland, fields and meadows. The river is gentle and calm and you can enjoy the diverse landscape. From Młynek on, the landscape is clearly dominated by woodland. On the way, there is a railway bridge on the closed Chojnice – Skórcz line, downstream of which you need to pay attention to rapids and stones in the current, as well as the hydroelectric power station in Wdecki Młyn (easy portage). Close to the village of Smolniki, the river makes a lot of bends and reaches the mouth of its left tributary, the Kałębnica. You can use it to reach Lake Słone. Downstream of the bridge in Żurawki, the Wda River enters a narrowing forested valleys and its current speeds up. Near the village of Łuby, the route meanders and in places follows a deep, winding ravine with steep forested banks. Then, it passes the Krzywe Koło reserve. On the way, in Błędno, you have to cross the remains of an old bridge, which hamper the trip. On the border between the Pomorskie and Kujawsko-Pomorskie voivodships, the river flows through meadows and forests. The most beautiful and the wildest stretch of the Wda River begins. There is a threshold under the remains of a bridge and the current at this point is fast and rough. In the vicinity of Stara Rzeka, the Wda is more demanding. Fallen trees and boulders found in the current make the trip difficult. At the village of Czarna Woda, the Wda gradually widens into the long, artificial Lake Żurskie. Now you reach Tleń. Further on, with the permission of the owners of the Żur hydroelectric power station, you paddle down the canal to its end, where a portage (150 m) is situated. Now the trip continues on the Wda River, which gradually widens and turns into Lake Gródek. Before the dam, the river changes into a backwater. At the point where the backwater ends, you should enter the canal. There is another portage (200 m) across the Gródek hydroelectric power station. The route towards the village of Leosia continues through a mixed forest. The current is very fast. Stones and trees found in the water may hinder your trip. You pass under a railway bridge. You should be careful because of protruding stones and the fast current that can cause a capsize. Then, there is a road bridge, where you have to watch out for rapids and protruding piles. From the village of Wyrwa, the river grows wider and its current is slower. The route enters the backwater of Lake Kozłowo where the water intake for the paper mill in Świecie is situated. There is a portage on the way. The route goes through meadows for a while, only to reach an obstacle, i.e. mill weirs in Świecie – another portage over a busy road (40 m). Further on, you continue with the town of Świecie on one side and meadows and fields on the other. There are the remains of a Teutonic castle on the way, and 1.5 km further your trip on the Wda ends on the Vistula River. 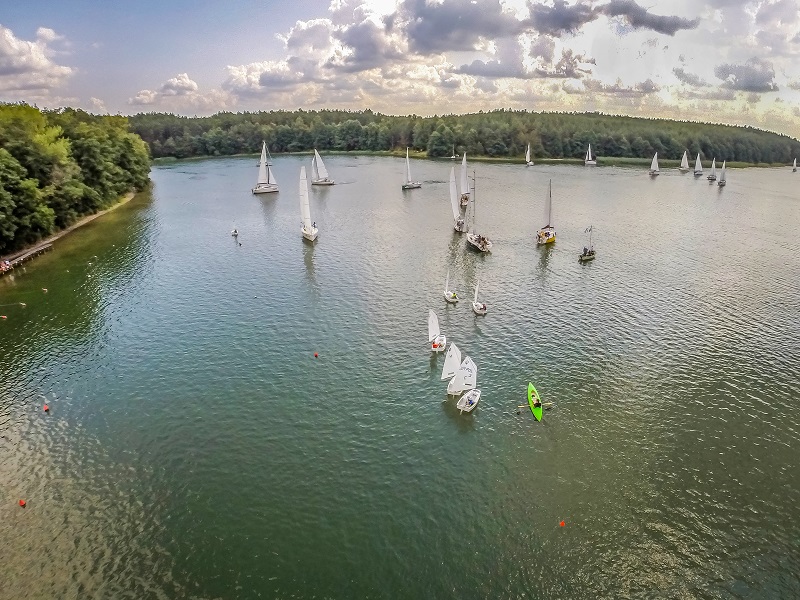 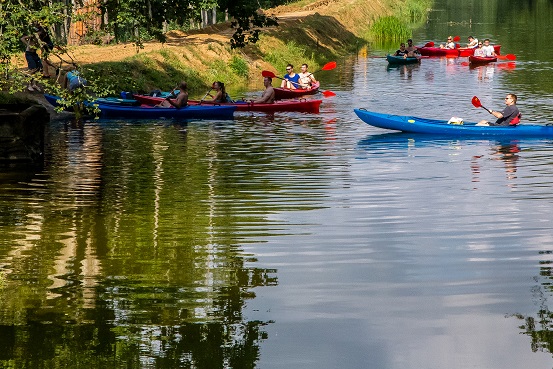 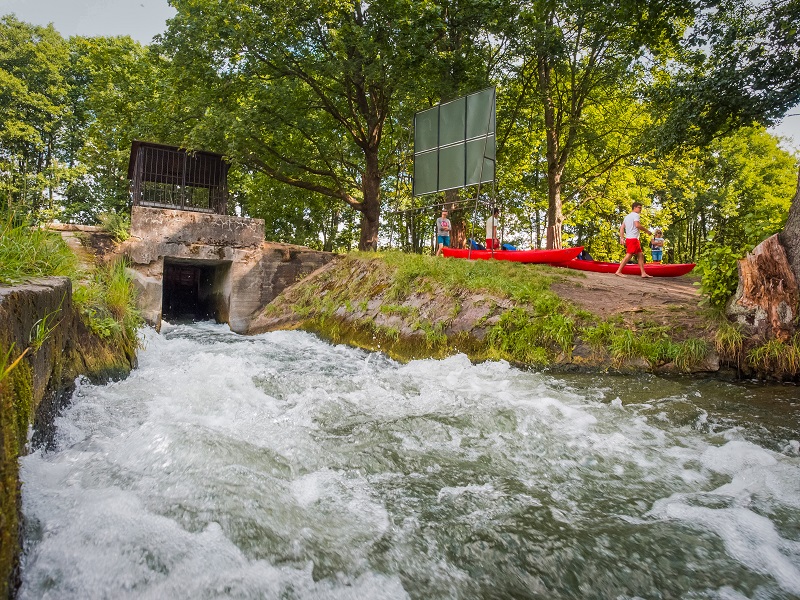 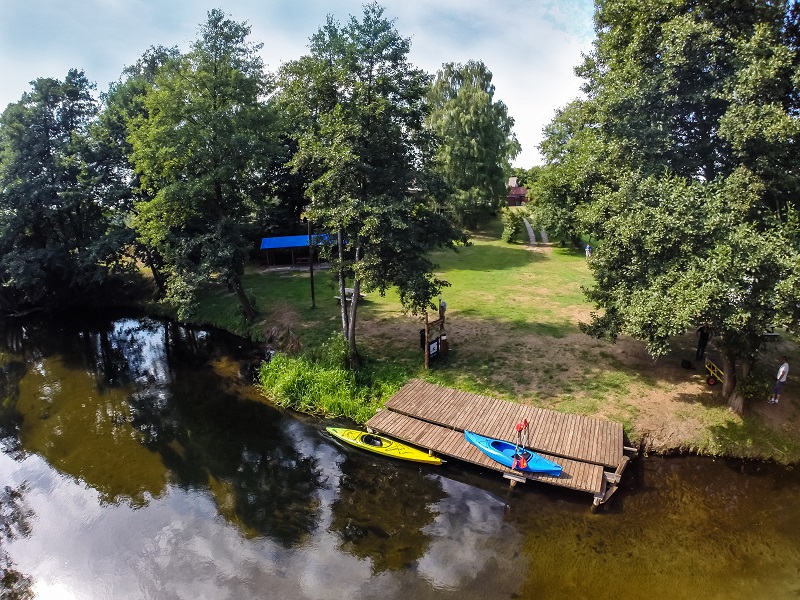 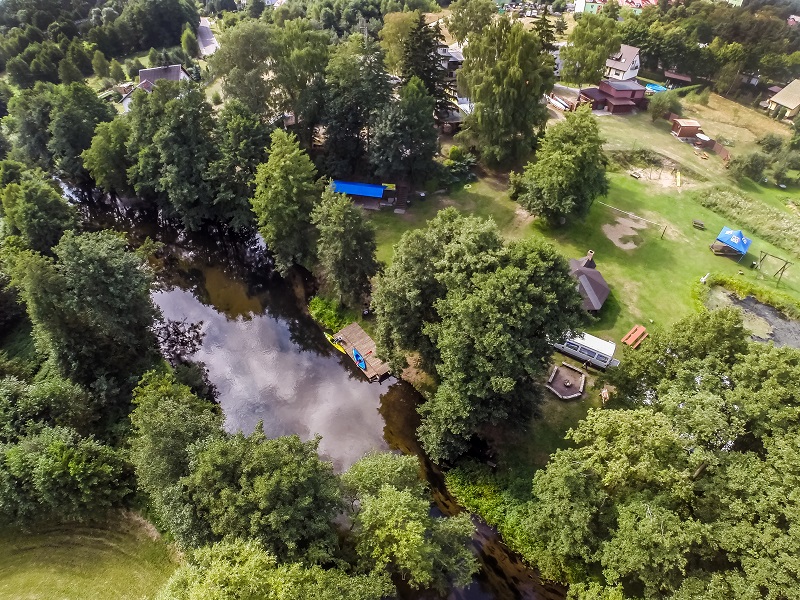 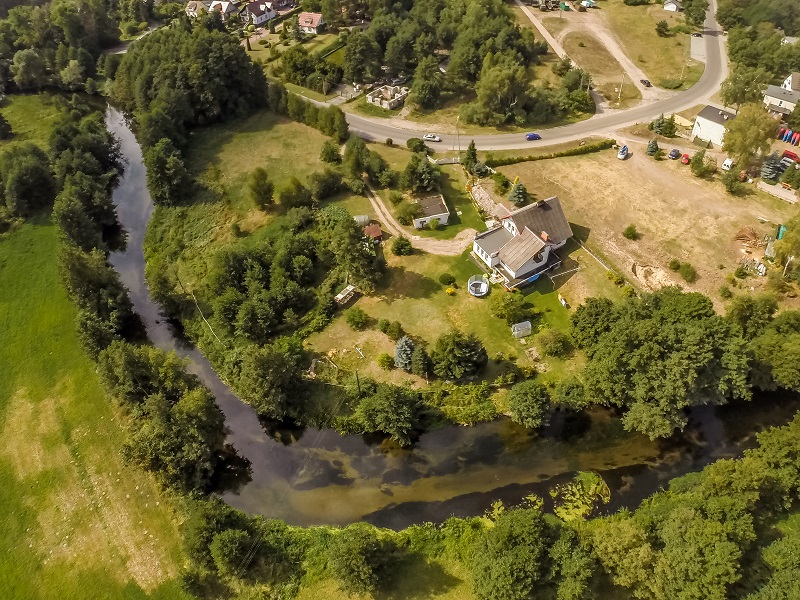 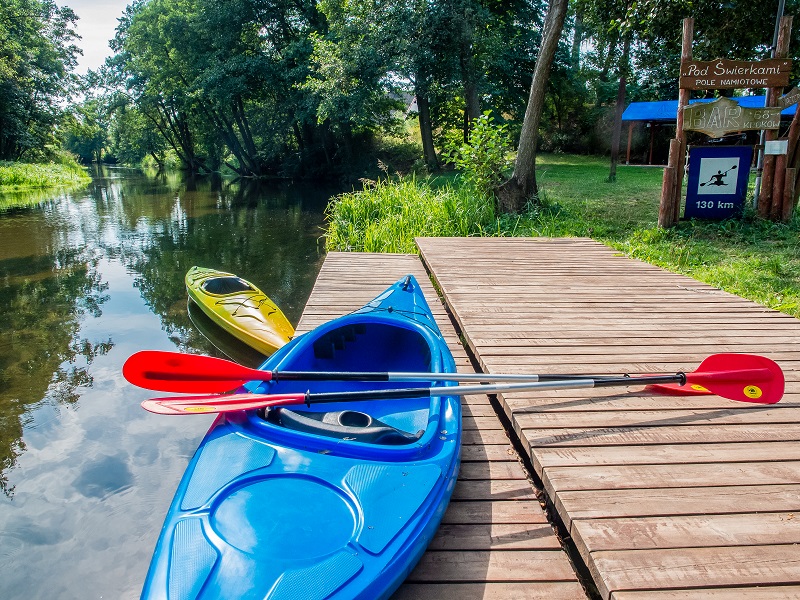 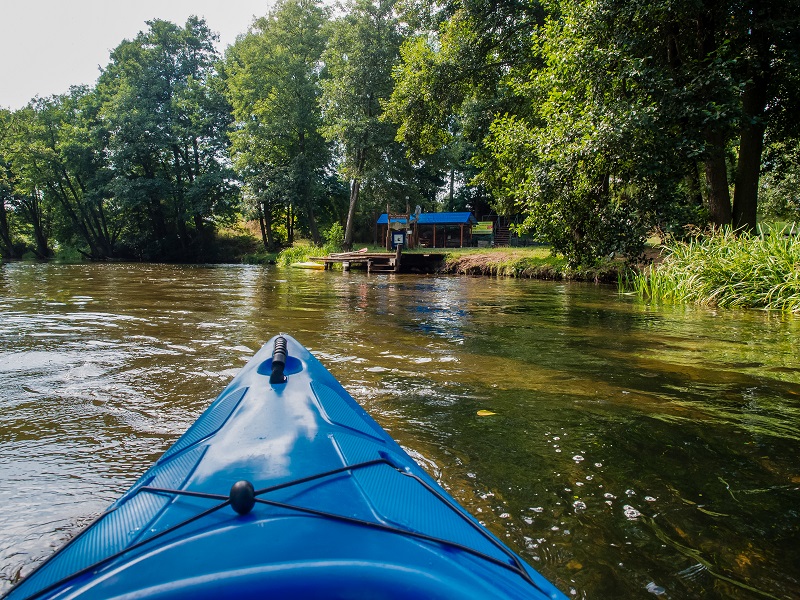 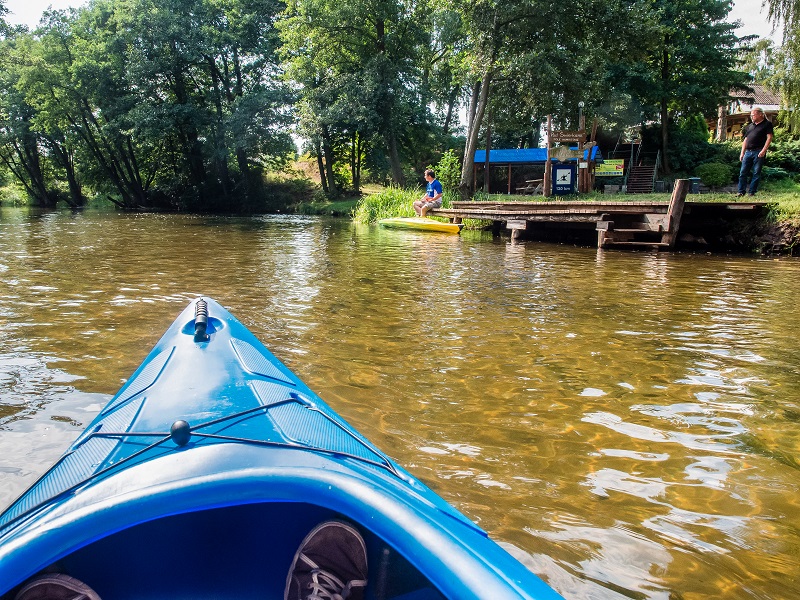 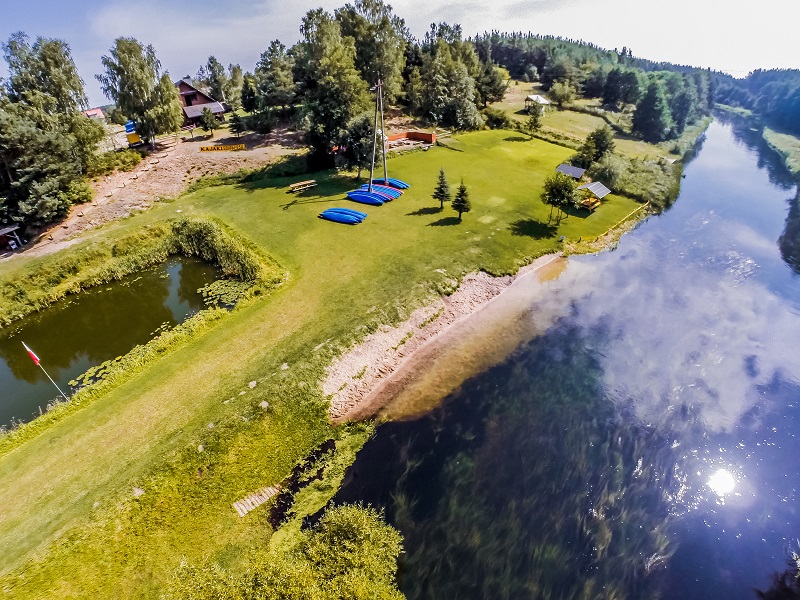 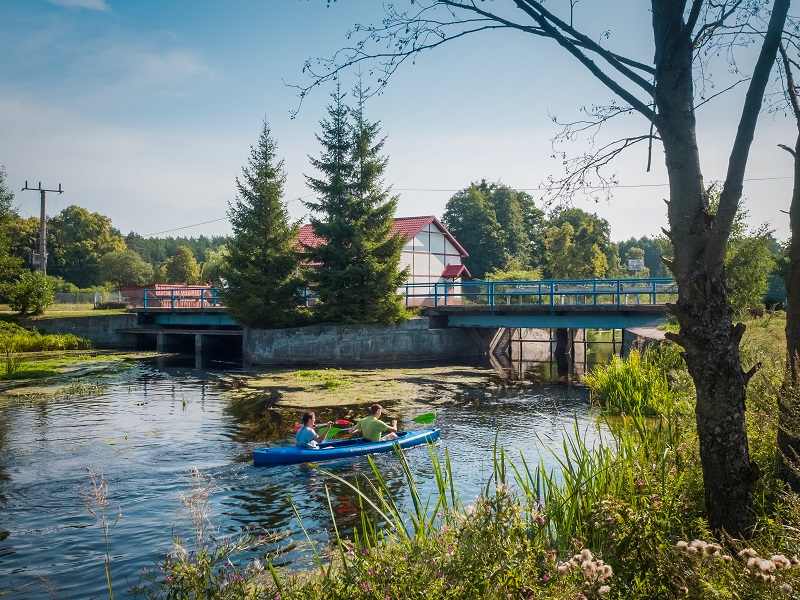 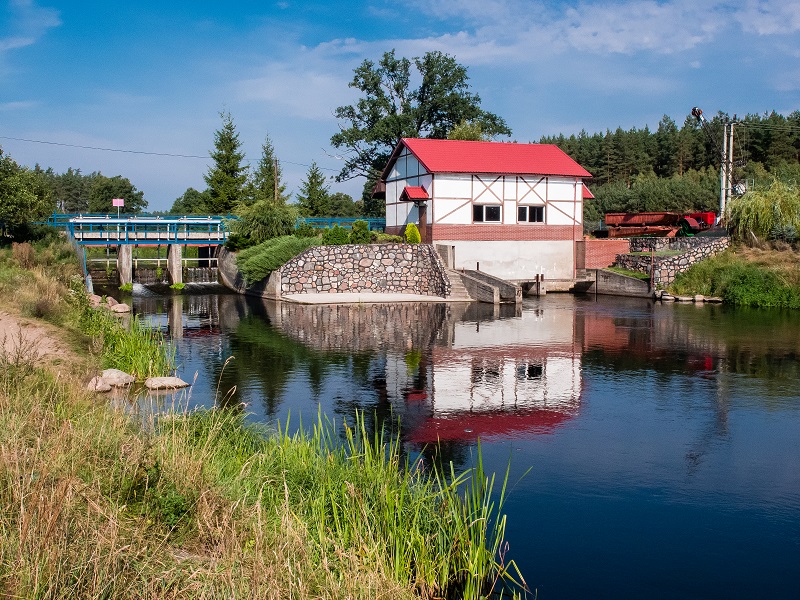 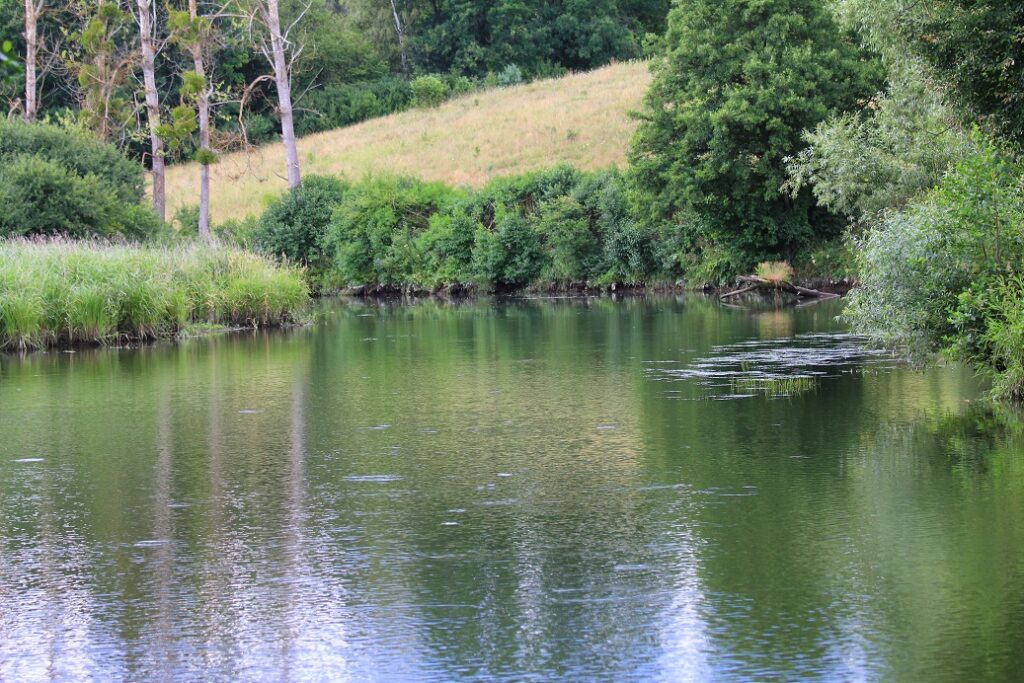