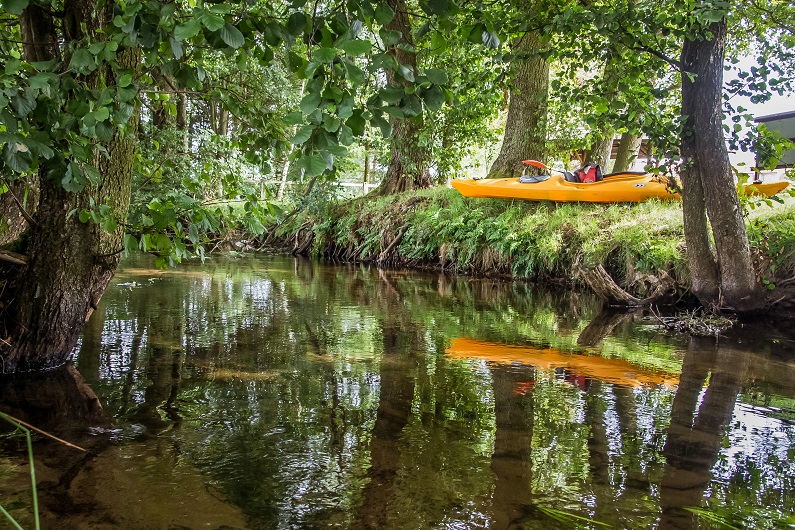 The Biała River kayaking route is really picturesque. It flows trough fairy-tale areas and sometimes meanders significantly. You can begin your kayaking trip in Jeziernik and finish in Dzików. The section is moderately difficult. The Biała is a tributary of the Czernica and flows out of Lake Bielsko (Zachodniopomorskie Voivodeship), a long ribbon lake whose northern end stretches to Biały Bór. Paddling on lakes is a bit boring for kayakers, so it is best to start your trip about 2 km from the place where the river flows out of the lake in Trzmielewo (Zachodniopomorskie Voivodeship) or in a marina on the lake in Jeziernik (in a bay on the south-eastern shore of the waterbody). From here, it is only 350 m to the place where the river flows out of the lake. It is clearly marked. Near the mill, carry the kayaks along the right bank. Further on, the river is quite narrow. It flows among meadows and it is overgrown with a lot of high reeds. After paddling under the railway bridge, you continue your trip through a forest. Along this section, footbridges are another obstacle. On the left, a narrow strip of land divides the river from a lake onto which you must paddle through a cut out passage. The little lakes are connected to each other and they become narrower and narrower. Then, the backwater starts taking the shape of a river again. Later, the river flows into a forest with fallen trees here and there. On the way, you can stop at a kayak marina in the middle of a forest. You go past a small bridge near the Radzewo village (Zachodniopomorskie Voivodeship) and reeds appear again in some parts of the area. The section itself runs among meadows. Before Bielica, the reeds disappear and there are some more fallen trees. Footbridges are a bigger interruption, just as pasture fencings whose fragments are placed in the river. You must watch for the wires of the pastures’ electric fences which hang over the river. You reach Bielica. On the right, before a road bridge, there is a camping site. After you pass the village, the river flows into a forest which will actually be you companion until the end of the trip. You are back in the Pomorskie Voivodeship. In the middle of the forest, there is a small dam (a water gate) – some of the water is used to irrigate the adjacent meadows. You paddle over stones, through several meters of rapids (cascade). For the more cautious, there is a portage along the right bank. Further on, the forest continues. The route is prepared for kayaks as in many places you can see that a chainsaw was used for cutting the fallen trunks, which is why you get out of your kayak very rarely. The river meanders through a boggy forest. The current is moderately fast and the banks are often marshy. You approach the Międzybórz village which has a picturesque forest location. You paddle under road bridges and footbridges. Past the village, a difficult section of the route with numerous obstacles such as fallen trees and makeshift footbridges. After 4 km of paddling, the Biała River flows into the Czernica. Further on, you paddle for around 2 km along the Czernica route through Dzików and the trip ends at the kayak marina in Przyrzecze. 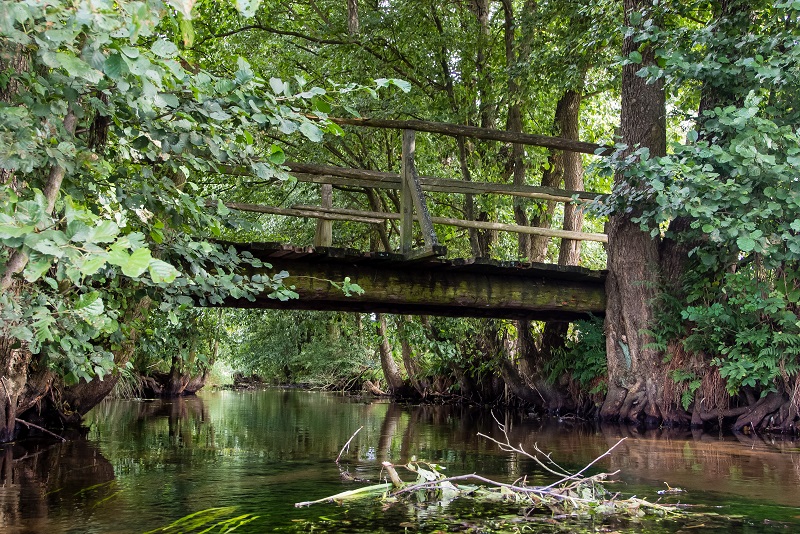 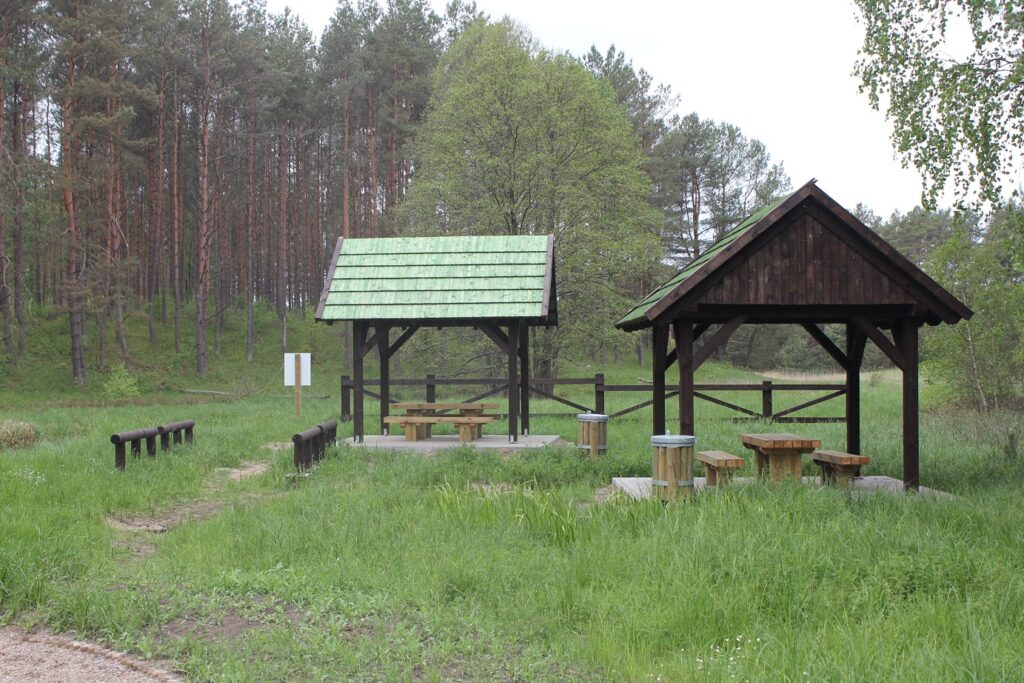 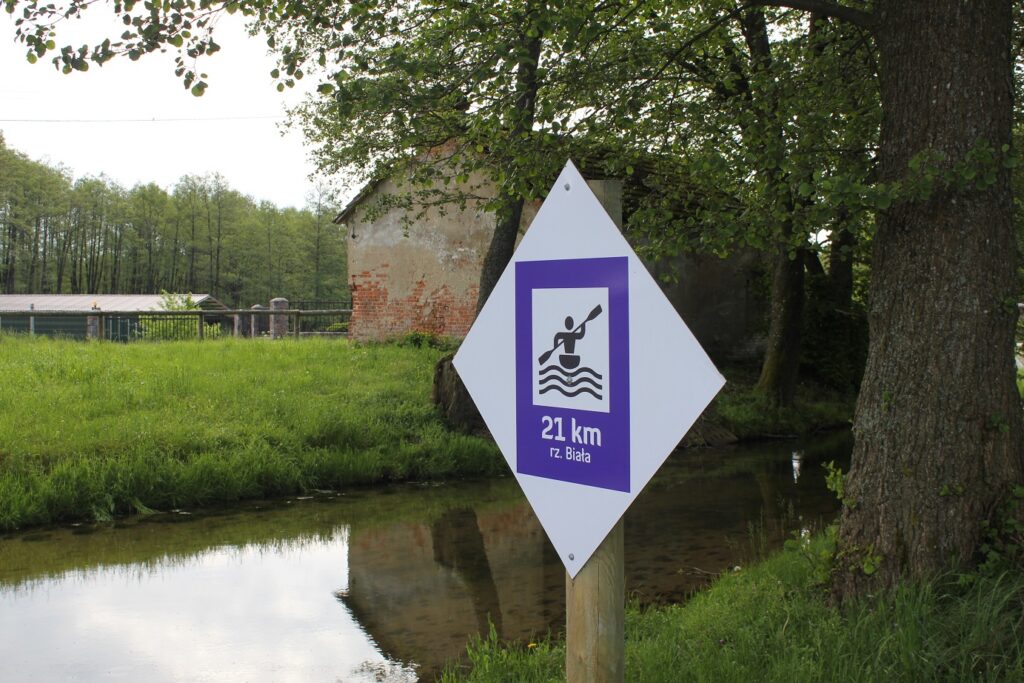 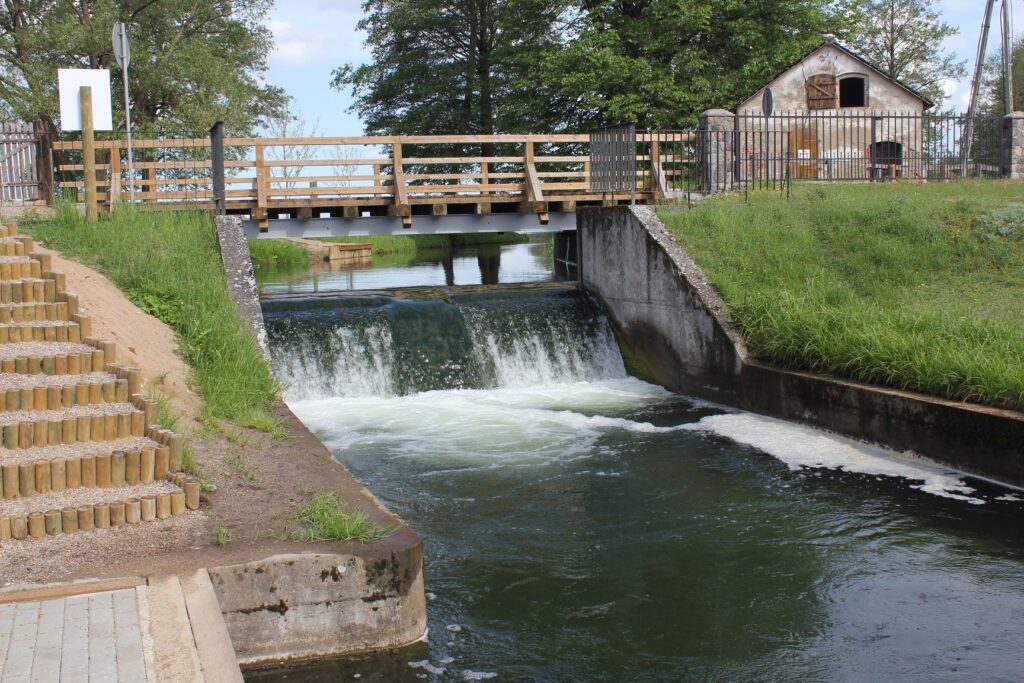 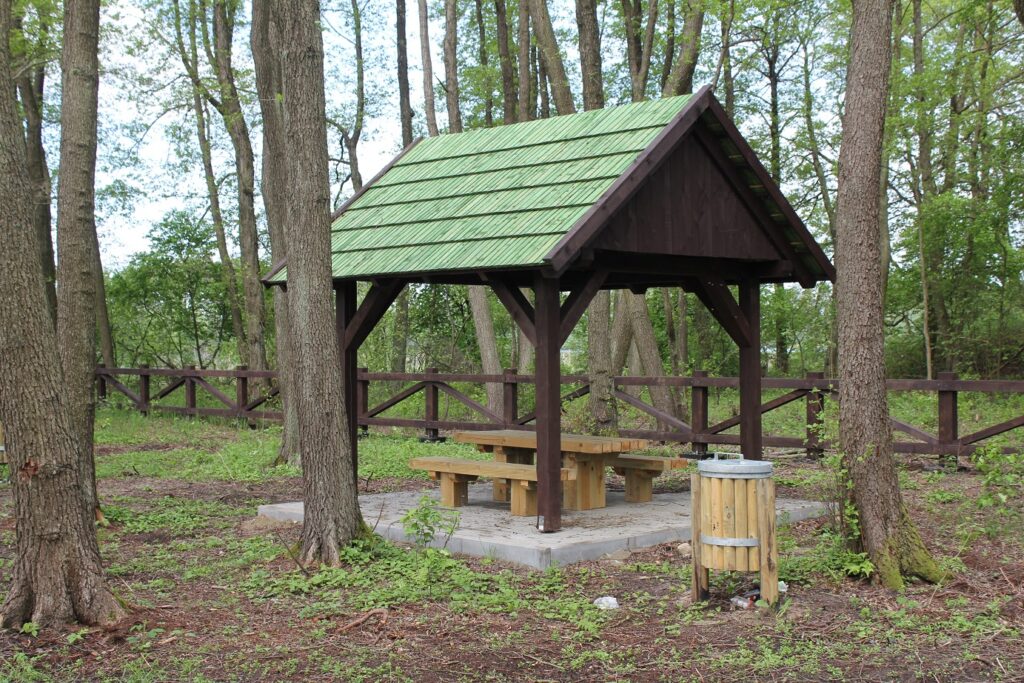 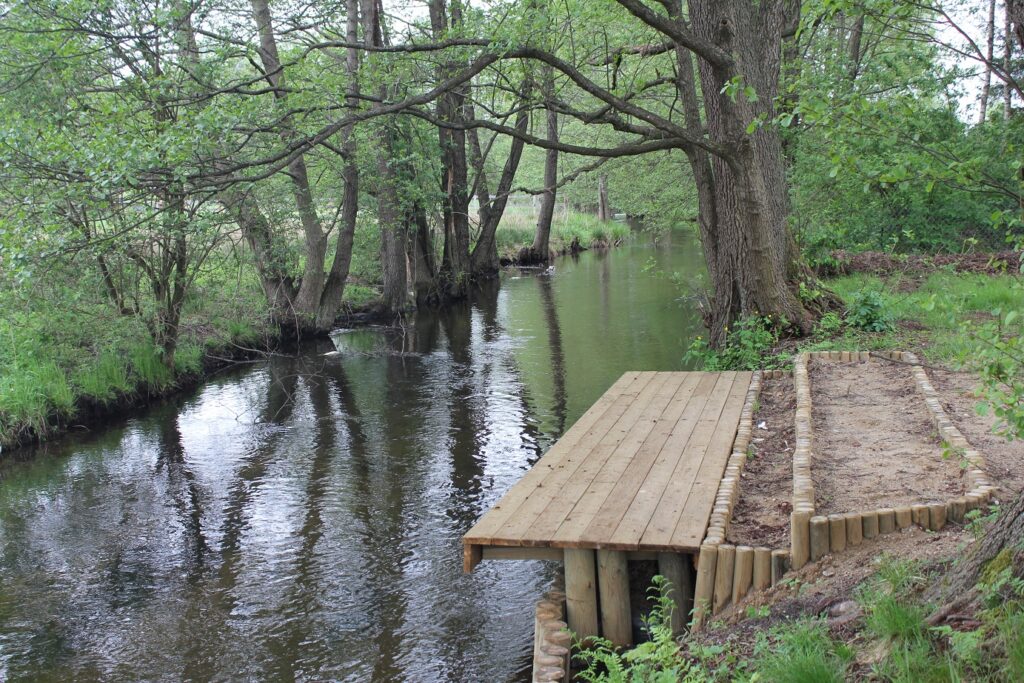 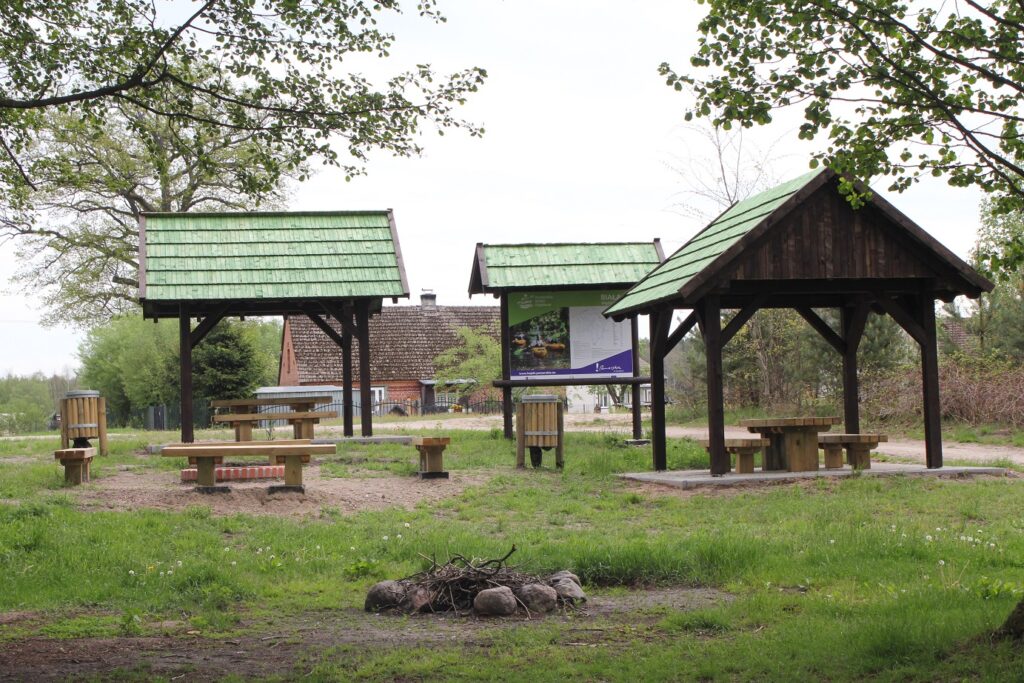