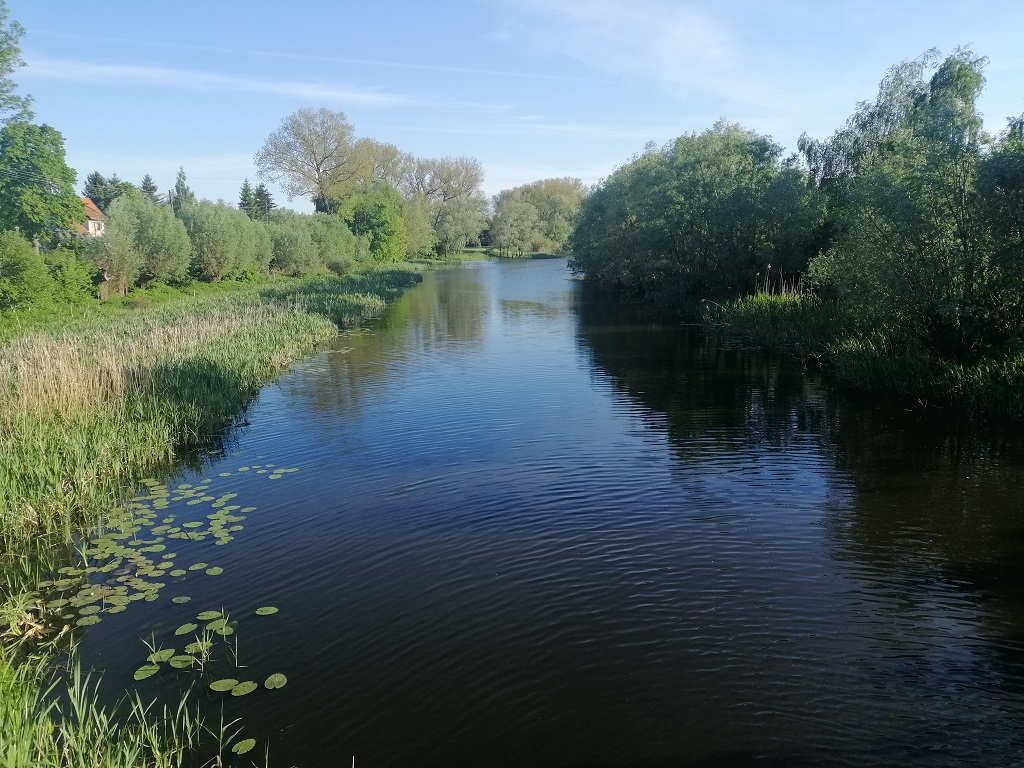 The Panieński Canal, which is also referred to as Panieńska Łacha, are a remnant of a former river in the Żuławy region as well as one of the Nogat River delta’s branches, which would flow into the Vistula Lagoon. Today, the river flows into Szkarpawa and its mouth is cut off by a pumping station in the Osłonka village. The route is easy and as there is no current, you can paddle in both directions. In the summer it may locally become overgrown. It is best to start your kayaking trip near a bridge on the local road in the village of Rakowiska. Initially, the route is narrow and leads through a regulated canal section. After 700 m, you paddle under the bridges of S7 Gdańsk – Warsaw expressway. Around, there is open ground – a typically agricultural landscape (fields and meadows). Before Solnica, the river widens significantly. It flows through Solnica, where you pass buildings on the right. You paddle for another kilometre and reach a wide fork. Turn right. From this point onwards, the canal resembles a Żuławy river. The banks are overgrown with willows, reeds, spatterdocks and kingcups as well as water plants. In this section, the canal is 30-40 m wide. On the right, you pass scattered rural buildings. The route goes under the bridge of the local road and after 1.5 km it makes a noticeable turn to the north on the backwater. You paddle along a short stretch of a slightly winding route. You paddle past the buildings of the Orliniec village, this time on the right. Then, there is another bridge and after 1.5 km, you reach Marzęcino – the largest village along this route. The origins of this place are quite interesting as it is a linear river village. The buildings were constructed on both banks of the river while the canal served as the main traffic route of the village, which connected it with other towns and villages. Along the canal, you can see historic buildings typical of the Żuławy region such as arcade houses or Dutch homesteads. You leave Marzęcino and pass the ruins of an old sluice which was built in 1884. It protected the village and the catchment area of the Panieński canal from water level fluctuations in the Vistula Lagoon. Since 1942, when a large part of the lagoon was drained and the pumping station was constructed in Osłonka, the sluice has been onshore, far from the shore of the then lagoon. You paddle 2.5 km along the canal, which flows through the youngest polder of the Vistula River’s delta and Poland. There is an open agricultural area on both sides and the riverbed is regulated. On the left, you pass a tributary called the Drzewny Canal. Explorers may paddle through the Stara Tuga River to the Tuga River in the vicinity of the Żelichowo village (7 km) or the Drzewny Canal also to the Tuga near the village of Chełmek (7.6 km). In both options, there are small portages under local bridges and the connection with the Tuga River (reclamation embankments, gates). Additionally, you should check the prevailing conditions and in particular whether parts of the section are not overgrown. There is no current in the canal, the water is practically still. It is recommended to plan your trip for spring or early summer. The final metres of the Panieński Canal are a wide and straight riverbed which runs straight to the pumping station in Osłonka. You have to portage on the left side and launch you kayak onto the Szkarpawa. Then, you paddle for about 1.7 km to a yacht and kayak marina in Osłonka. 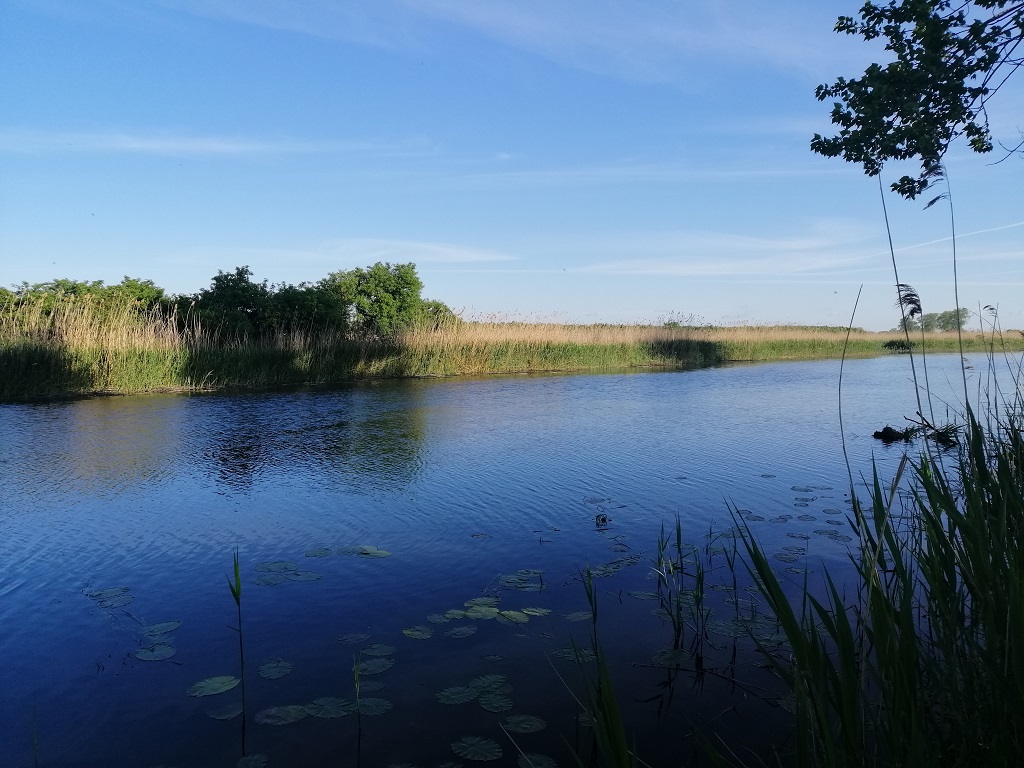