One trip - three (or even four) rivers
Pilica, Graniczna i Trzebiocha 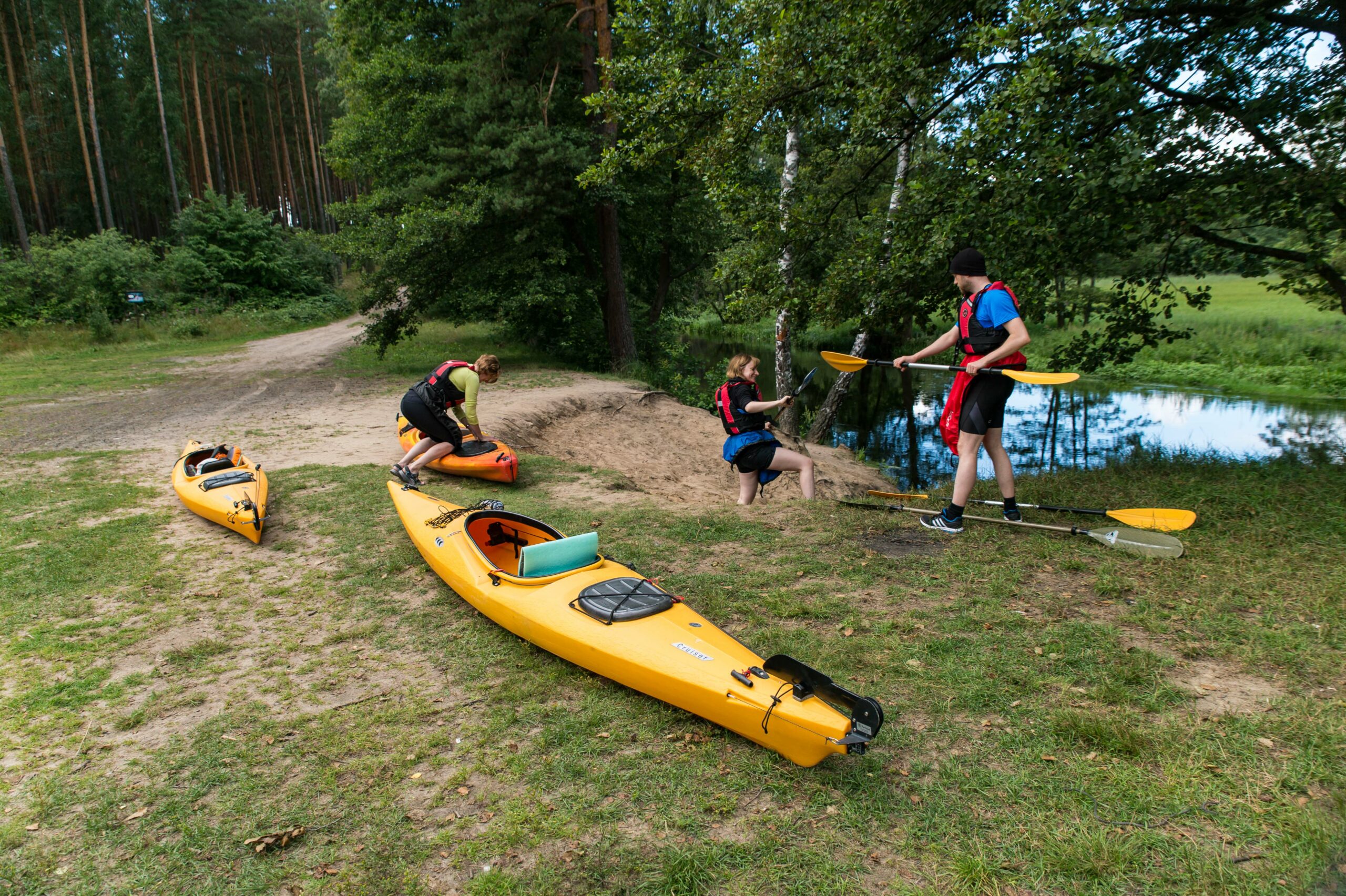 1. Korne – An old Kashubian village near Kościerzyna, surrounded by vast pinewood forests. The village includes a landing spot for gliders and an old historical mill on Pilica – a starting point for kayaking on that river.
2. Garczyn Lake – a large ribbon lake near Kościerzyna. During the interwar period youth scout and water camps took place at the facilities located on the east side of the lake. Their traditions are cultivated here up to this day.
3. Łubiana – A Kashubian village located west of Kościerzyna. It includes the famous Lubiana Porcelain factory which possesses many years of tradition, with the Graniczna Lake passing right next to it.
4. Sudomie Lake – A shallow kettle located on the Graniczna and Trzebiocha river trails. It includes a highly diverse shoreline. Its surroundings include a number of recreation centers as well vast mineral resource surface mines.
5. Grzybowski Młyn – A small village located in the picturesque valley of Trzebiocha by the Wdzydze-Kościerzyna road. In the past it included a mill which now serves as a fish farm.

These are three large tributaries of upper Wda, flowing near Kościerzyna. Each of them constitutes an interesting kayaking trail.
The narrow and twisted, but remarkably charming Pilica, in its upper stream – referred to as Borowa – is navigable for kayakers from the old mill in Korne. It passes by the Łubiana village and near the Lubiana Porcelain Factory. It goes into the Graniczna River just after passing that location. The Pilica kayaking trail is 7 km long from Korne to its mouth.
Graniczna, which starts near Gostomie, goes through a number of lakes in its upper stream. Kayakers take advantage of it from Wieprzenica, located by the large Garczyn ribbon lake which is surrounded by forests. A certain difficulty consists in a narrow culvert underneath the railroad track and road at the exit from that lake. Later Graniczna lazily meanders across grasslands, taking in the waters of Pilica near Łubiana, to end its flow in the Sudomie Lake. In its following stream, under the name Trzebiocha, it passes through two isthmuses at the Sudomie Lake near Sycowa Huta, to later take its waters south towards Wda. From the Żołno Lake it flows rapidly through a picturesque valley in which field and forest landscapes interlace. By the fish farm in Grzybowski Młyn it is possible to rest and have a taste of smoked trout.
From there it is not far to Trzebiocha’s mouth into Wisła where kayakers may end their trip at the Loryniec marina. Depending on the starting point, the trail will be 16 to 17 km long. It is also possible to continue kayaking on the lazily flowing Wda and through the vast Wdzydze Lake, arriving at the kayak marina in Wdzydze which extends the trip at circa 8 km. 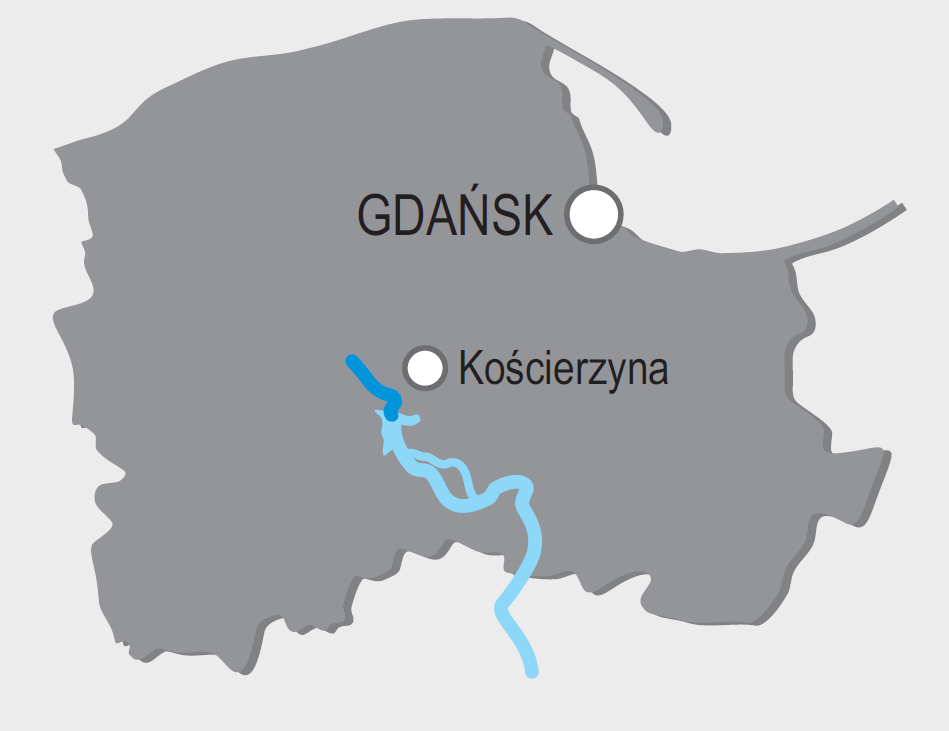 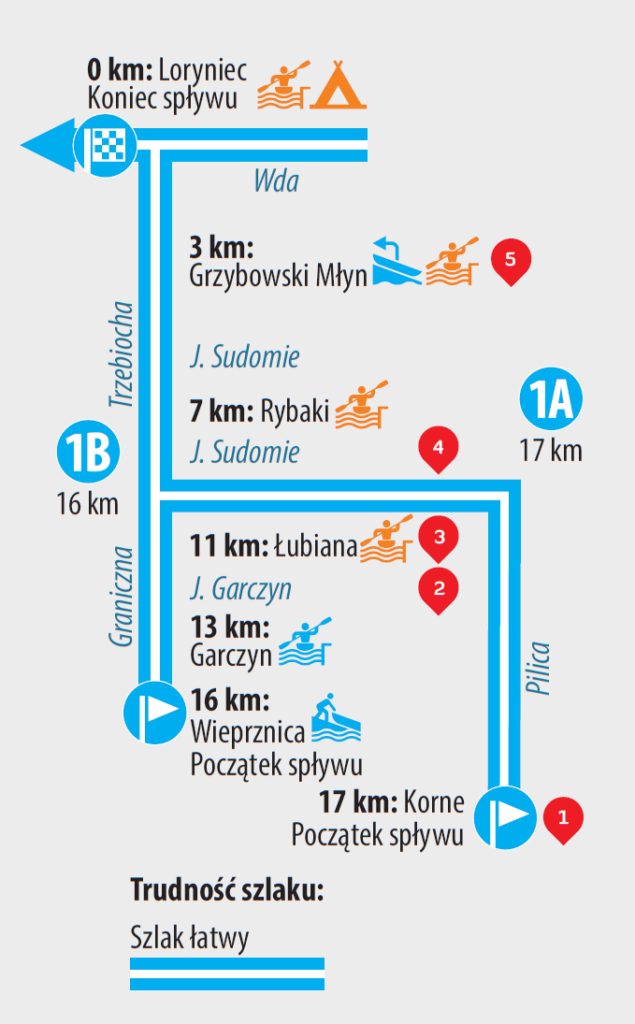 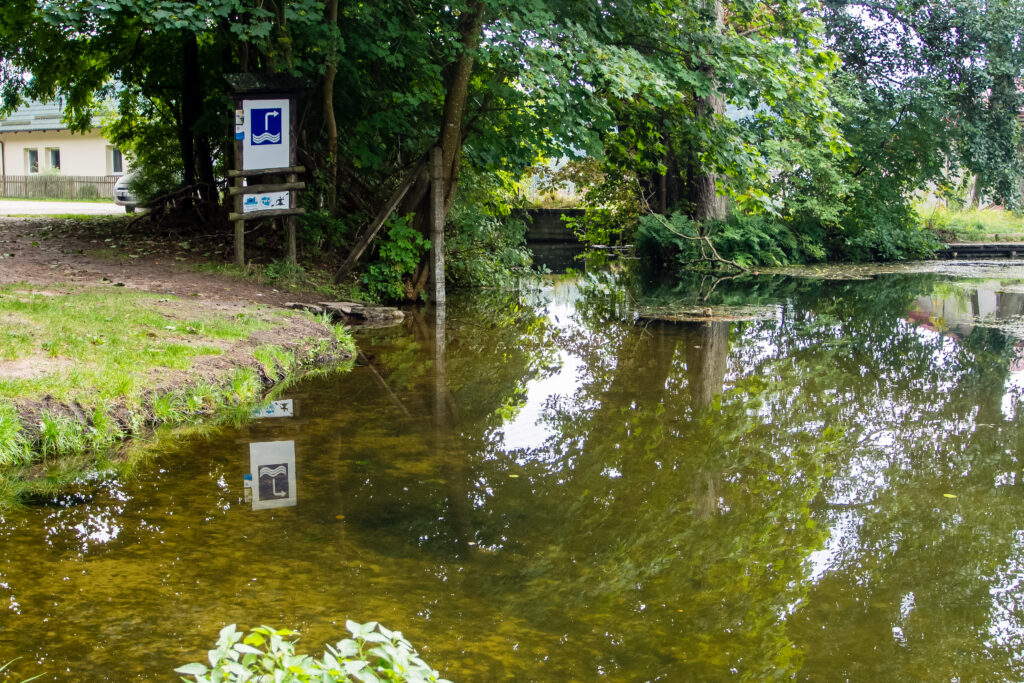 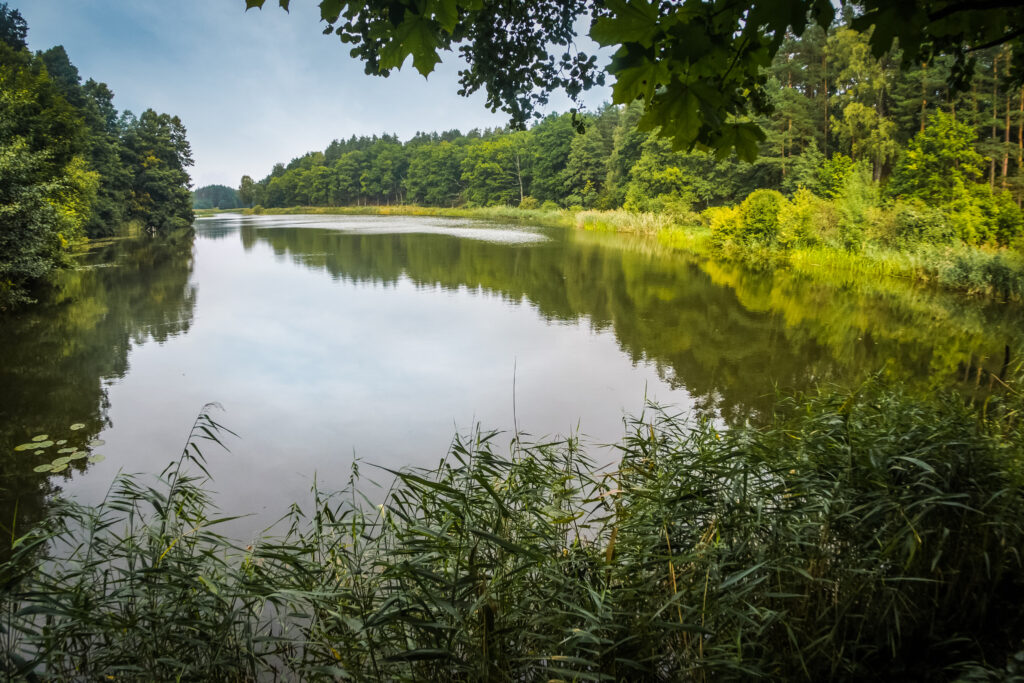 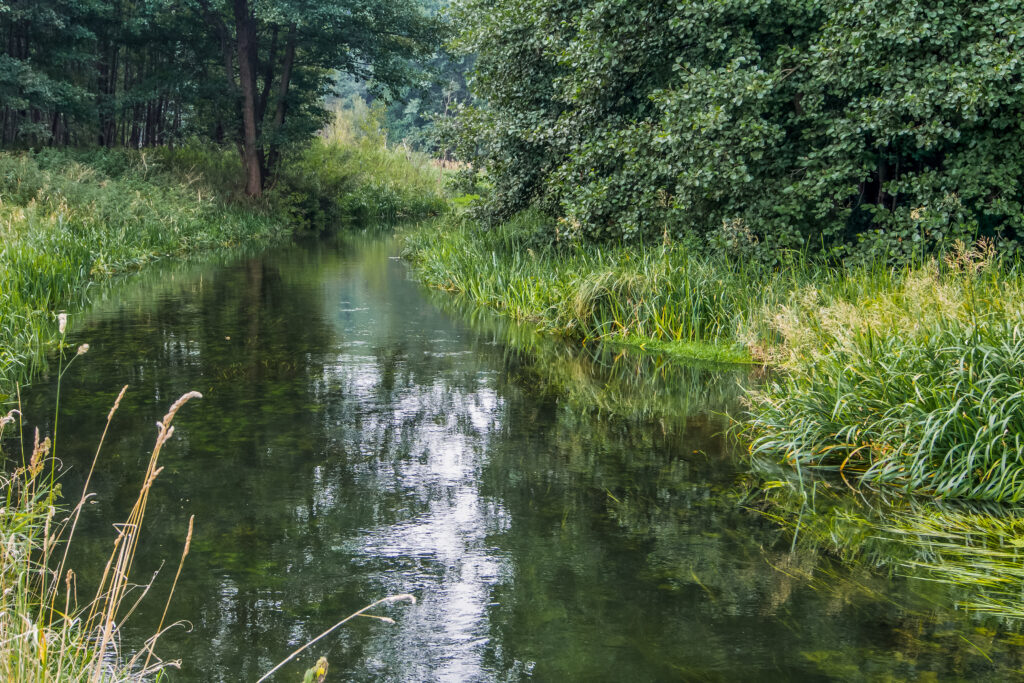 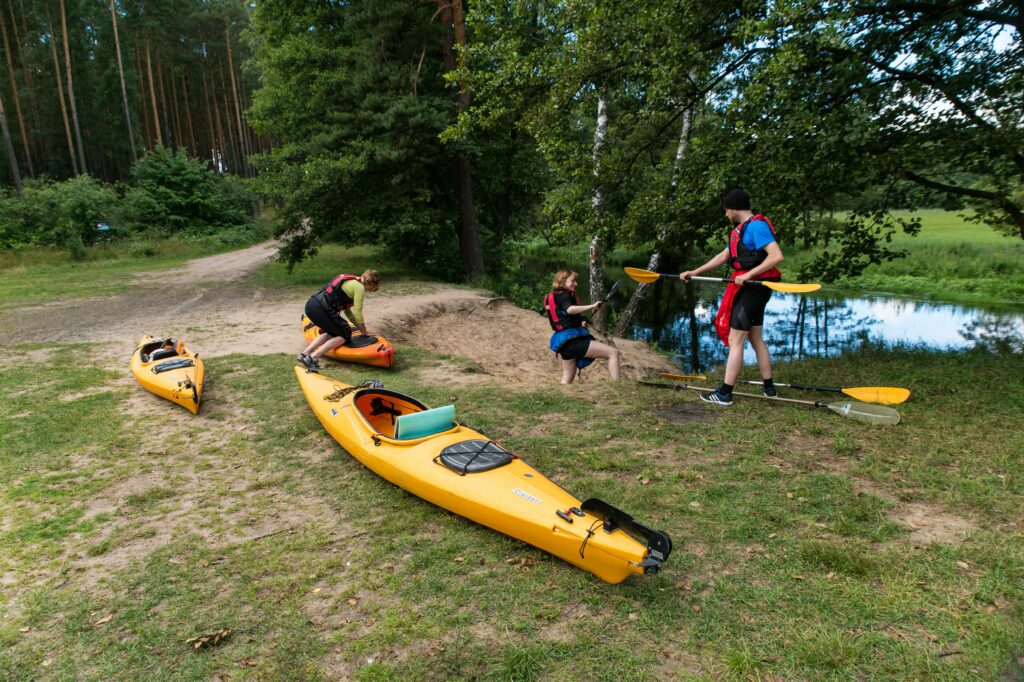