Through the Kashubian Sea and Tuchola Forest in a kayak
Wda 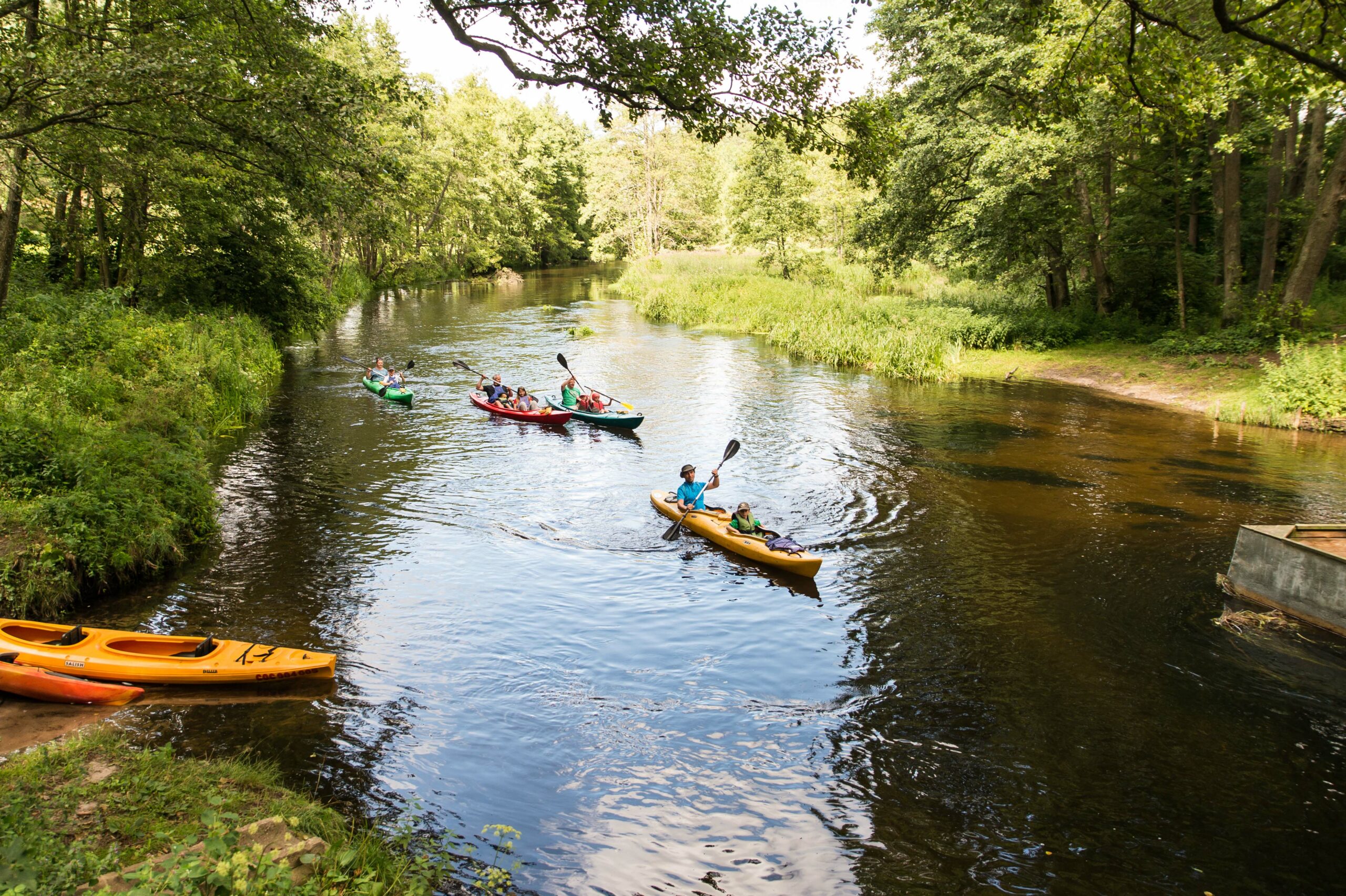 Lipusz. A wooden mill from the 19th century has been preserved in the town. In it, it is possible to see traditional mill equipment and taste bread made from homemade flour. A small but interesting Farm Museum is located in an old Evangelical church. It is possible to begin a trip down Wda by the school or below the mill by a large camping field. Wdzydze Lake. Referred to as the “Kashubian Sea”, it is the largest and deepest lake of the Kashubian Lake District. It consists in five connected ribbon lakes with the river Wda flowing through them. The lake includes a highly divers shoreline and multiple islands. Along with the surrounding beautiful forests, it is protected as the Wdzydze Landscape Park. Open-air museum in Wdzydze. As is the popular name of the Museum – Teodor and Izydora Gulgowski Kashubian Ethnographic Park, constitutes the largest attraction of Wdzydze and the entire area. Historical wooden huts, churches, and farm buildings from the entire Kashubian region have been collected at this vast area by the Wdzydze Lake. Looking at them it is possible to discover the traditions and culture of Kashubia, as well as have a taste of traditional Kashubian cuisine. Together with an observation tower located by the marina, the post mill constitutes one of the two most characteristic constructions in the area. Kręgi Kamienne Reserve. One of the most mysterious locations in Poland. Here, the preserved stone circles and graves from the times of wandering tribes constitute mementos of German Goths who for some time lived in this area during the pre-Slavic period. It is worth to take some time and walk across the area to go nearly two thousand years back in time.

Wda is one of the most popular kayaking trails in Poland. The river is perfect for beginner kayakers and families with children. Its wideness, lack of difficult obstacles in the basin, and slow current work in its favor. All of this allows to contemplate nature, calm down, and focus on the beauty of green landscapes. The Wda trail is perfectly marked, and possesses a great developed tourist infrastructure. It includes the Wdzydze and Wda Landscape Parks as well as various tourist attractions. Only the upper section of the river, from the Wieckie Lake to Lipusz is more challenging and recommended for more experienced kayakers. The most popular and easiest section of the trail, which takes about seven days, is the one between Lipusz and Tleń. It goes through the “Kashubian Sea” – a complex of Wdzydze ribbon lakes as well as the vast complex of the Tuchola Forest. From Tleń, two days of paddling are needed to reach the river mouth in Świeć from where we can continue the trip down Wisła. Wda includes a number of interesting tributaries, the most interesting of which are the ones located in its upper stream Pilica, Graniczna, and Trzebiocha which constitute a fragment of Wda’s trail or independent kayaking trails. A narrow hydrotechnical construction has been constructed in the central stream of the river – the Wda Canal which irrigates the dry areas of the Tuchola Forest as well as may constitute a kayaking trail. 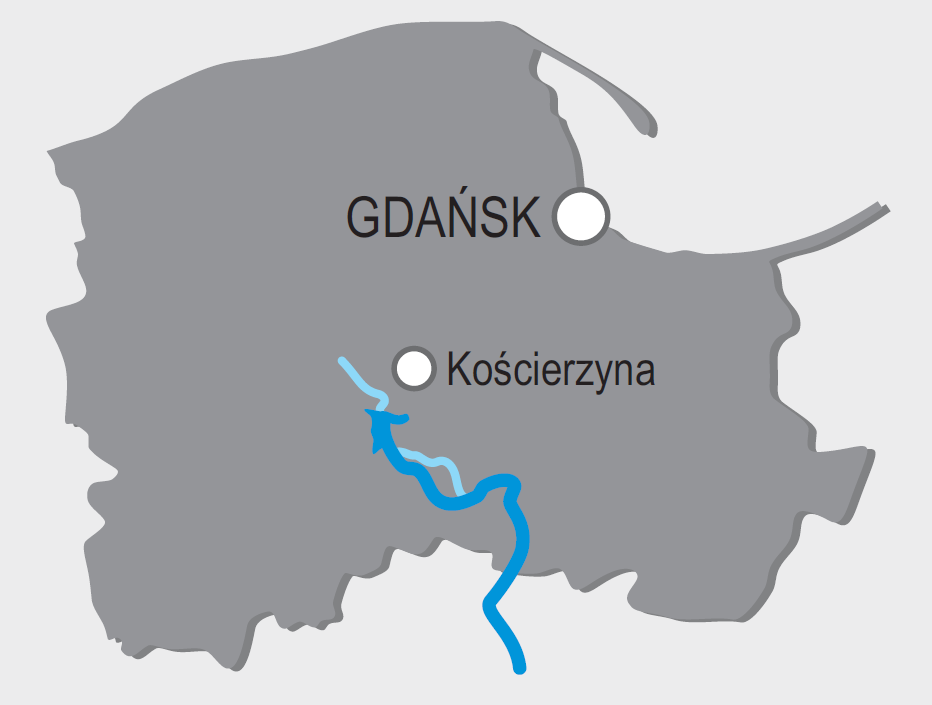 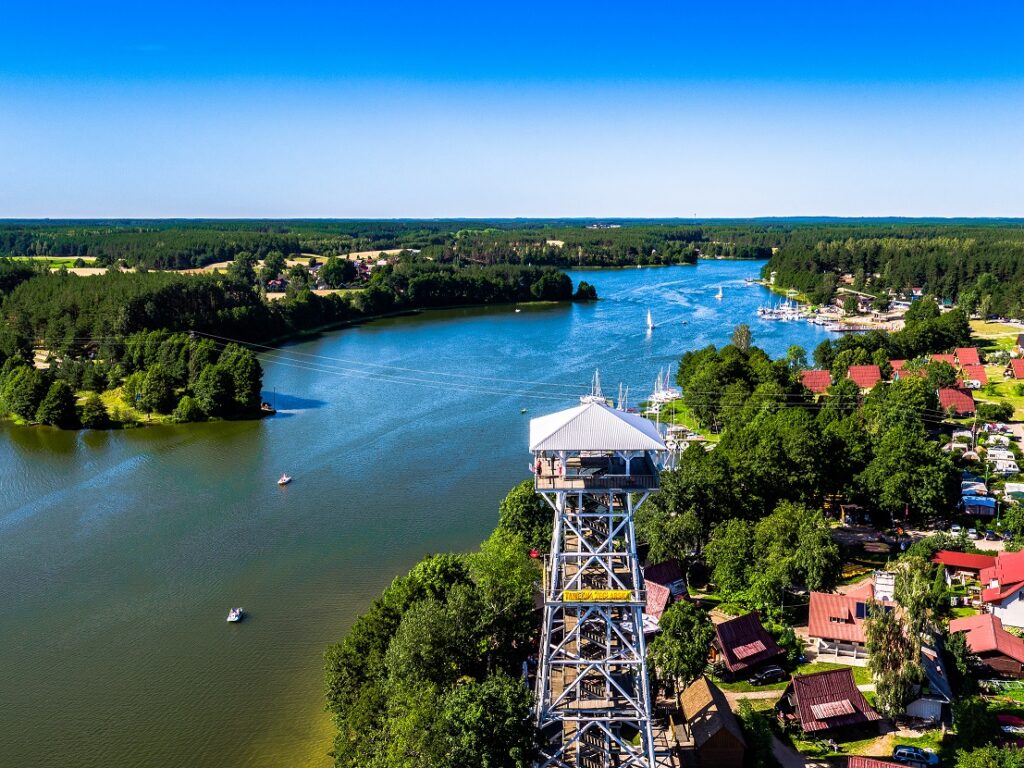 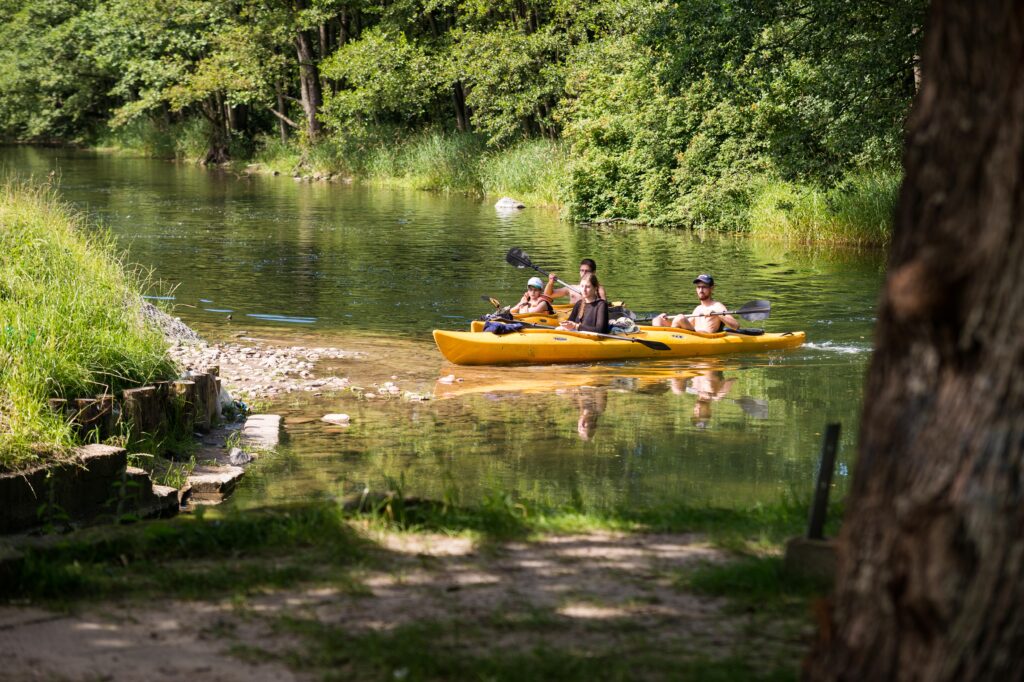 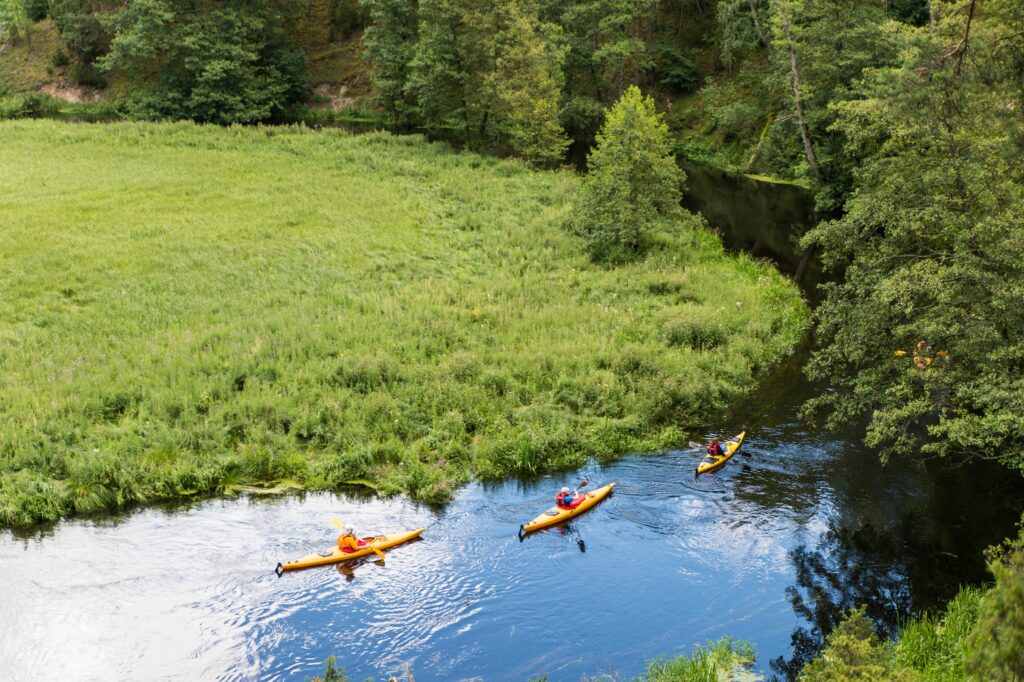 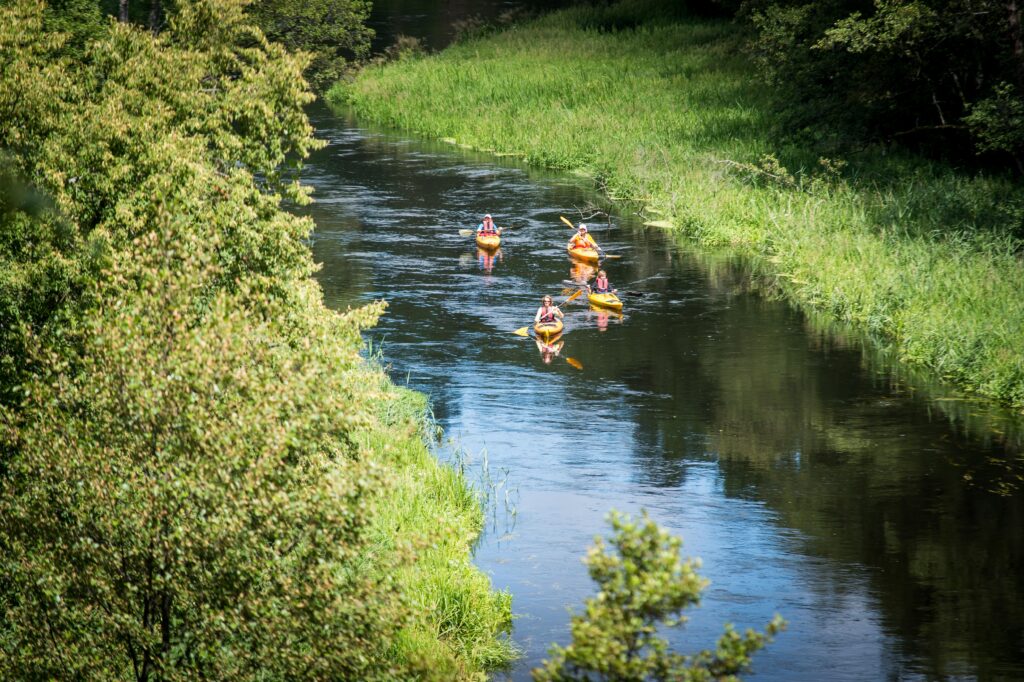 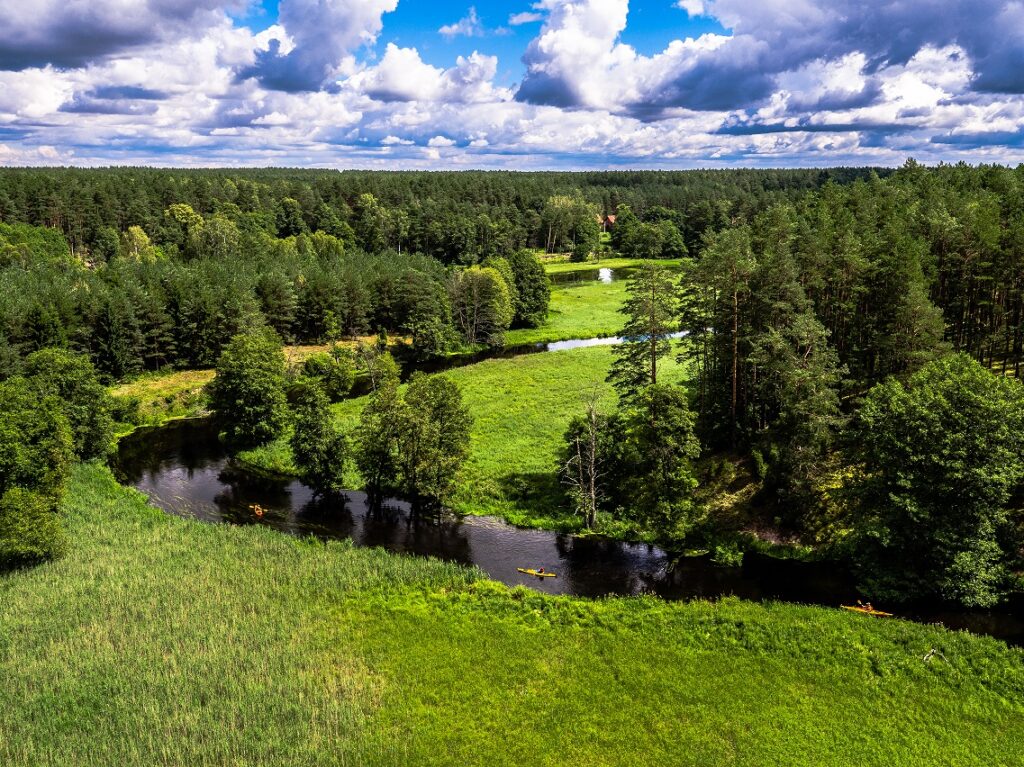 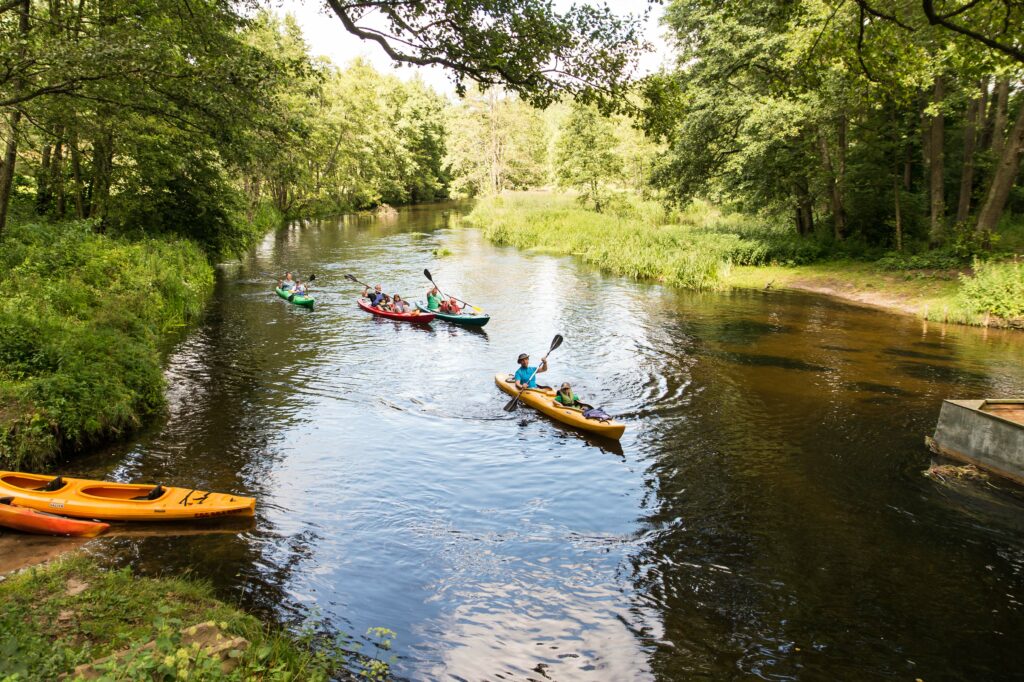