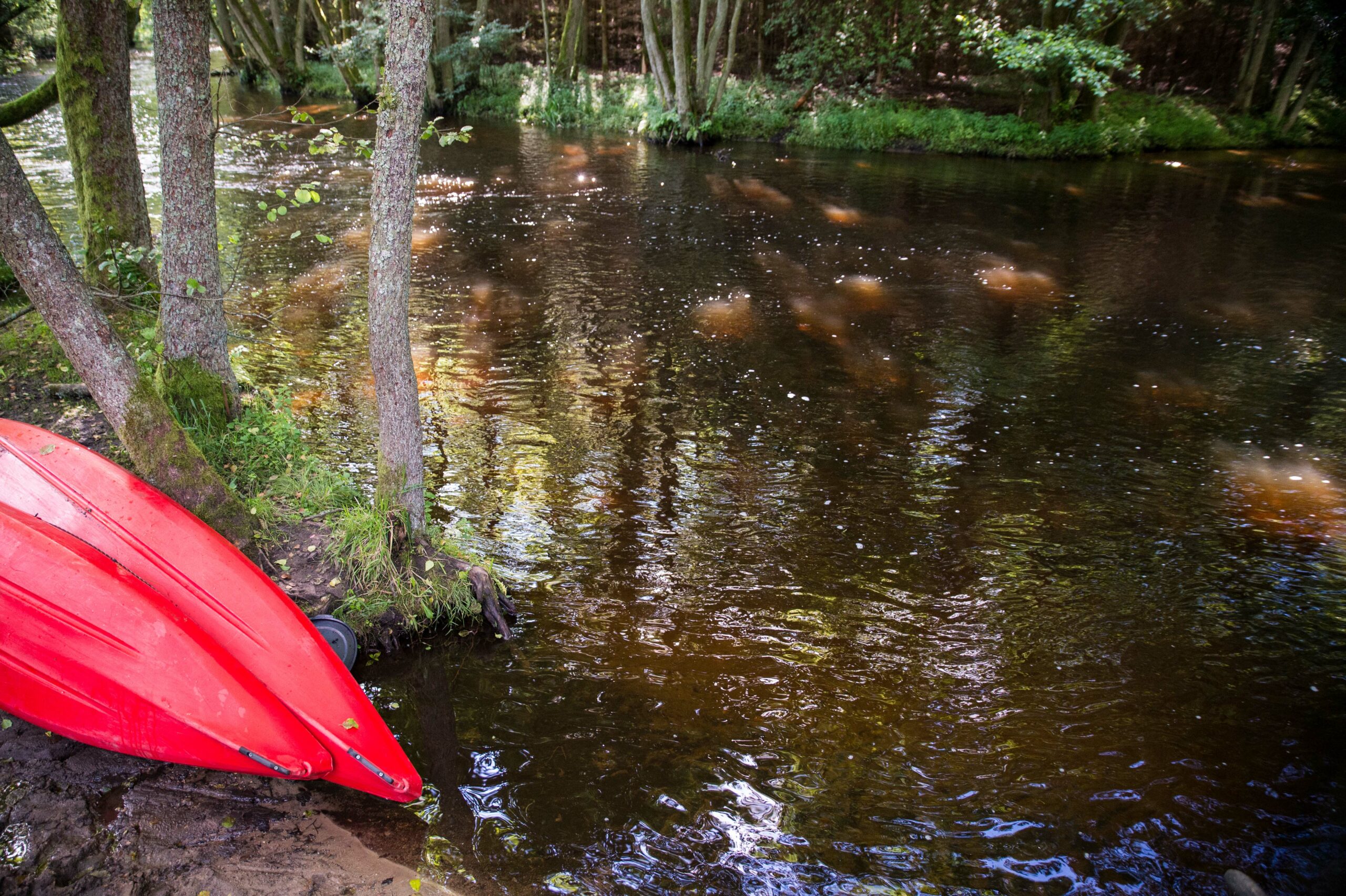 Biesowice. The water power plant in Biesowice is one of the most beautiful hydrotechnical constructions in Pomerania. With its brick construction it resembles a gothic castle. In Biesowice it is also worth to see the neogothic palace. At one of the nearby hills, dominating over the Wieprza valley and covered with a beech forest, it is possible to find a historical mausoleum (near the school). It commemorates soldiers from that village who died during the First World War. Today Kępice constitutes a small town, and in the past it was an industrial settlement. The town developed thanks to the investments of chancellor Otto von Bismarck who possessed an estate in the nearby Warcin. A paper mill, sawmill, and four water power plants were in operation here. A tourist complex is located by the nearby Obłęskie Lake which constitutes a good resting point on the Wieprza kayaking trail. Sławno. A town right out of the Middle Ages. It is not located right by Wieprza, but a Municipal Canal leads directly to it. Multiple monuments have been preserved in Sławno, including the ruins of town walls as well as various other monuments such as the beautiful Saint Mary’s Church. Darłowo and Darłówko. A town complex from the Middle Ages. As a trading port Darłowo developed during the times of the Hanseatic League. The town is overlooked by the majestic construction of the gothic Castle of Pomeranian Dukes located by Wieprza – the only remaining seaside castle in Poland. The medieval urban layout with a beautiful square has prevailed until contemporary times, as did multiple monuments including gothic churches and the ruins of town walls. Whereas, the nearby Darłówko constitutes a sea harbour where it is possible to end the trip in the outport near the Baltic beach (after initially reporting the kayaking at the harbour master’s office).
Wieprza is one of the most beautiful rivers in Pomerania. It enchants with the beauty of a pristine landscape and the majestic character of nature. On the trail it is possible to see historic water power plants, the biggest of which is located in Biesowice. The central and lower parts of Wieprza are quite well developed and include a number of coastal tent fields and marinas. In its upper section the river crosses multiple, unreachable gorges. Its fast current and multiple riffles give upper and central Wieprza a character of a submontane river, recommended for experienced kayakers. Especially the part above the Pokrzywna mouth is characterized by long riffles, obstacles, and shallows, and that is why it is available only for individual kayaks. For that reason it is best to initiate rafting on Wieprza at its right-bank tributary – Pokrzywna. This river is remarkably charming and available also for less experienced kayakers. The lower section of Wieprza, starting at Korzybie, is calmer and better for amateur kayakers as well as families with children. The so far dominating forest landscape is exchanged for vast fields and grasslands. The side distributary of Wieprza goes through the center of Sławno which includes various and multiple monuments. Whereas, in Darłowo the kayaking trail goes right underneath the majestic Castle of Pomeranian Dukes. The river goes directly into the Baltic Sea which allows to end the kayaking at the Darłowo outport, near the Baltic beach. 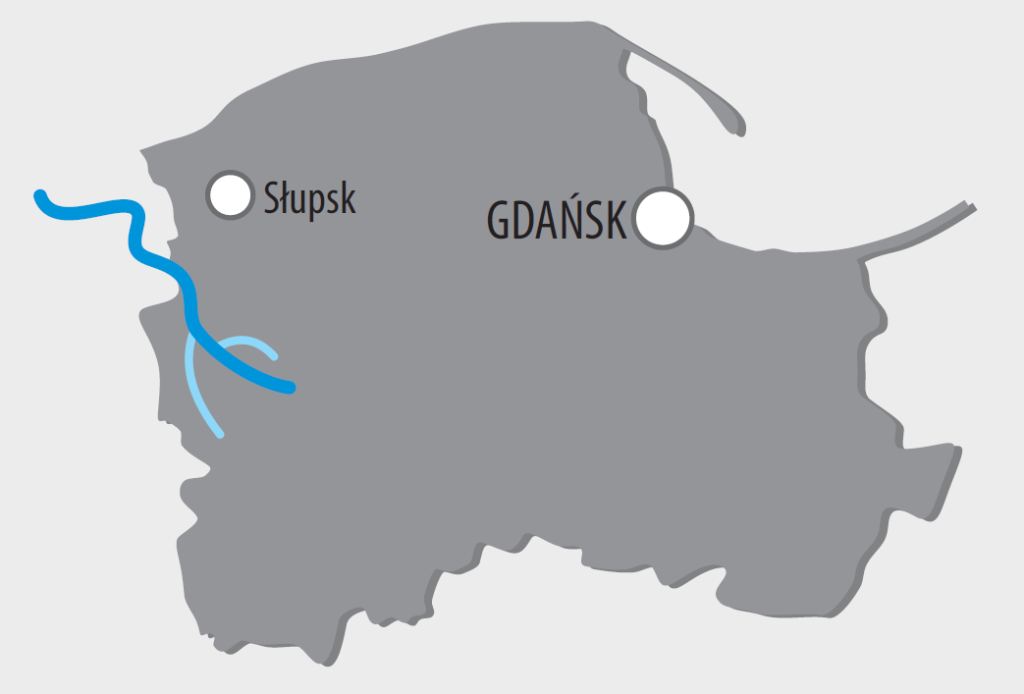 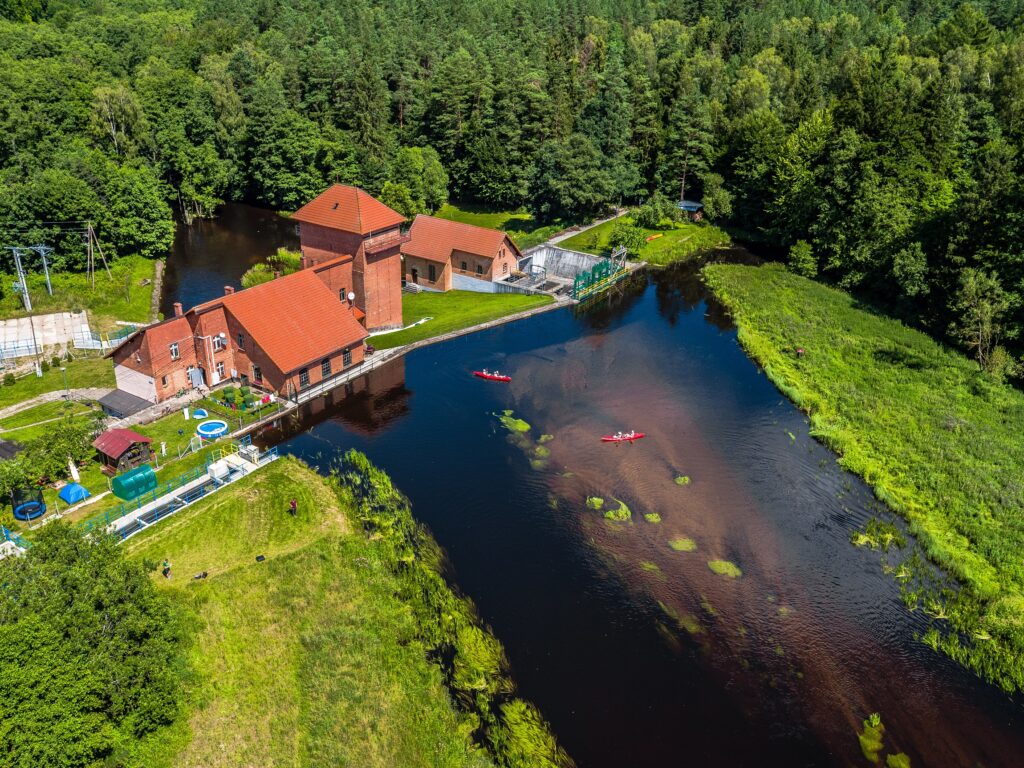 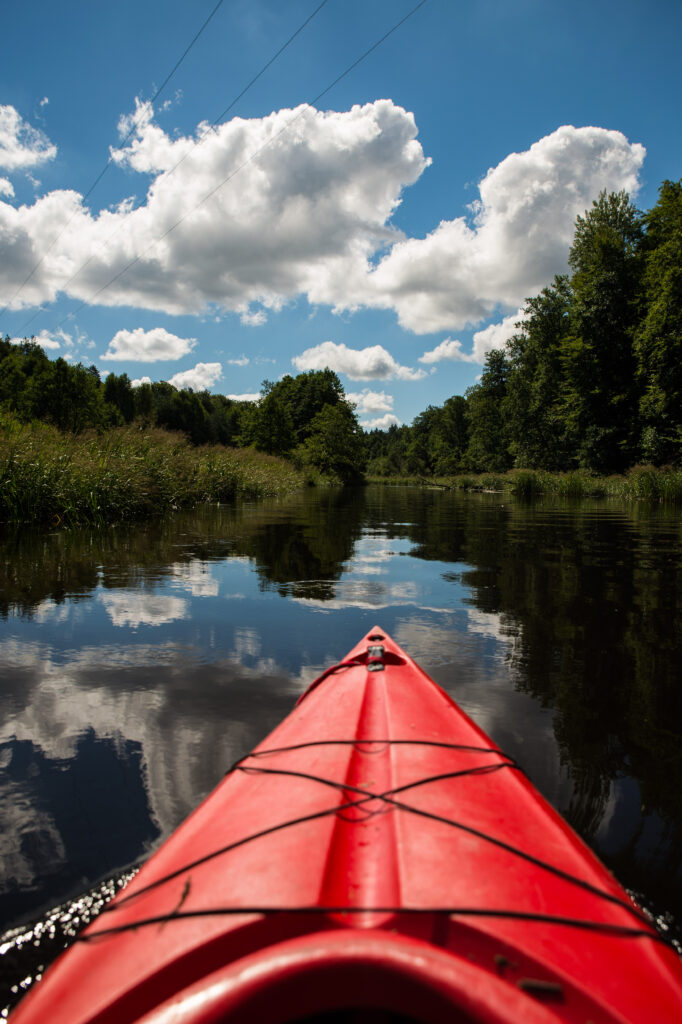 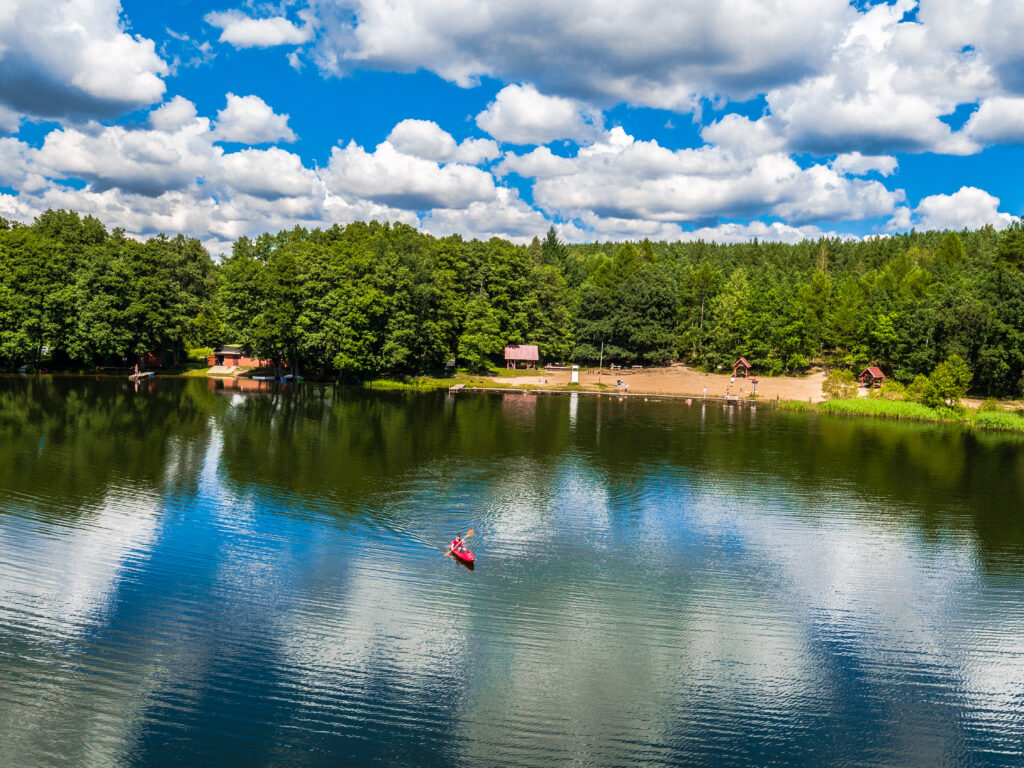 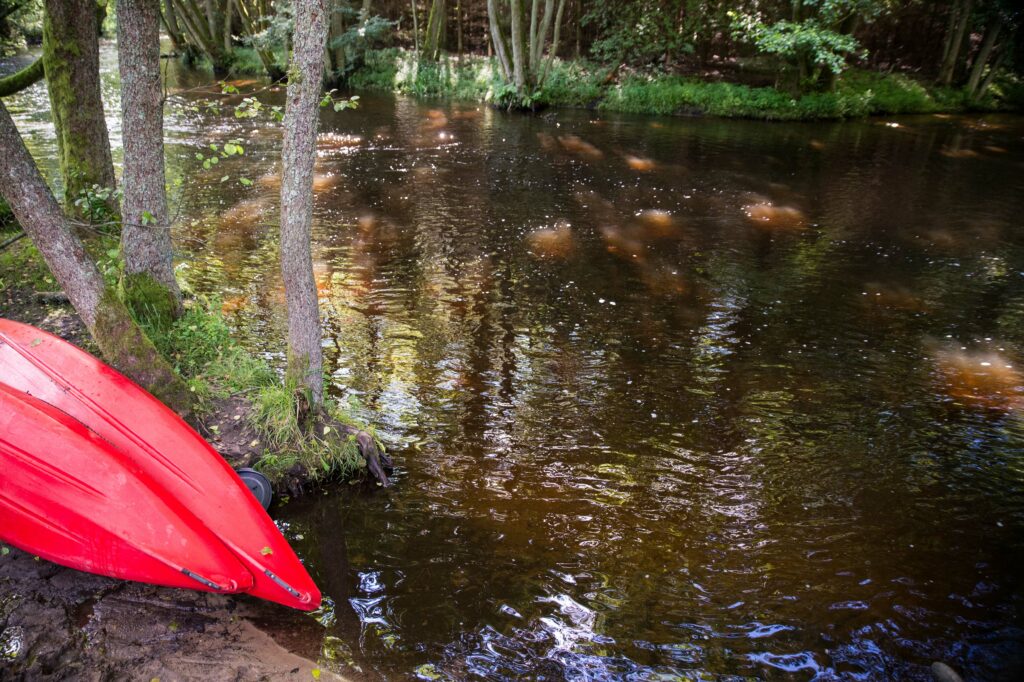