A canoe prelude to the Brda River
Zbrzyca 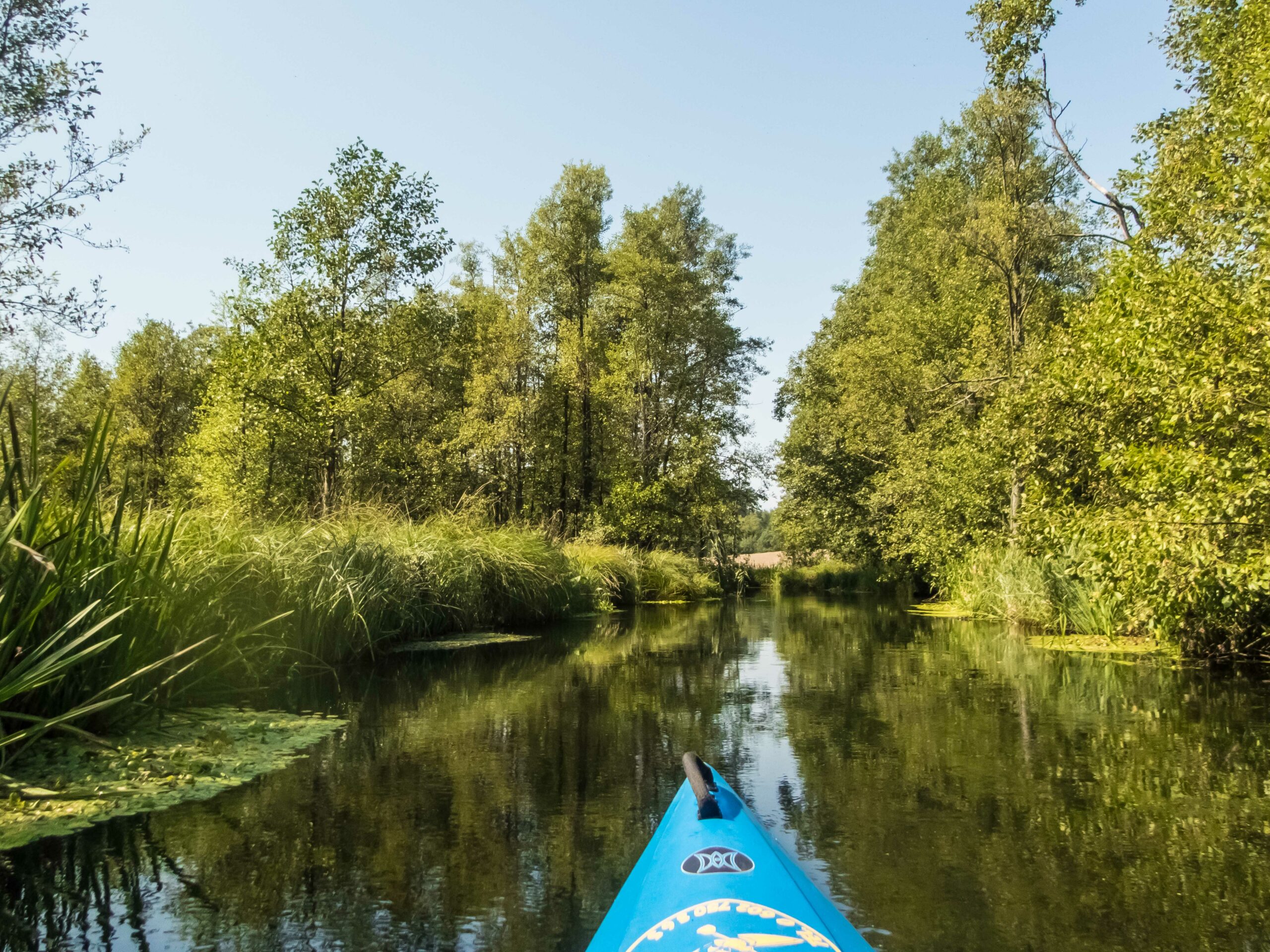 The Zaborski Landscape Park protecting the nature of the Tuchola Forest and unique cultural landscape of Zabory, as this part of Kashubia is referred to. The Kashubian language and traditions are well preserved in this area. Remarkably beautiful pinewood forests, plentiful rivers and lakes, as well as small villages hidden among forests, with perfectly preserved traditional wooden buildings constitute the characteristic features of this region. It is remarkably popular among kayakers, mushroom pickers, and summer campers. Sominy. A small summertime town picturesquely located by the vast Somińskie Lake. The village’s attractions consist in a wooden church from the 18th century as well as multiple wooden huts. One of them serves as an open air museum – a shepherd’s enclosure. The Kulawa river valley (nature reserve unavailable for kayakers). The small Kulawa river constitutes a right-bank tributary of Zbrzyca. In the lower section of this picturesque valley, an old melioration system from the 19th century has been precisely recreated and an educational trail was formed. The upper part of the river is covered by a pinewood forest with multiple monumental juniper trees and old birches, also under protection. Laska. A midforest and charming location. An attraction of the settlement consists in an almost 400 year old “Dąb Łokietka”, the Zbrzyca kayaking trail, as well as chara and lobelian lakes with remarkably clear water: Głuche, Zmarłe, and the “Nawionek” nature reserve.
Zbrzyca is regarded as Brda’s most beautiful tributary, it enchants with forest landscapes and remarkable plant life. The trail goes through a magical world of wild nature untouched by human hands, protected as the Zaborski Landscape Park. Along with the river’s stream the picturesque forests from time to time give space to long and narrow ribbon lakes. The Zbrzyca valley was heavily damaged in August 2017 when a sudden storm broke millions of trees in the Tuchola Forest. The areas of Somin and Przymuszewo were especially damaged, and repairing the forests will take many more years. It’s best to start the trip from Sominy near Somińskie Lake or in Parzyn. The upper section of the river (above Kaszuba) is rather burdensome due to the narrow basin, multiple portages, and vast shallows. At a low water level problems may occur and there will be the need to carry kayaks over short distances. The fragment from Parzyn is breathtaking, similarly as its final section in which Zbrzyca flows through forests in a wide basin going into the Witoczno Lake with which it connects to Brda. This fragment of the river, going through vast pinewood forests, is one of the most beautiful kayaking trails in Poland. A trip down Zbrzyca may be ended in a kayak marina on the Witoczno Lake or Brda in Swornegacie, Płęsno, or Drzewicz. 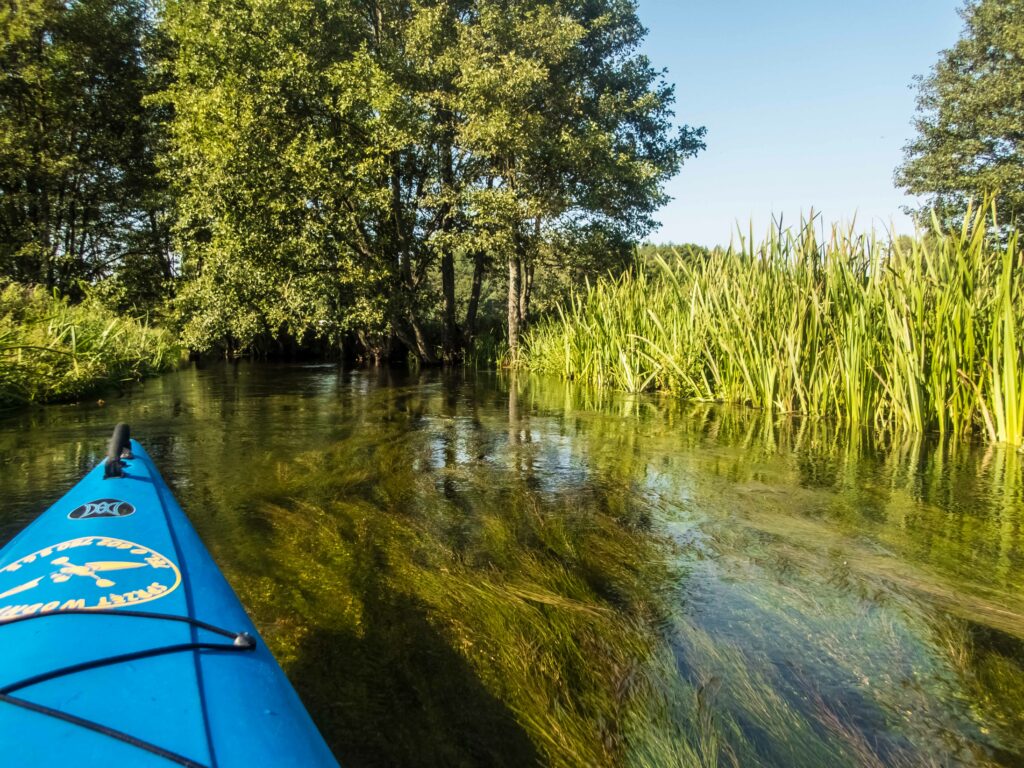 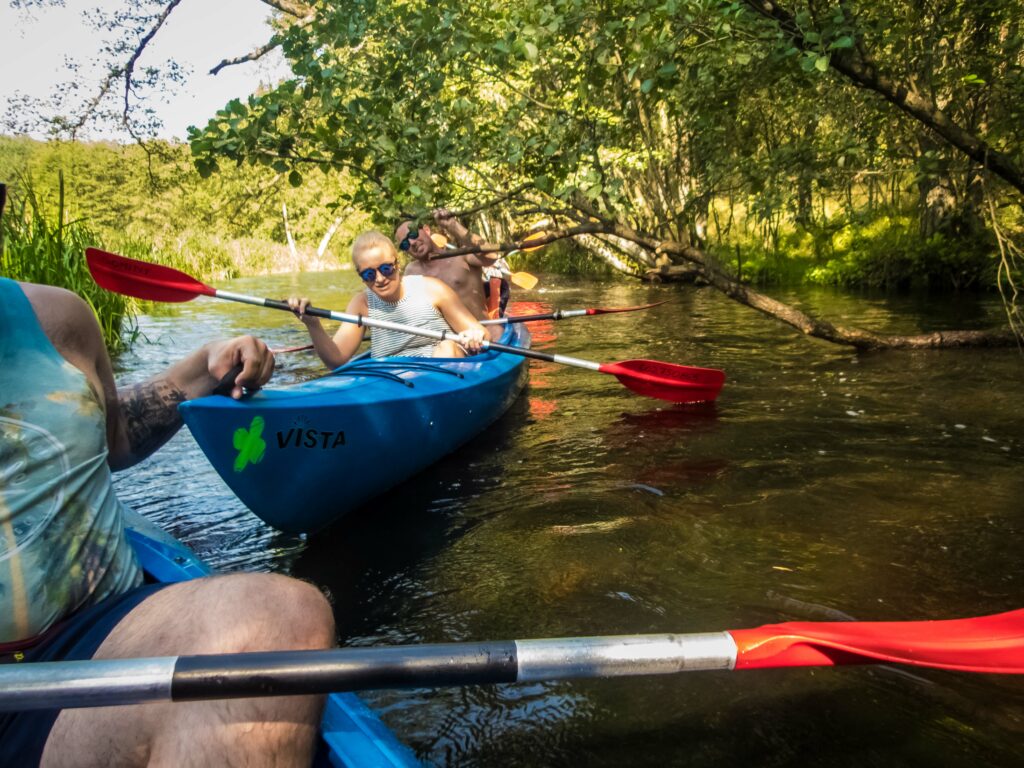 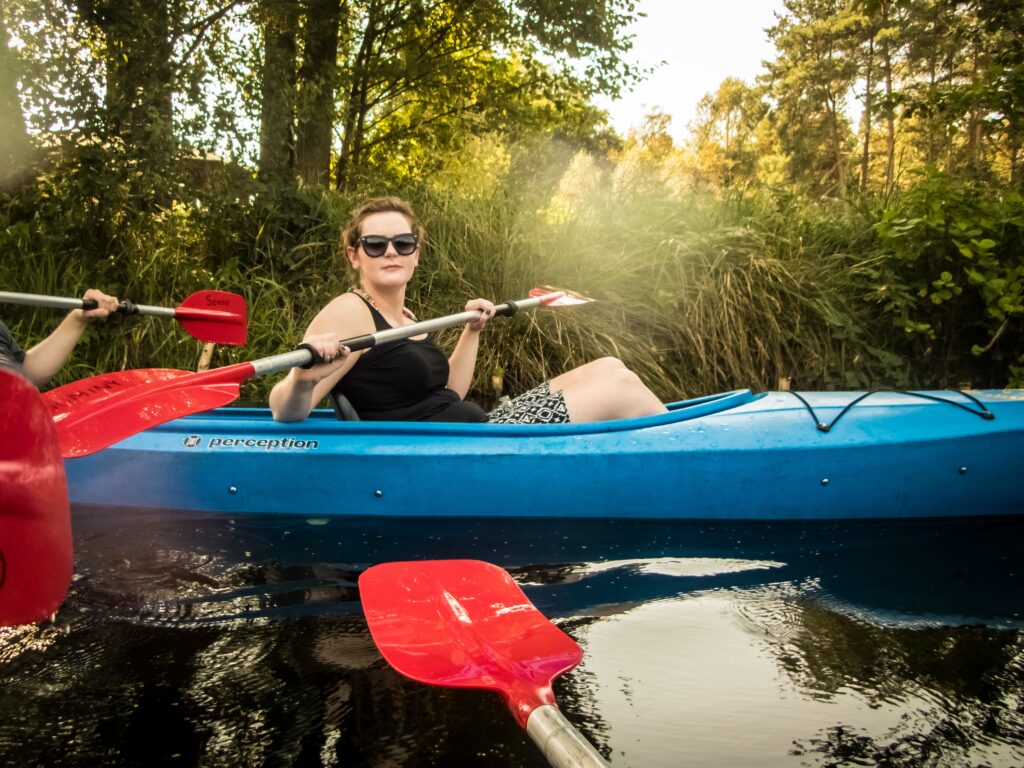 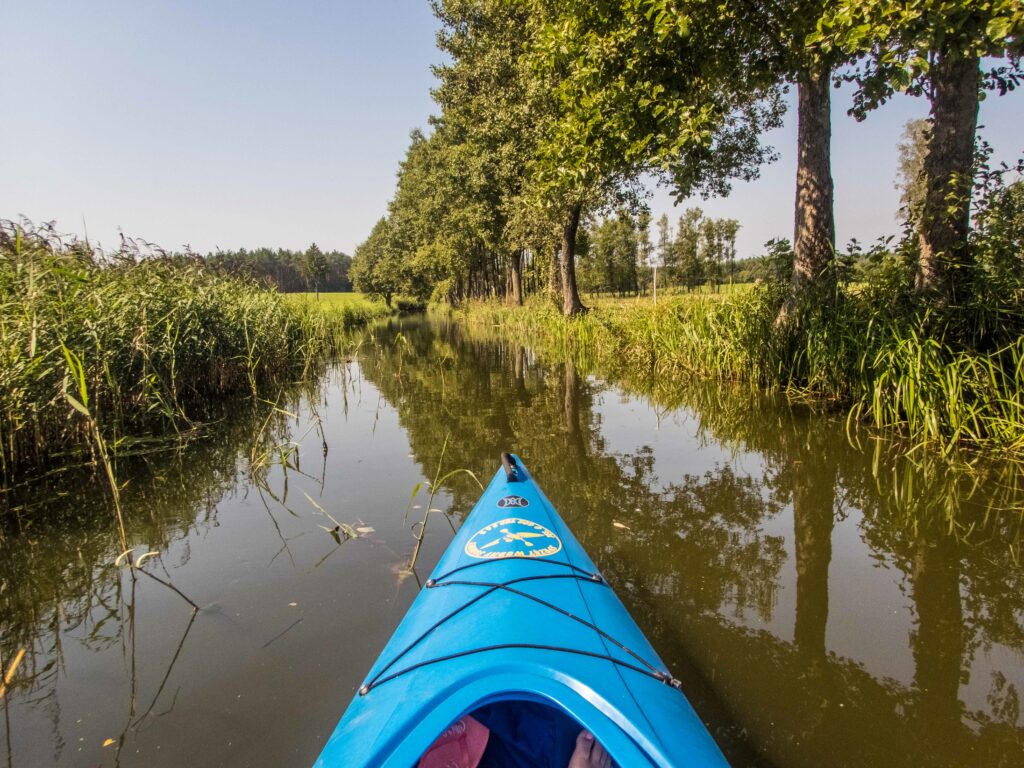 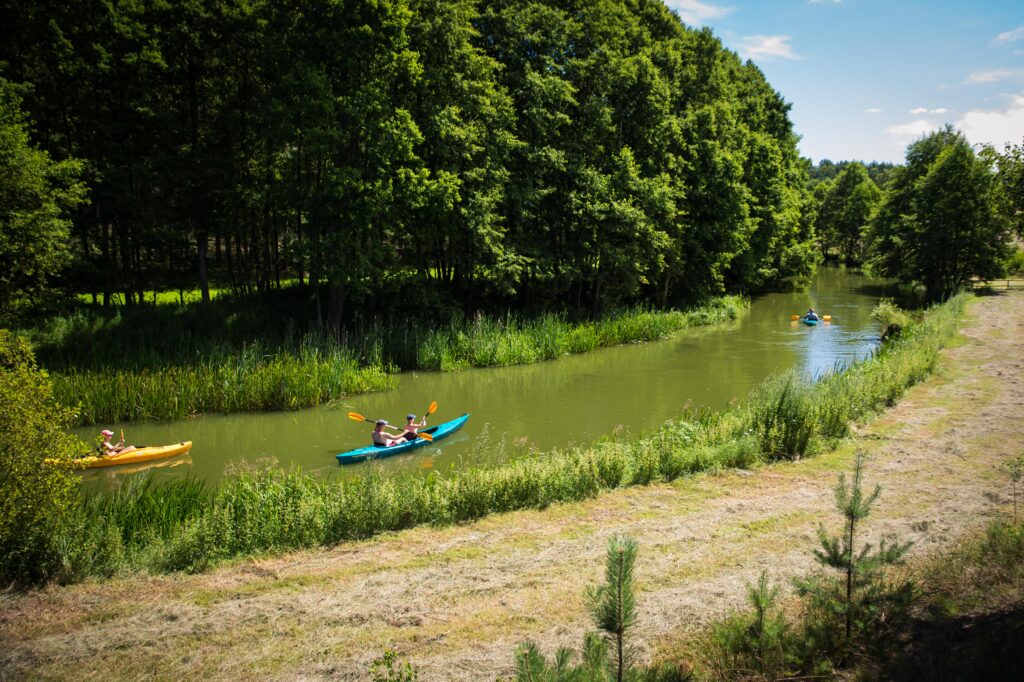 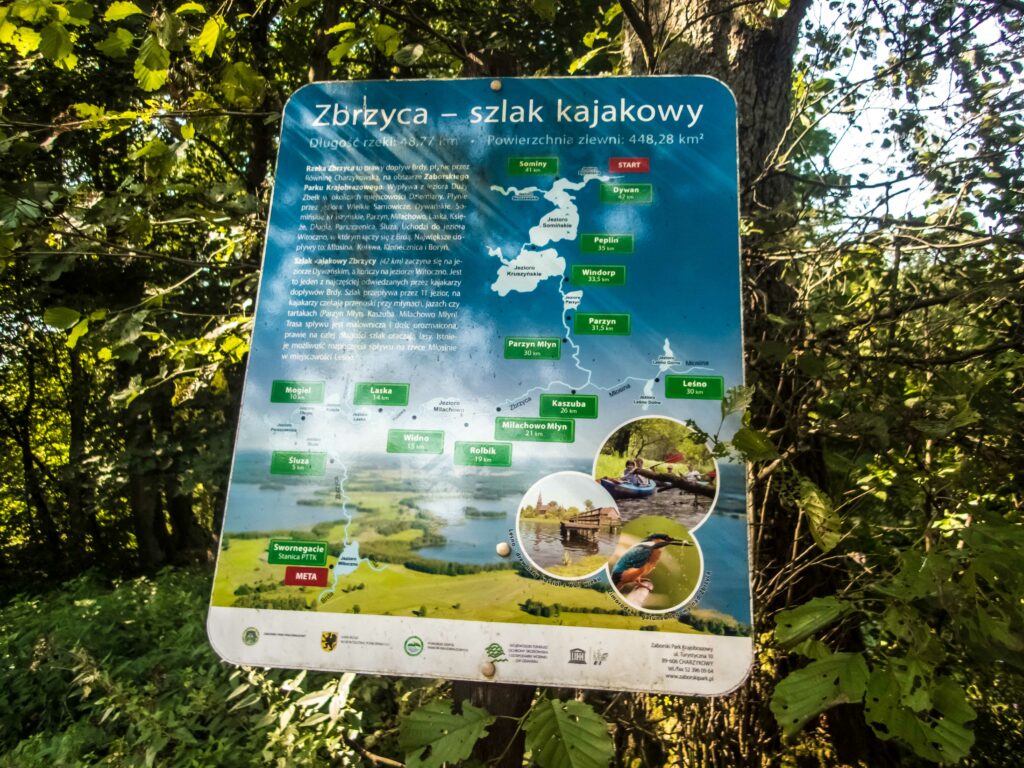 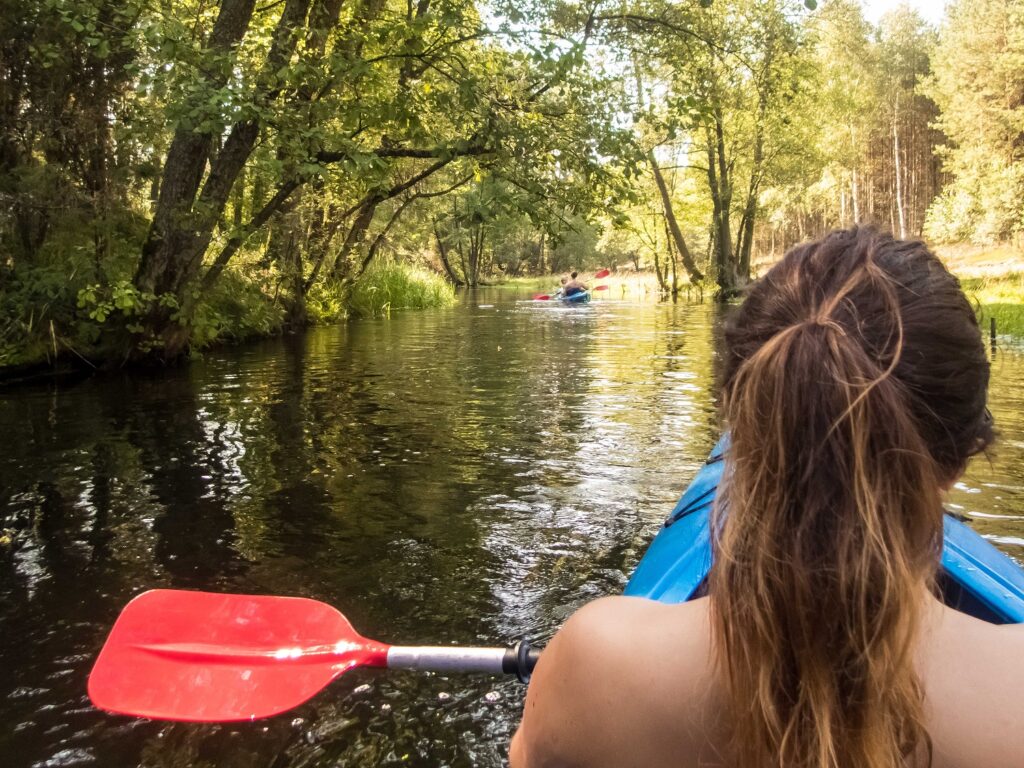 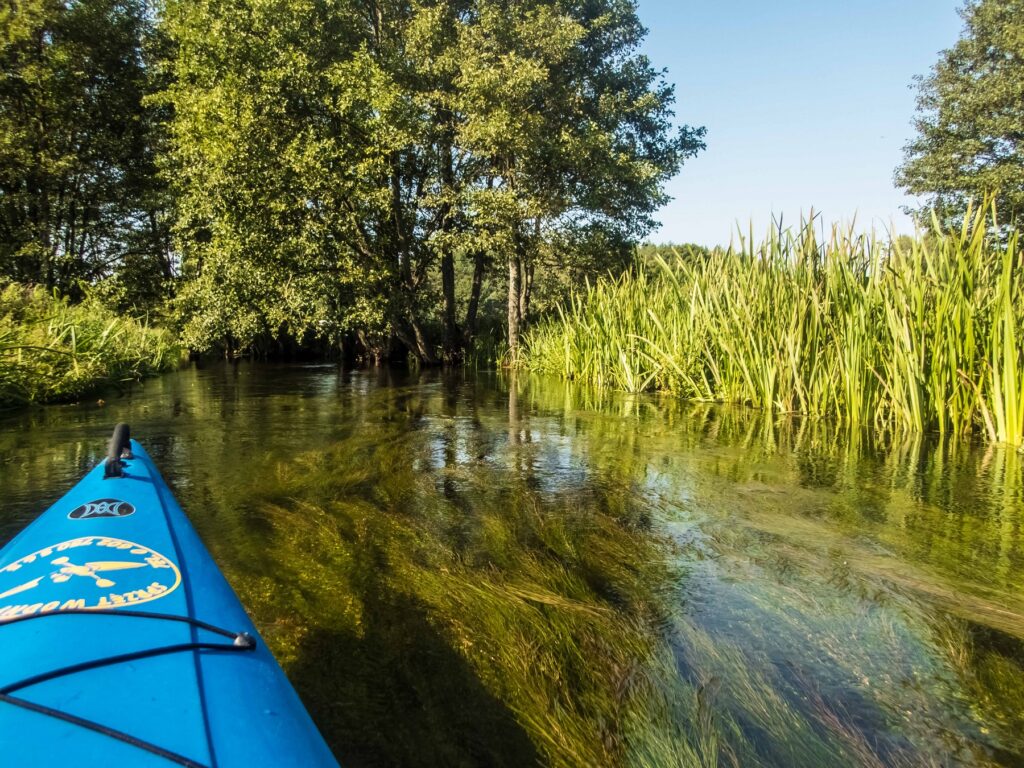 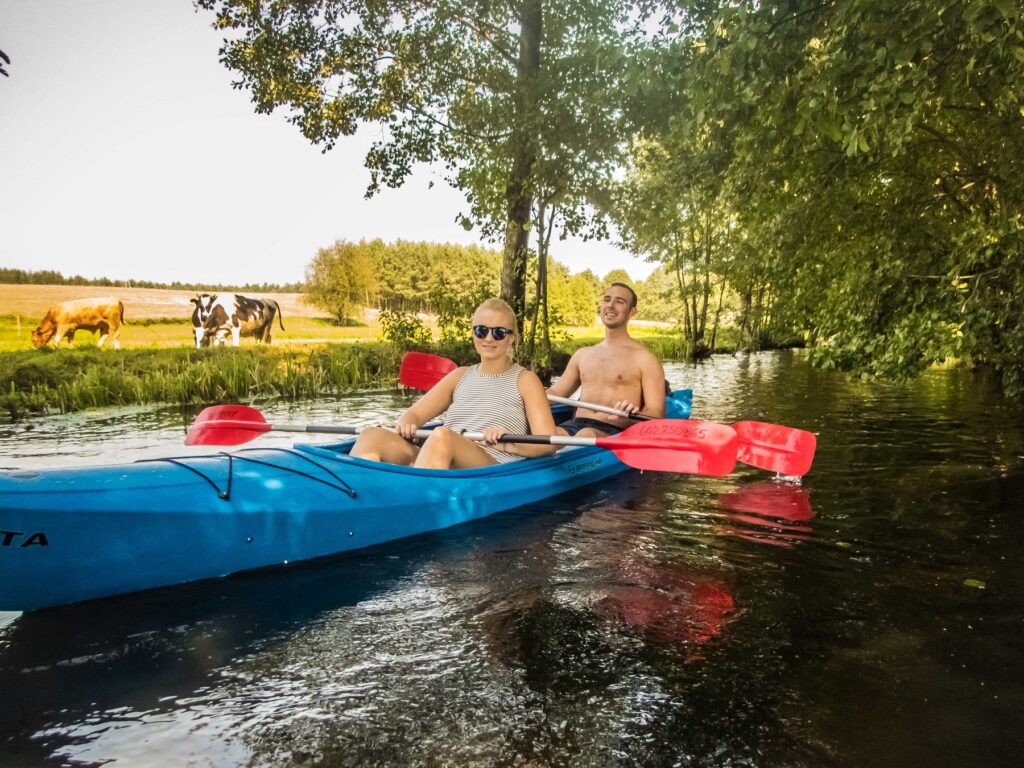 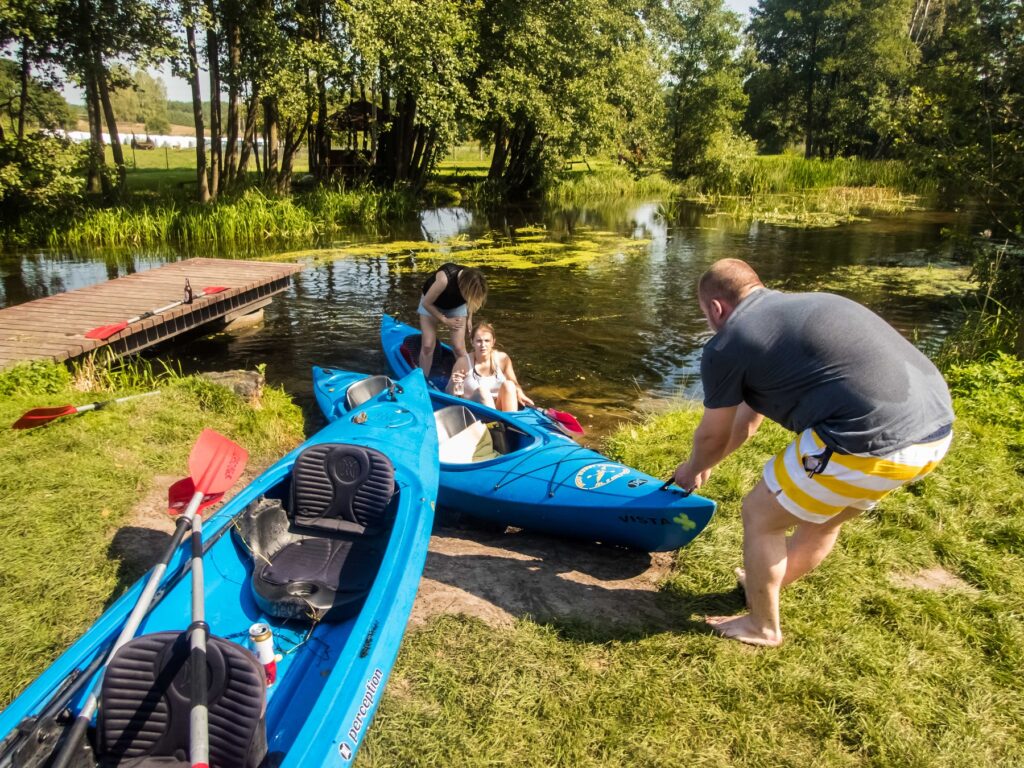 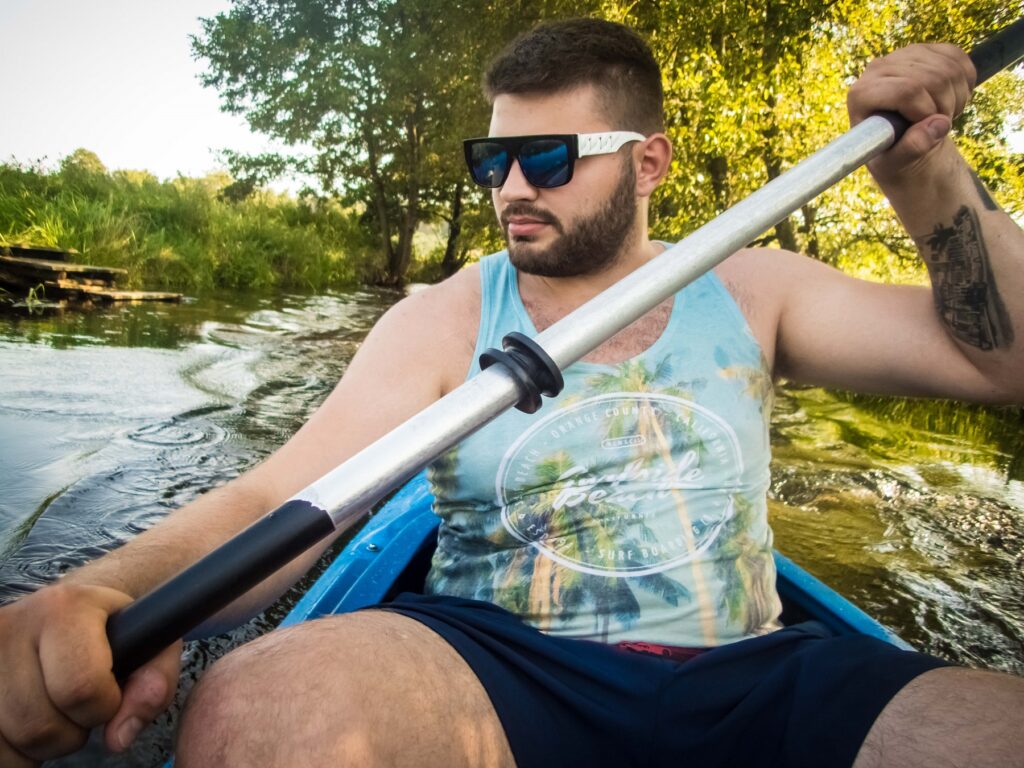 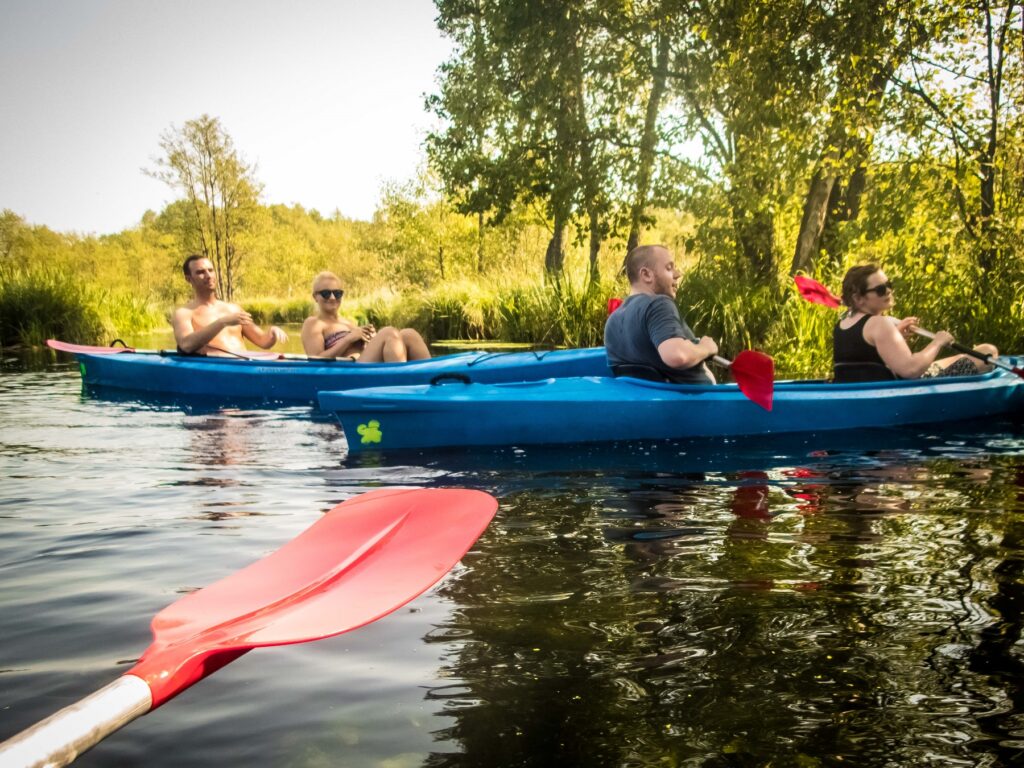 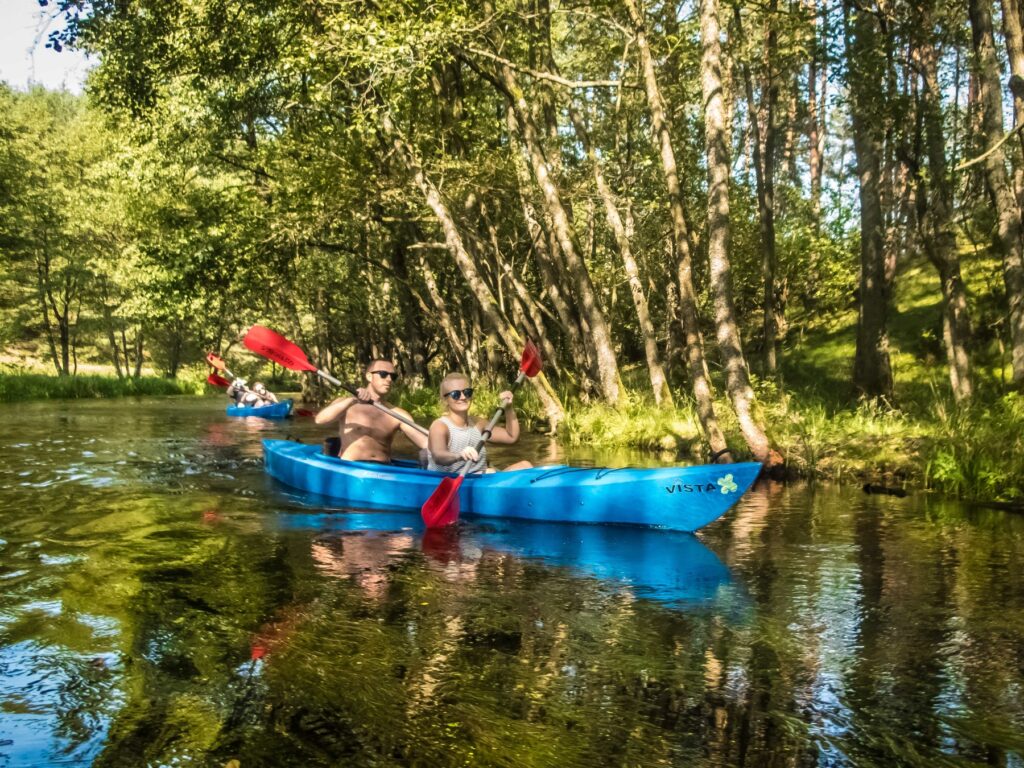 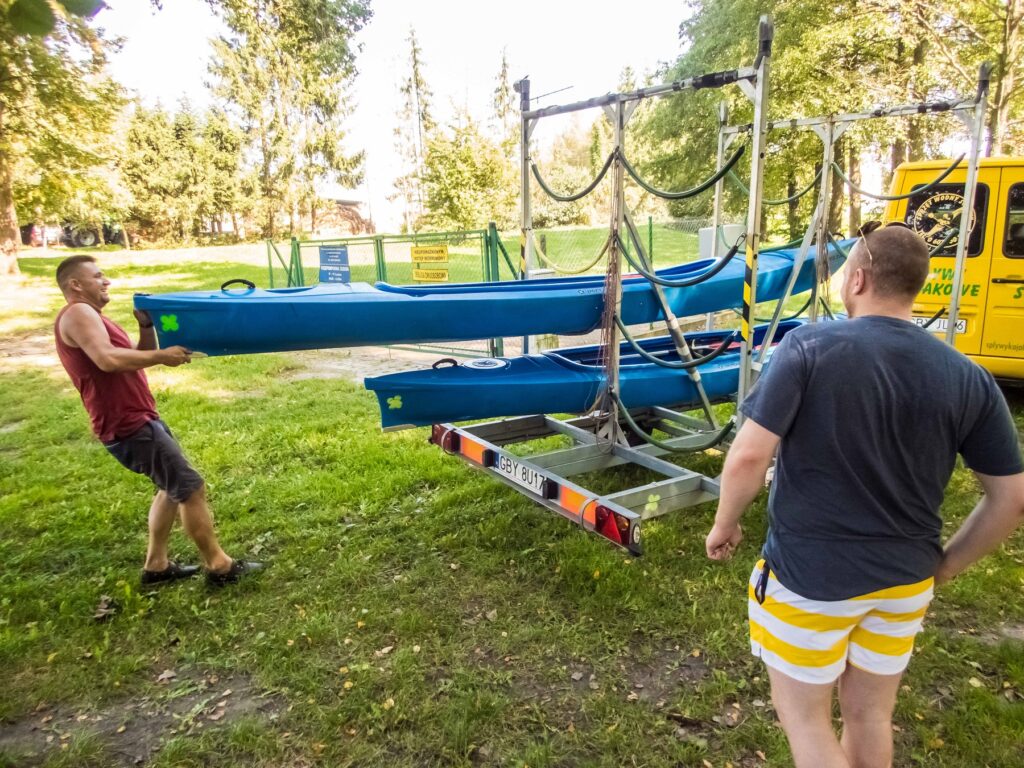 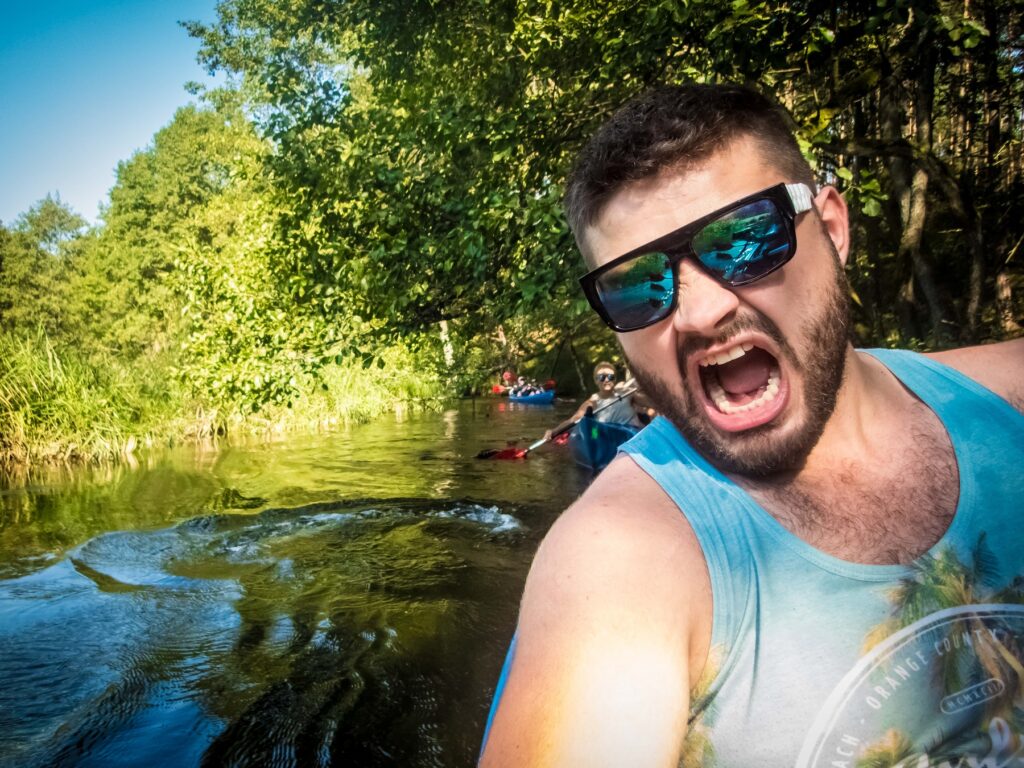 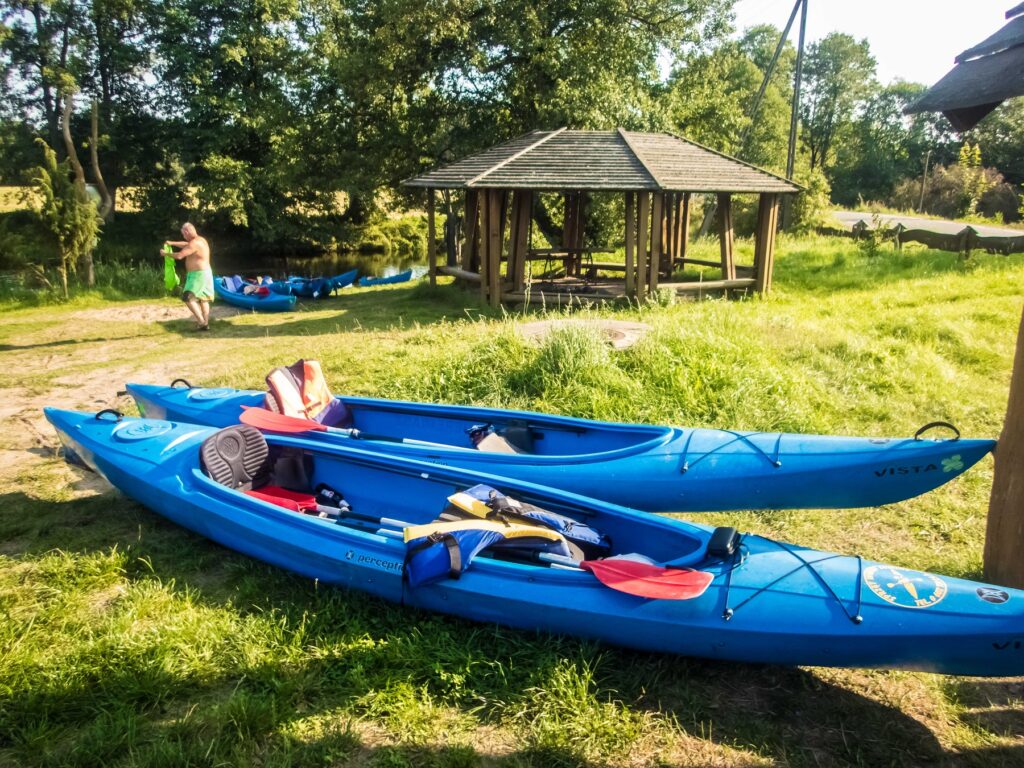 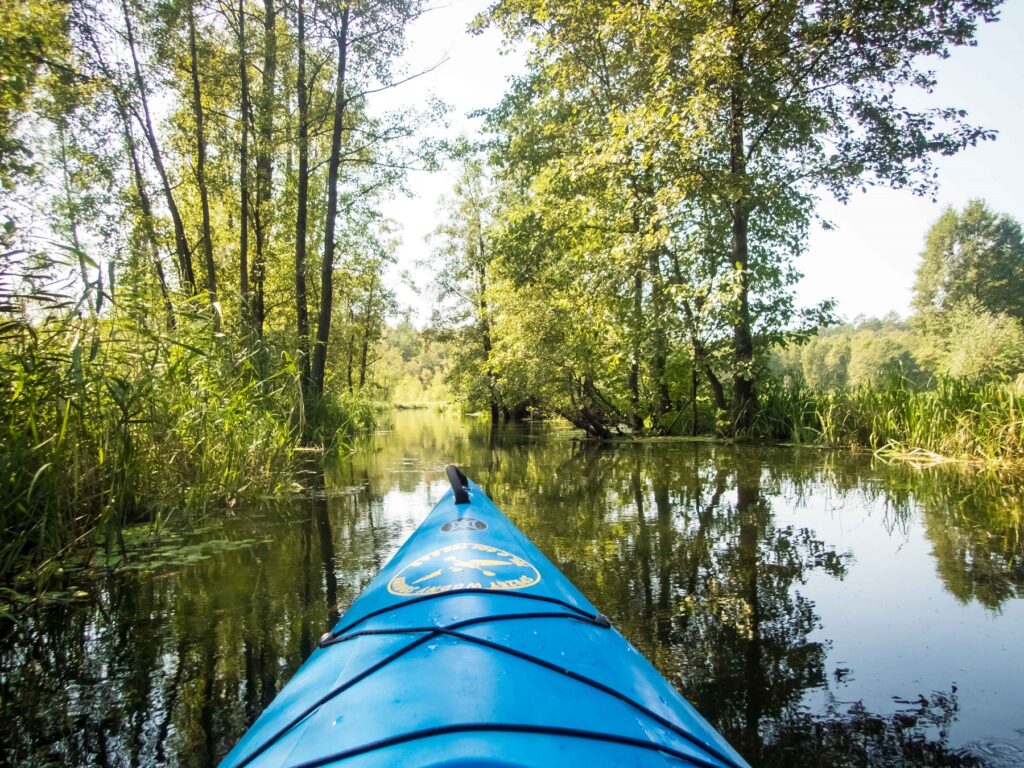 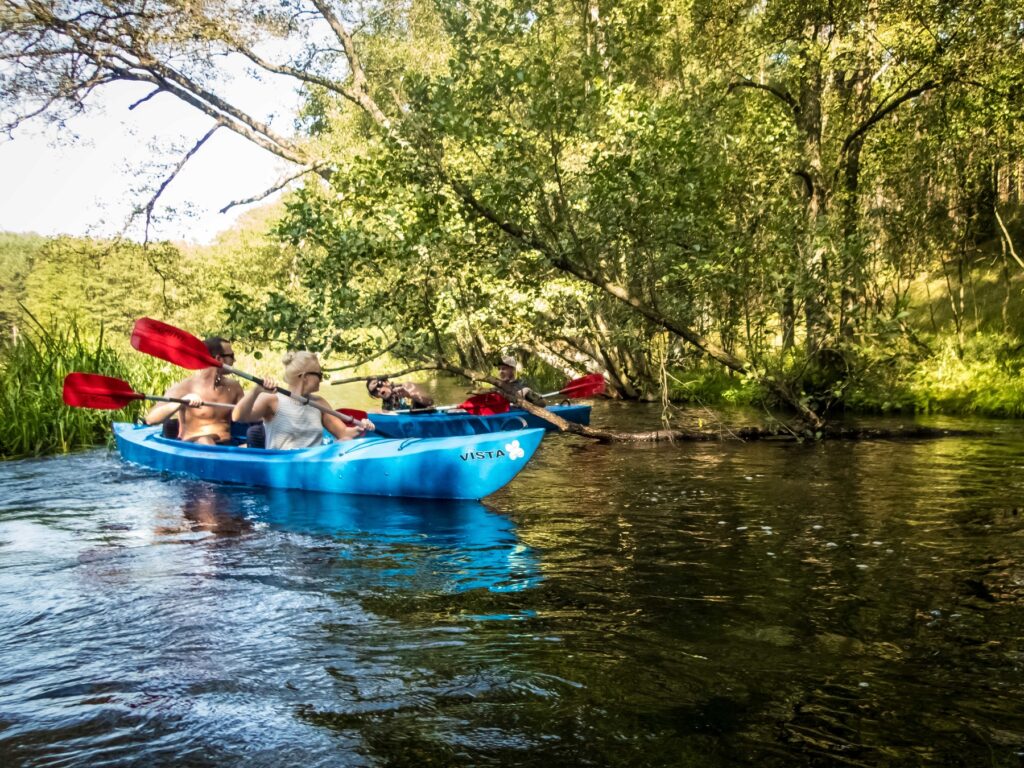 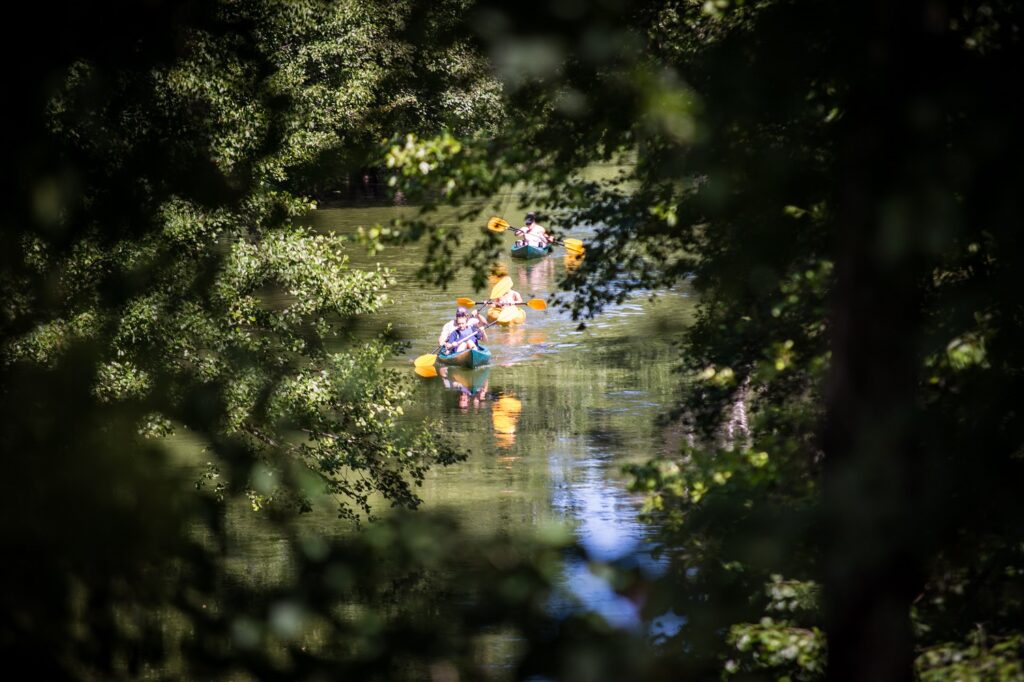 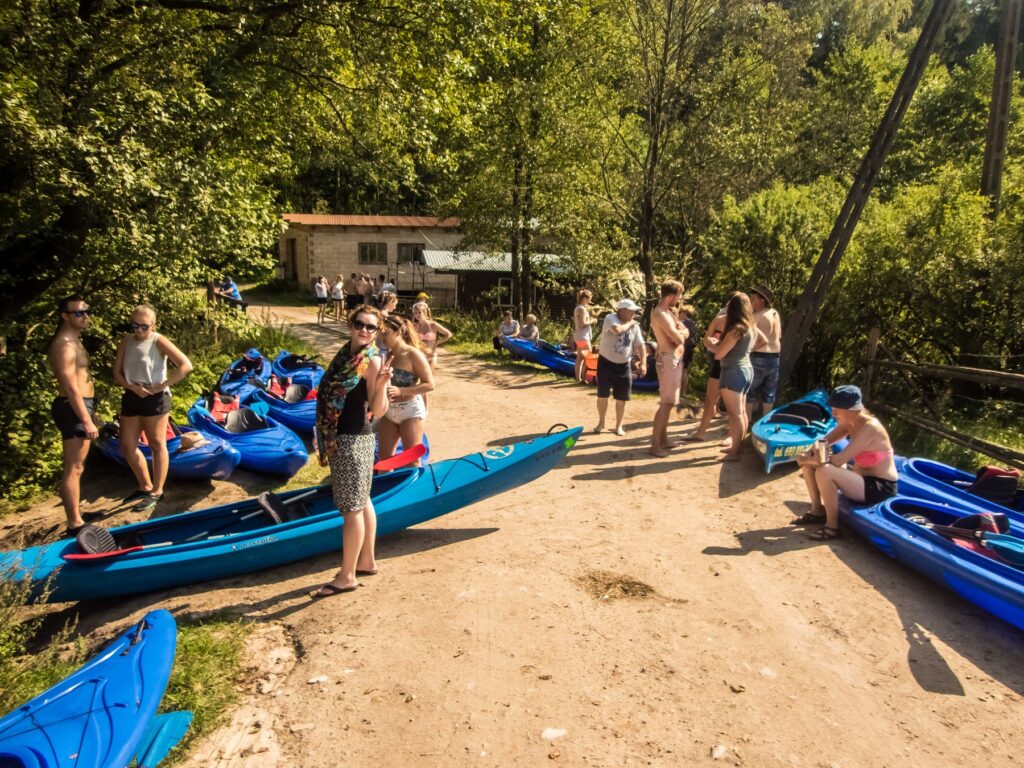 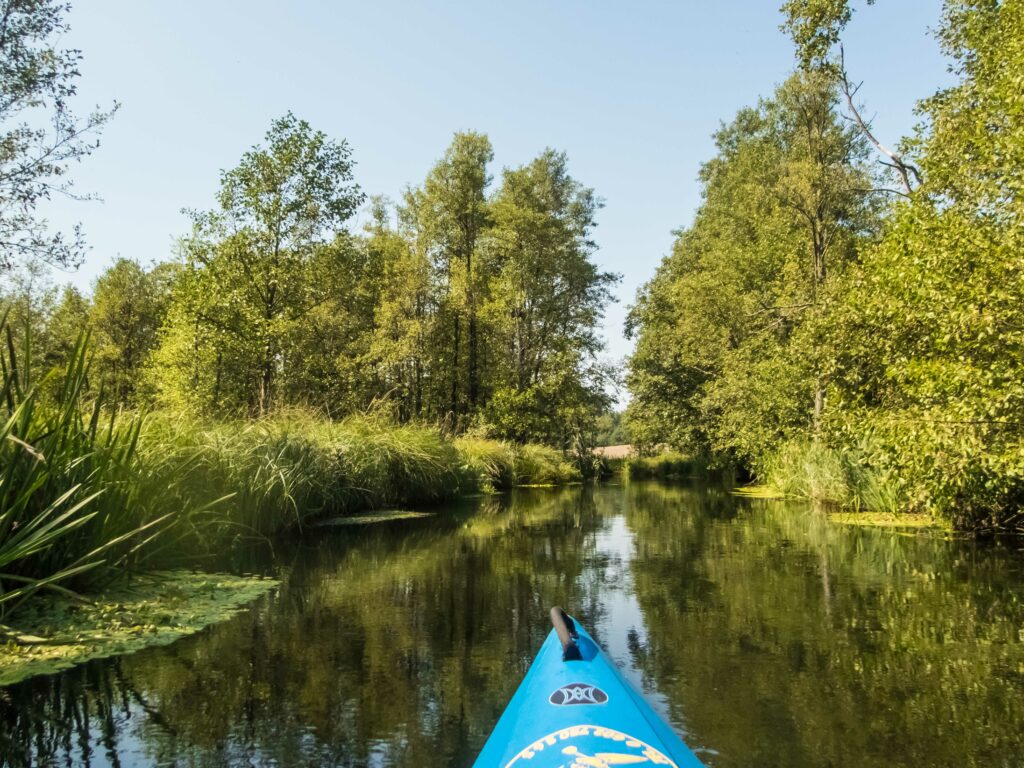 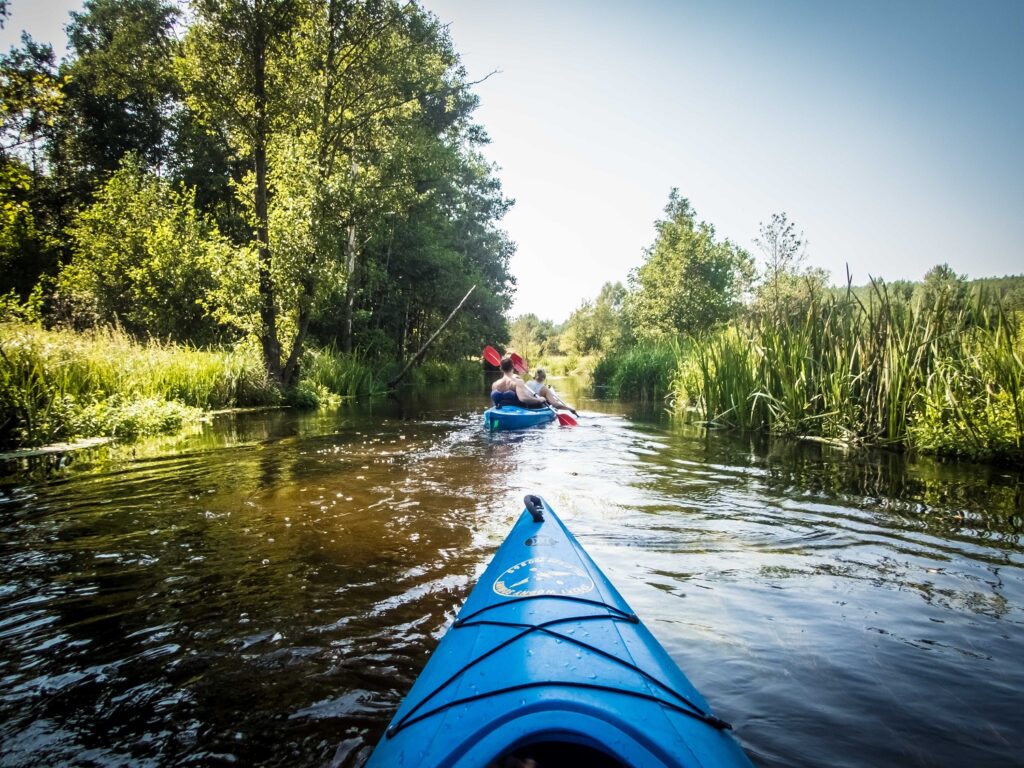 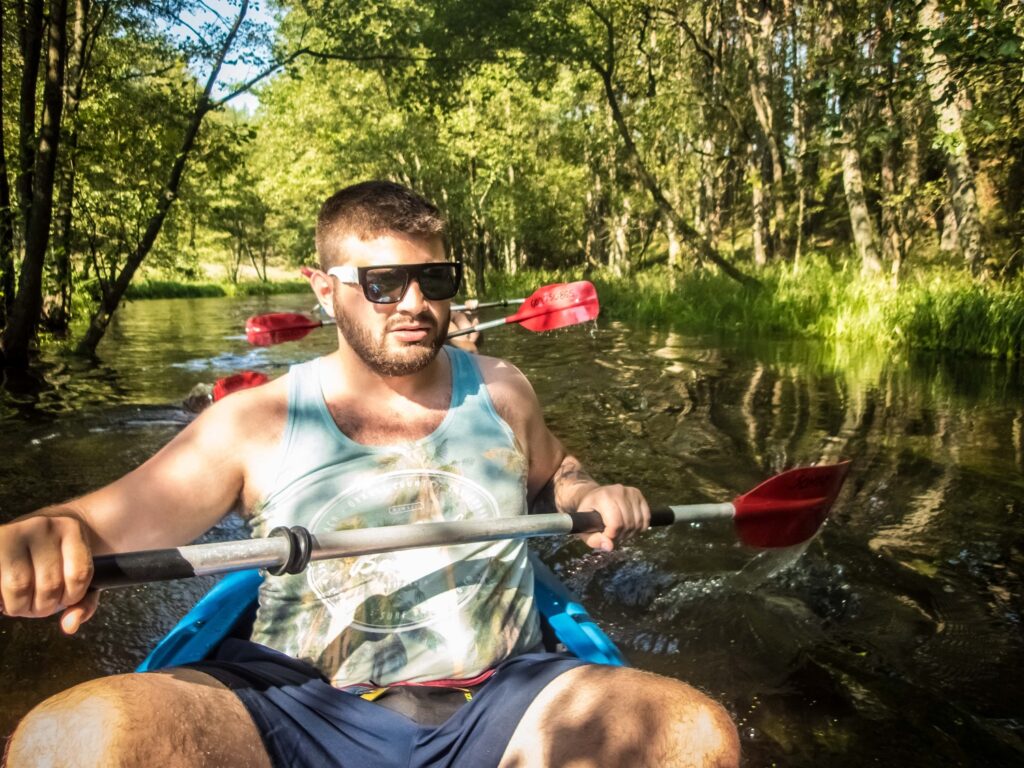 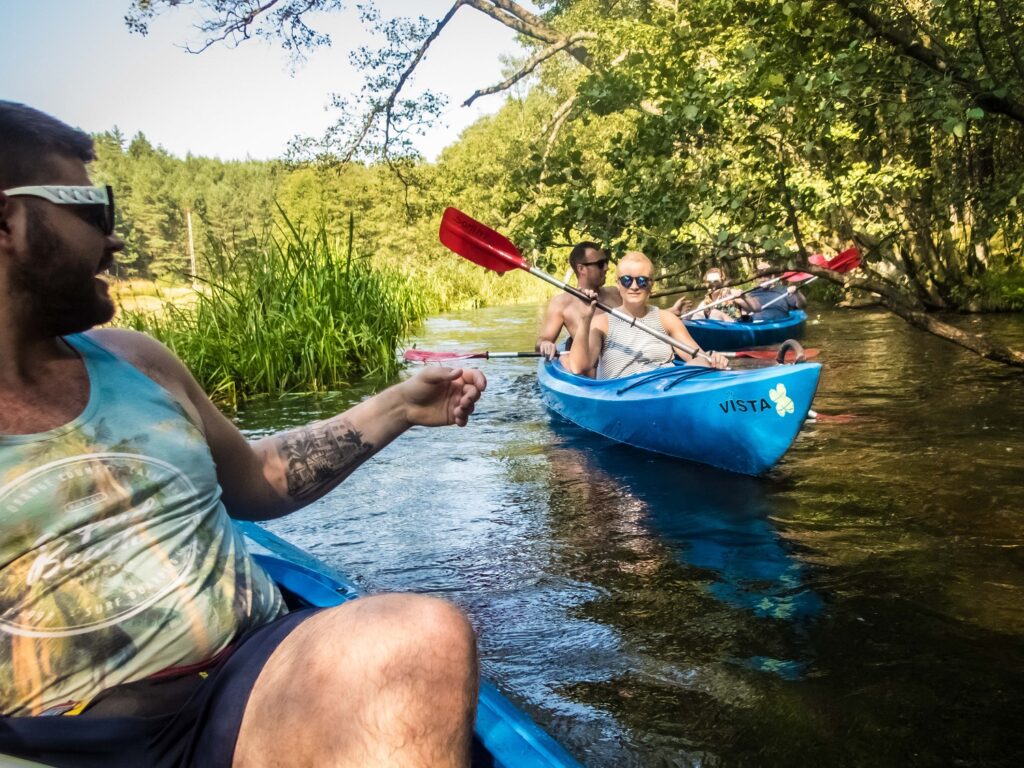 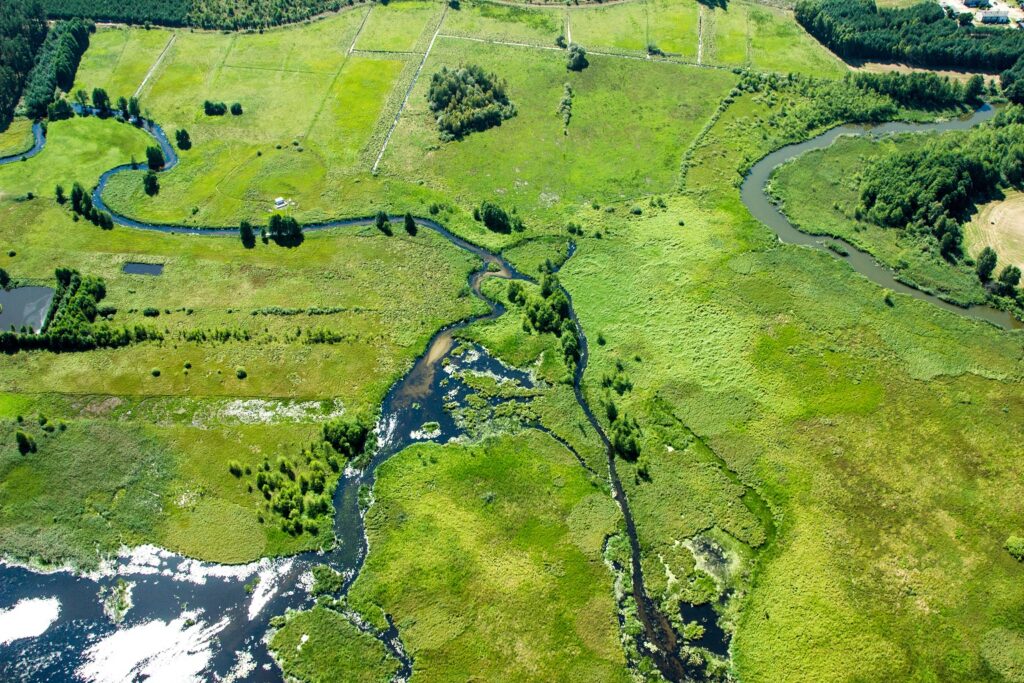 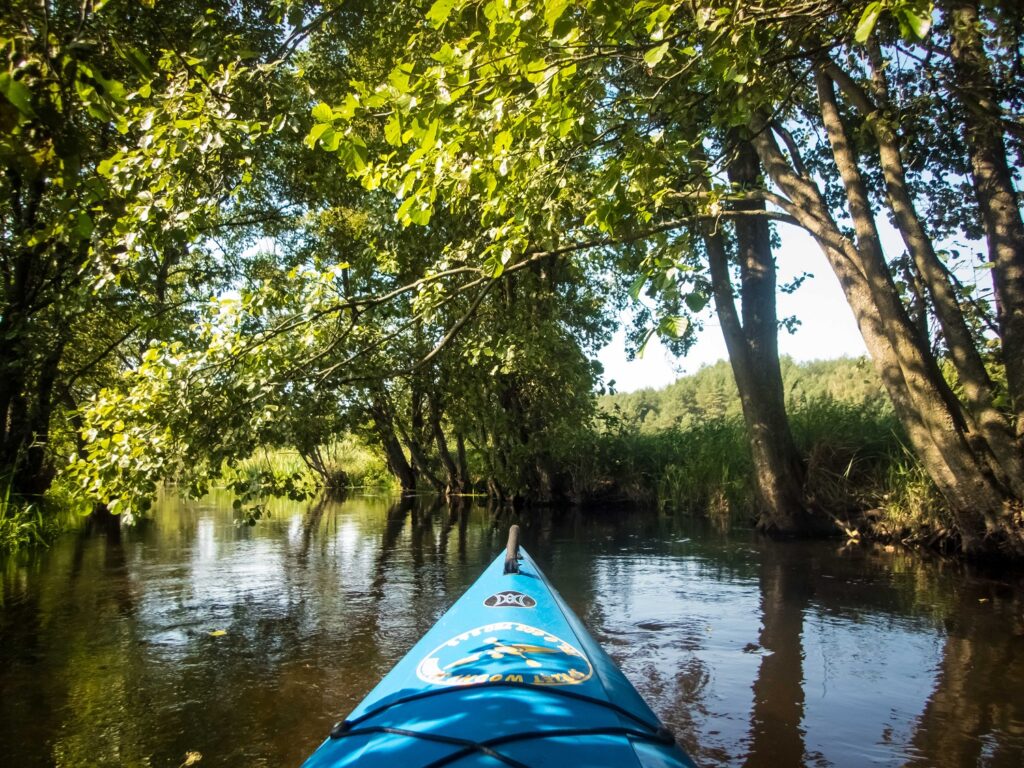