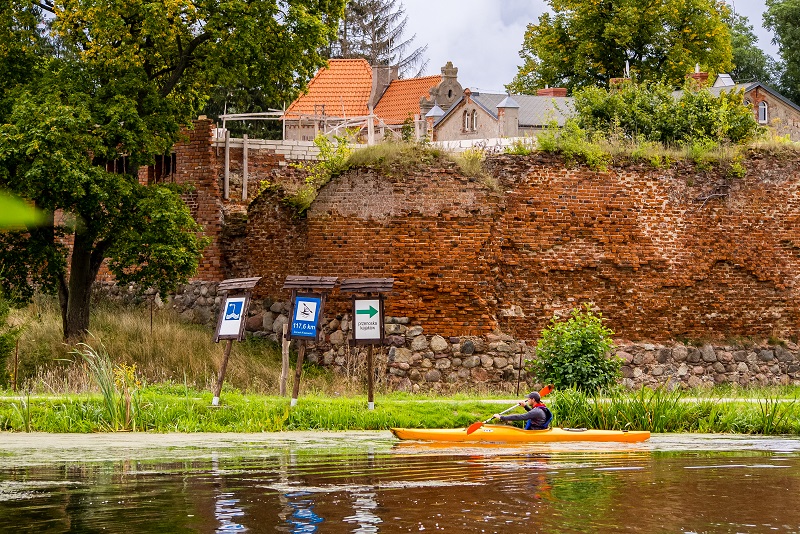 The route of the Wierzyca River is regarded as moderately difficult and moderately arduous, especially due to the presence of hydroelectric power stations, weirs and closed mills. The Wierzyca route includes two interesting lakes, namely Wierzysko and Zagnanie, twelve hydroelectric power stations, some of them historic (e.g. Owidz, Stocki Młyn, Czarnocińskie Piece, Kolnicz), the ruins of a Teutonic castle in Zamek Kiszewski, a post-Cistercian church in Pogódki, the Old Town in Starogard Gdański, the post-Cistercian complex with the cathedral in Pelplin, the Teutonic castle in Gniew with the Old Town, and the stronghold in Owidz.

You need about 8 days to cover the entire river. The Wierzyca River meanders beautifully and often changes direction, but can often be treacherous. You should not be fooled by the calmer current as there are many fallen trees and numerous boulders hidden underwater. Due to the speed of the current and portages, the route is suitable for more experienced kayakers. In its upper stretch between Lake Wierzysko and the mouth of the Wietcisa River, the river has a variable character, with meandering and meadow sections interspersed with longer forest stretches. In the meadow sections, the river flows lazily and unobstructed; in the forest area the current speeds up and obstacles appear in the form of fallen trees and small rocky rapids. Along the route, there are numerous but short portages. After passing the mouth of the Wietcisa, the river becomes much wider (20 m), the current clearly speeds up and the route runs mainly through lonely forest areas. Numerous difficulties, trees, boulders, rocky rapids. A beautiful and very scenic section of moderate difficulty. The route reaches Starogard Gdański, which is the largest town on the route. Further on, to the very mouth of the Vistula River, the river flows quickly, mainly through meadows, with few obstacles such as sections with fallen trees in the riverbed, e.g. before Pelplin. There are also several hydroelectric power stations (5). 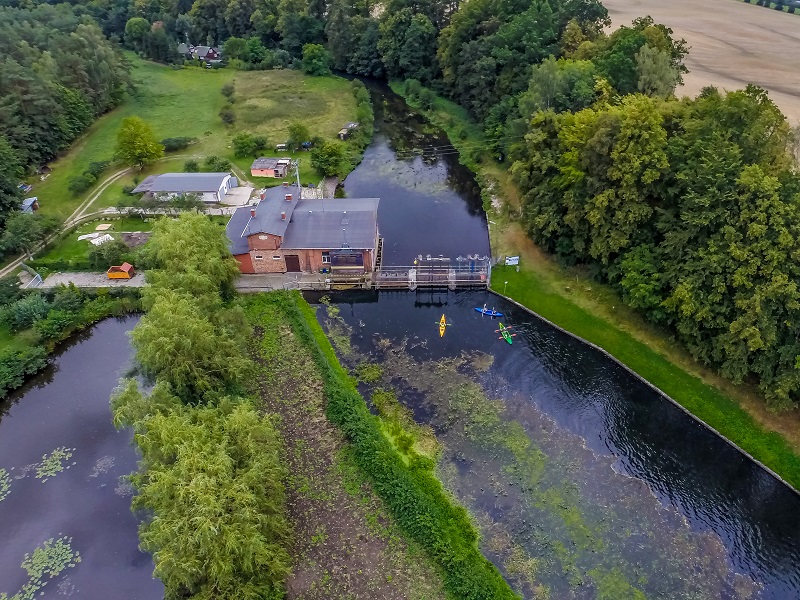 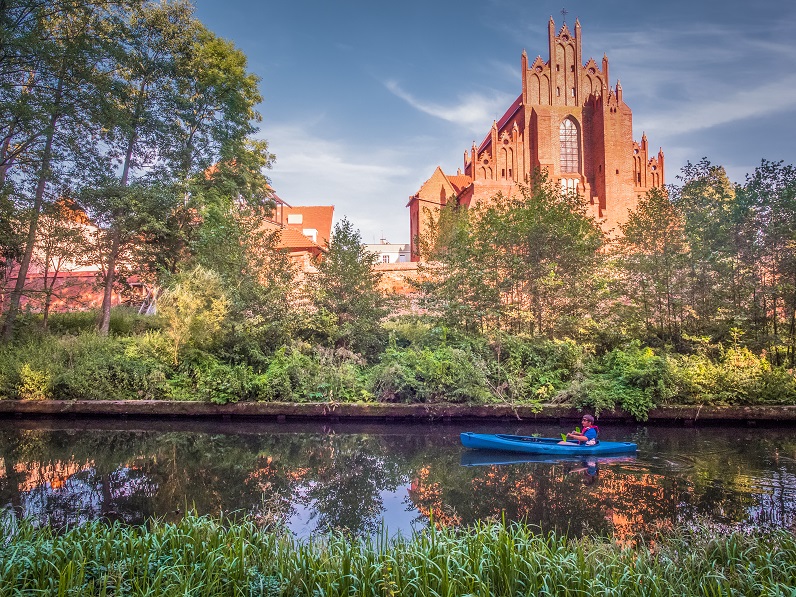 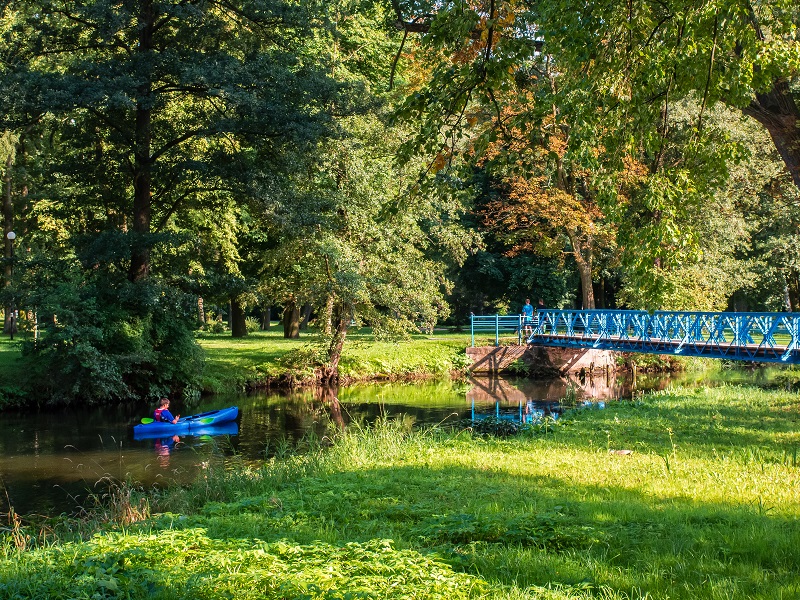 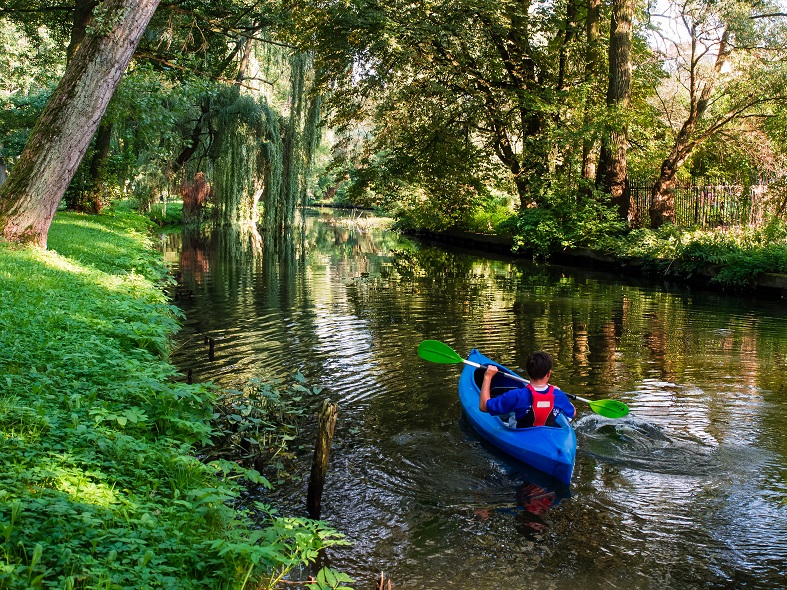 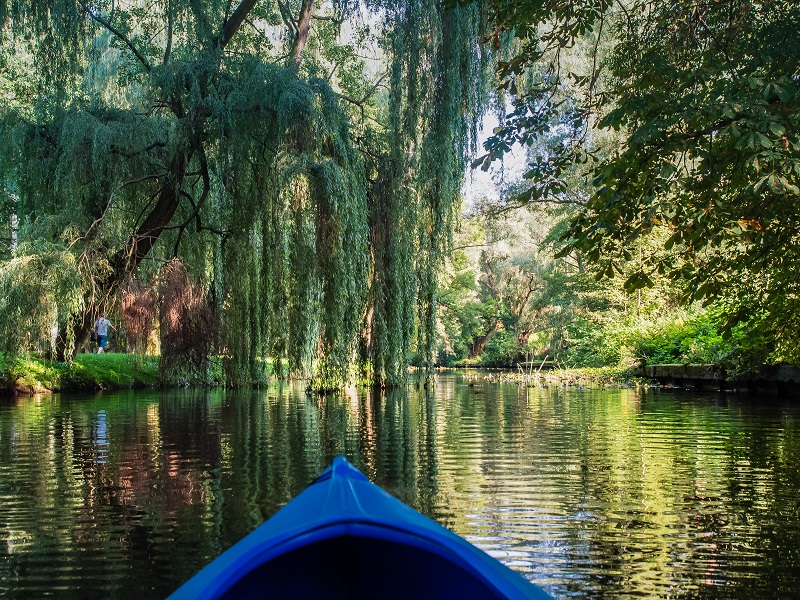 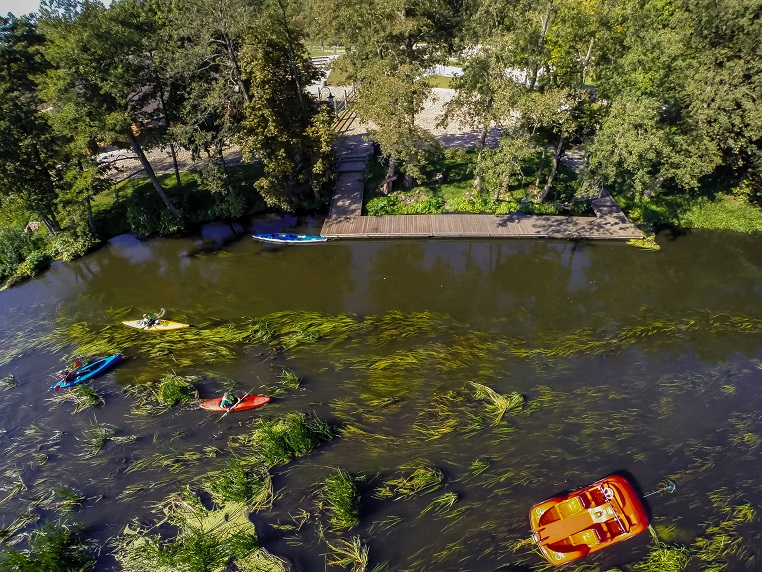 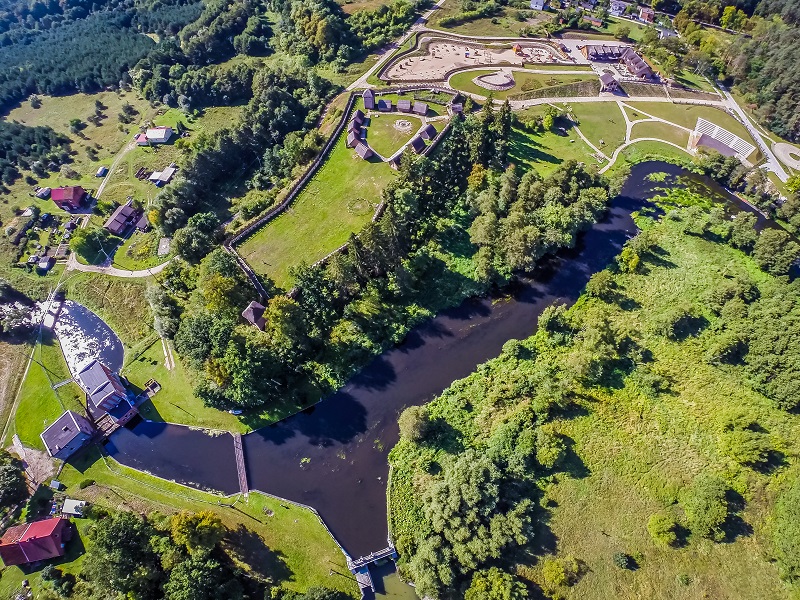 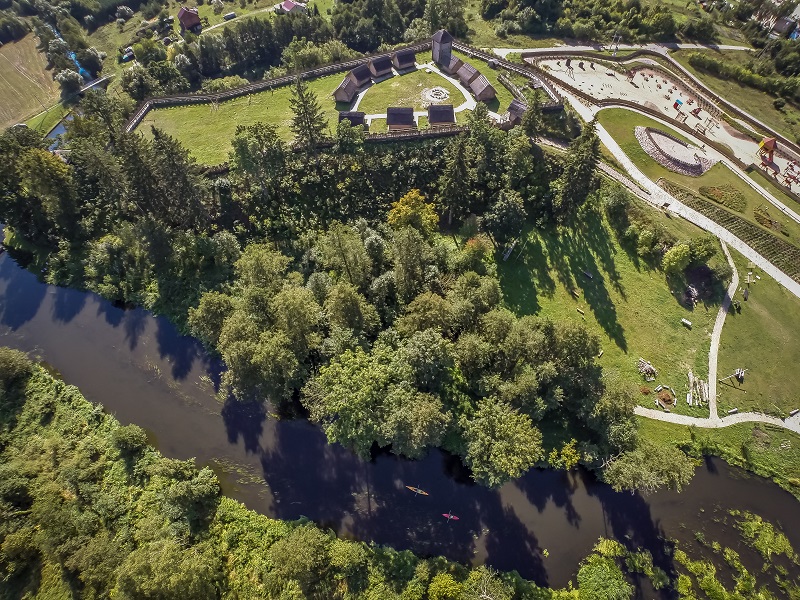 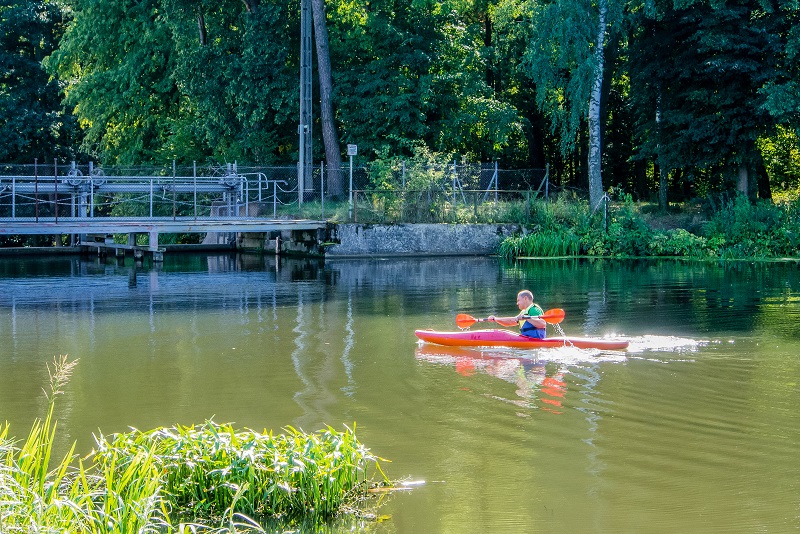 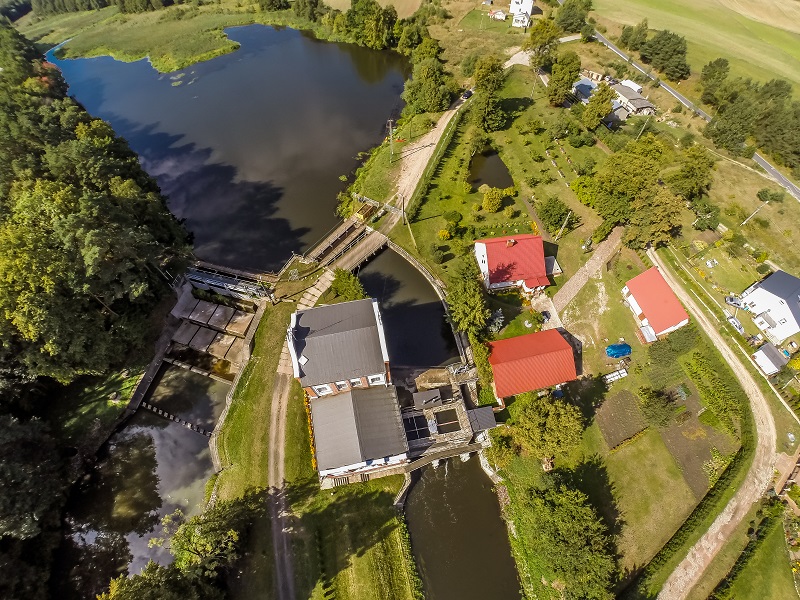 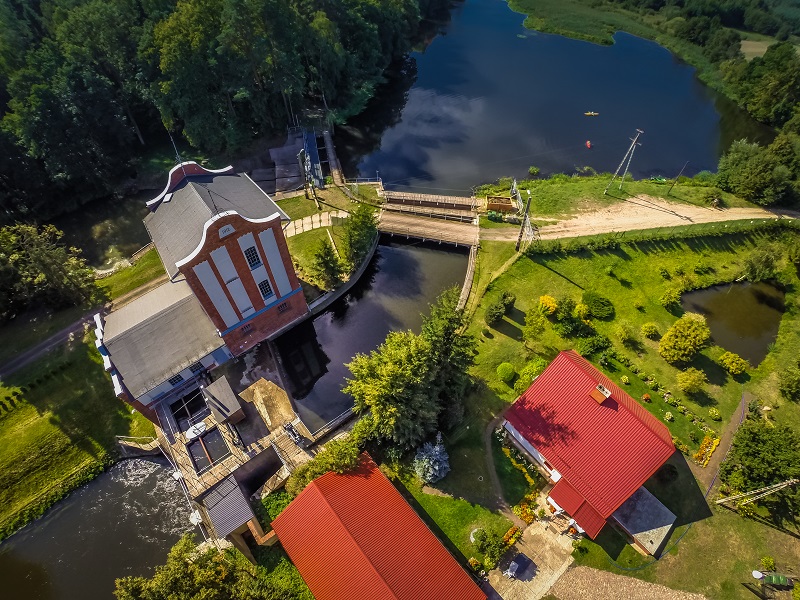 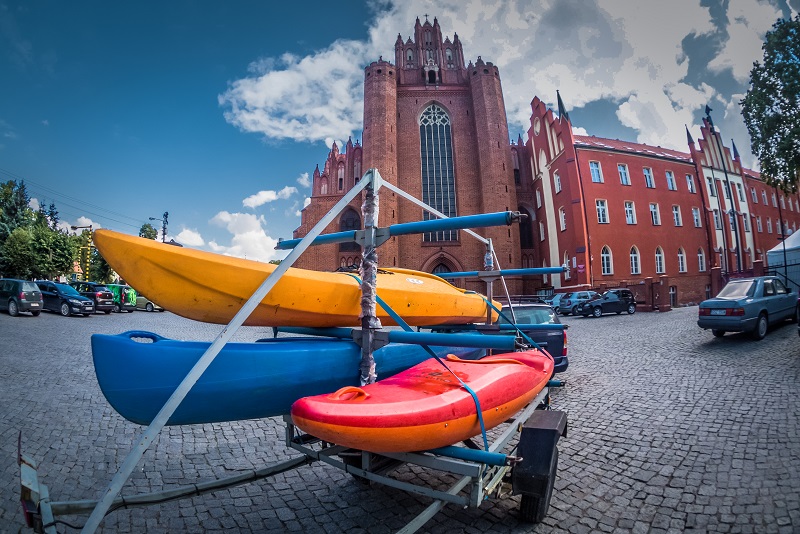 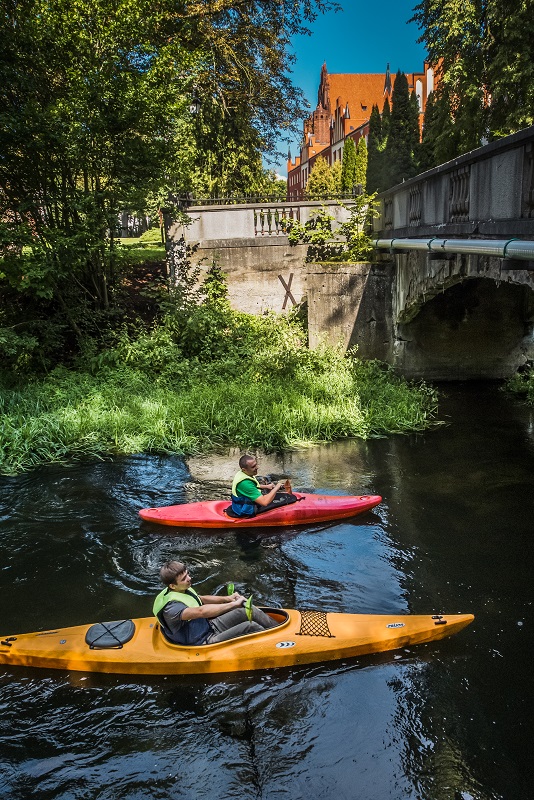 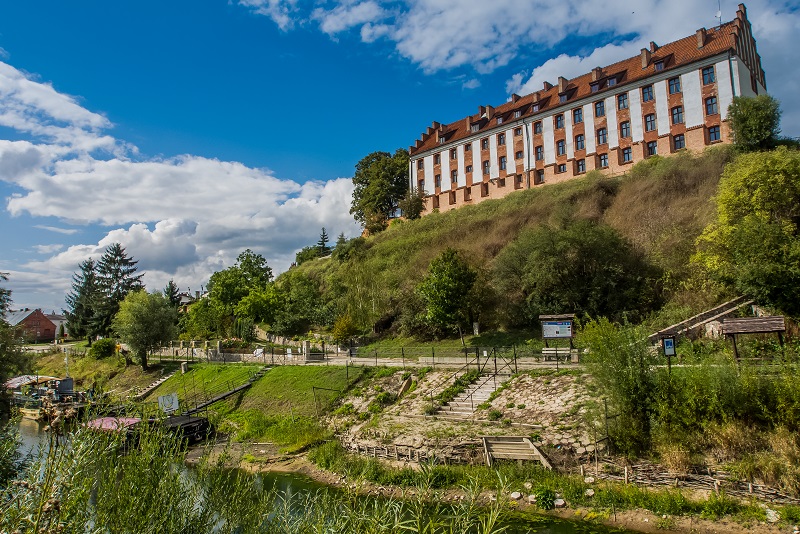 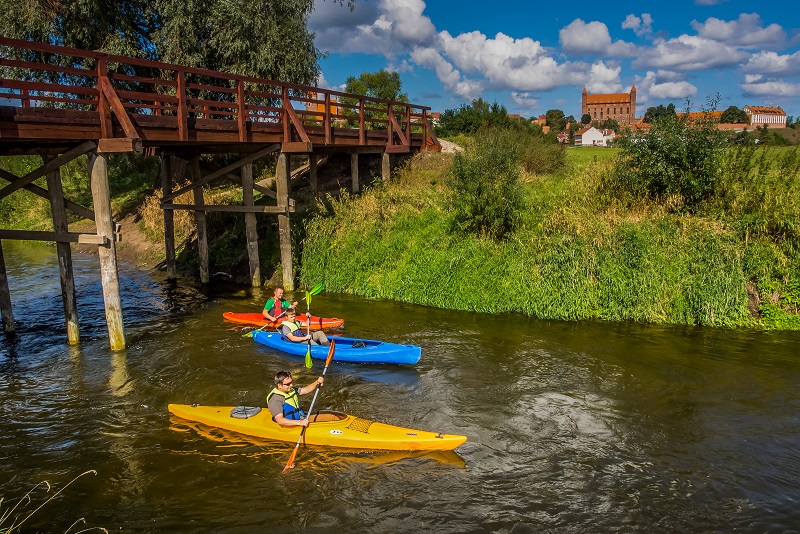 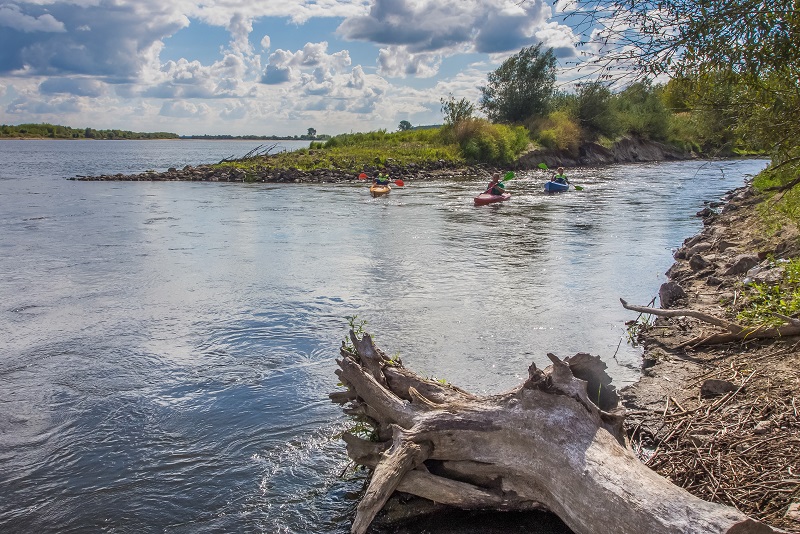 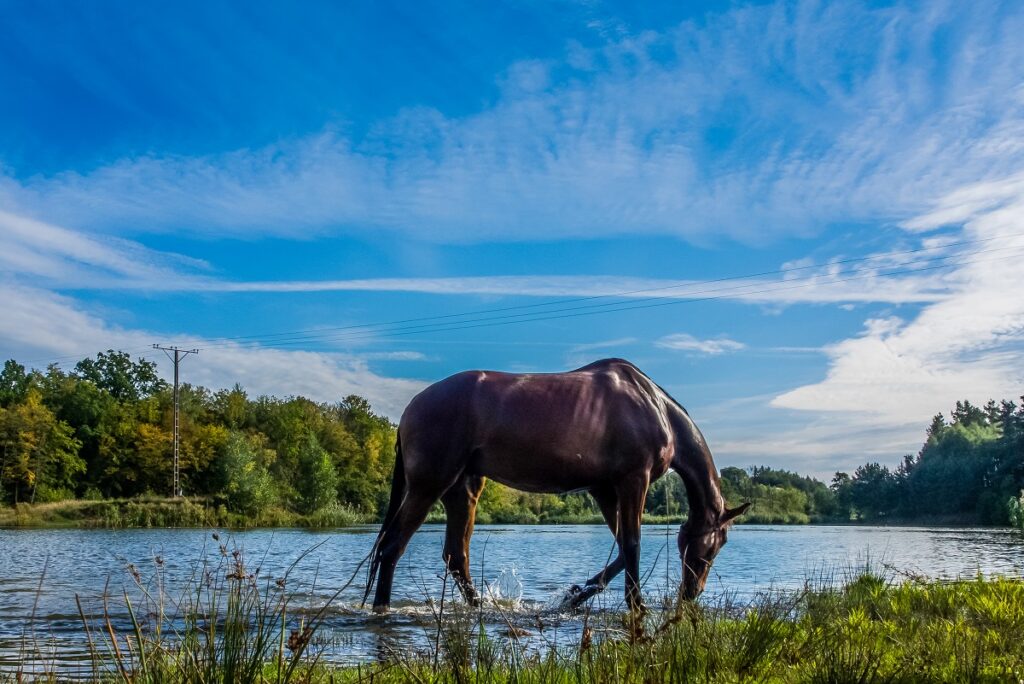 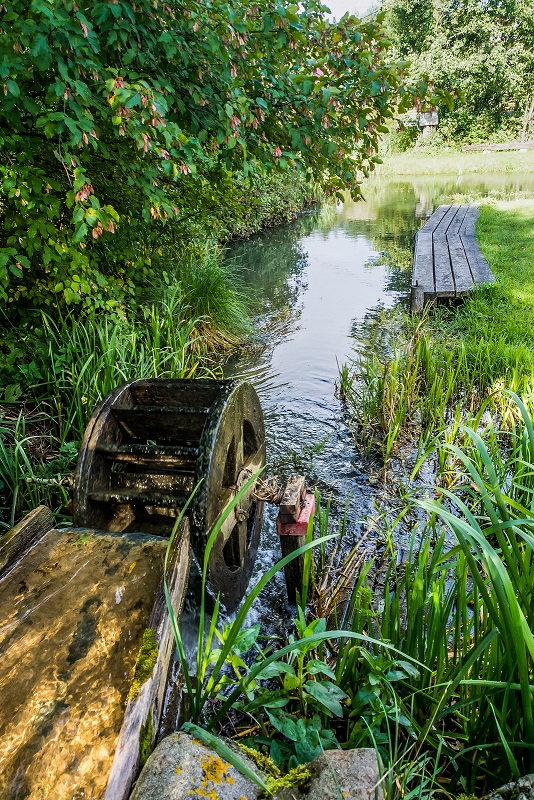