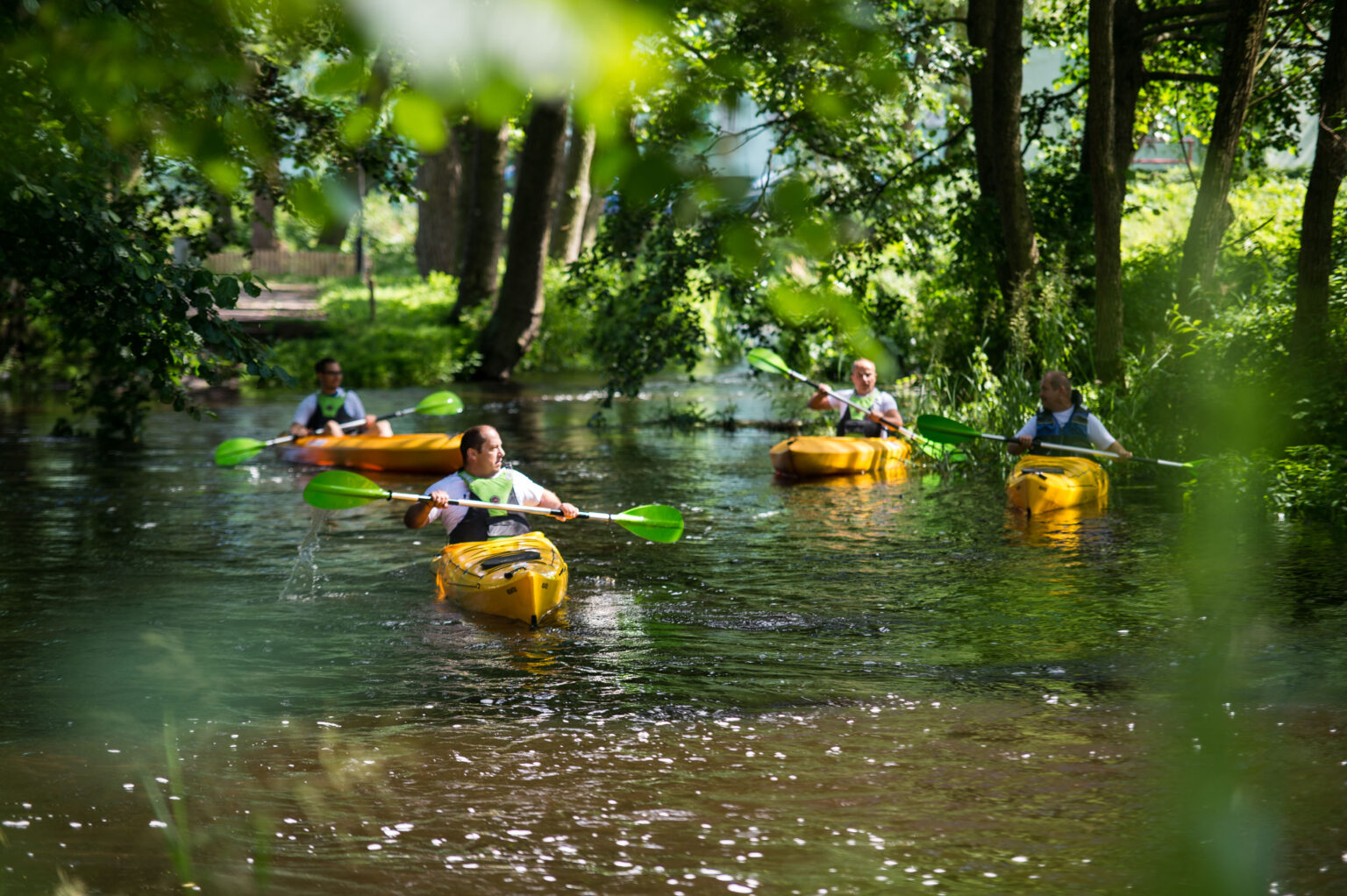 Rzewnica is situated among the most beautiful and frequented canoeing routes in northern Poland. The border between the Odra and Vistula river basins running through the territory of the Rzeczenica commune allows tourists spending their holidays here to use the rivers known and liked by canoeists – such as the Brda, but also less known (and less crowded), such as Gwda, Czernica and Biała.
The Rzewnica Tourist Complex, of course, offers tourists the opportunity to practice canoeing. Rzewnica, thanks to its location on the Brda trail, is a natural canoeing station and it is this river that is most often used by tourists. However, Rzewnica rental gives the possibility to organize trips on any trail. Fans of this discipline have several dozen kayaks at their disposal (along with accessories) and several campsites on individual routes.